The Division 2: Warlords of New York, Season 2 – Keener’s Legacy began its second League this week; the Luna League. Throughout this two-week event, Agents are challenged with clearing time trials of several missions in New York City, as well as eliminating enemies with explosive kills, and making them bleed! The event-ready missions are Pathway Park, The Tombs, and Coney Island Ballpark, set to Hard difficulty and Wall Street, set to Challenging. Complete the mission within the specified time in order to gain ranks; the faster the completion, the more ranks you will earn.

League Challenges will reset after the first week, but your total earned ranks will remain, giving you another round to advance in the event stages and earn rewards. Unique to this event is the Luna Moth patch and the Moth backpack trophy, with an Exotic Cache as the penultimate reward at 54 stages. 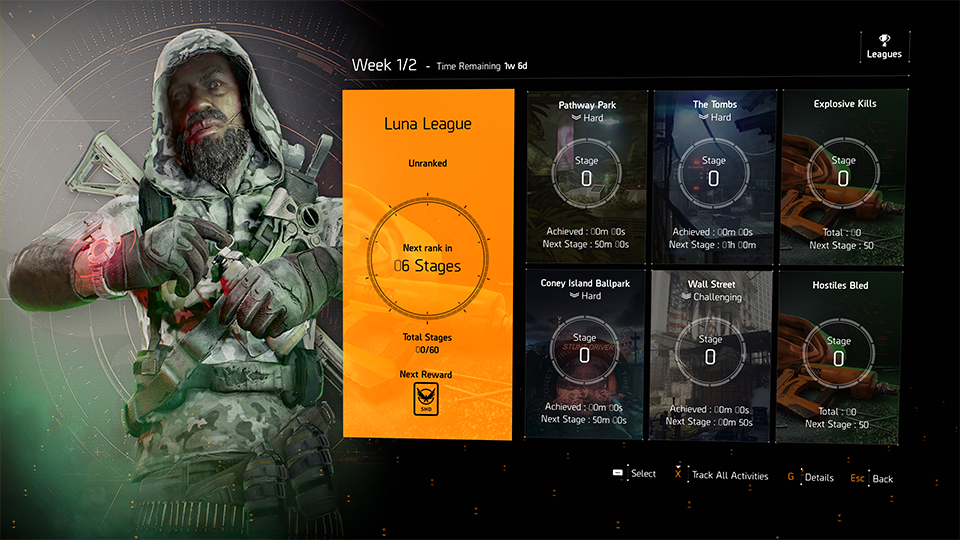 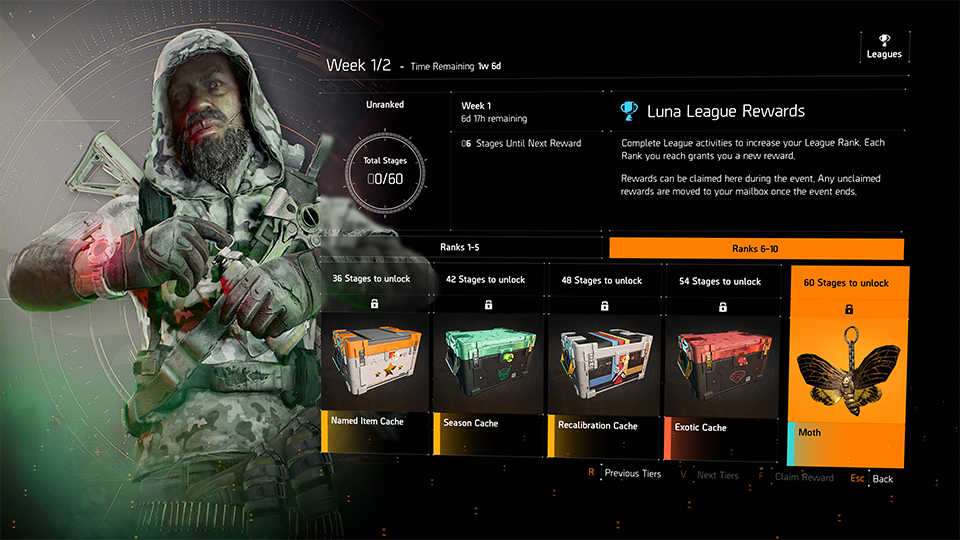 The Phoenix Down Apparel Event is still live until August 3, and fully closes on August 11. It features a total of 4 new full outfits, over a dozen non-outfit cosmetics, and the exclusive Badlands mask. That mask is the final prize and is only available during the duration of the event. It is automatically unlocked when all other 38 items have been acquired. Keys to the Apparel Event Caches are earned every 4 SHD levels and can be purchased – or gifted to clanmates and friends – directly via Premium Credits. Happy hunting, Agents!

Title Update 10.1 launched on July 21 alongside a routine maintenance. TU10.1 was intended as an interim rebalancing pass with additional bug fixes and adjustments to loot drops throughout the game. The upcoming Title Update 11 will offer a more substantial addition to the game, as well as even more improvements to things such as ‘rainbow rolls’ on loot.

TU10.1 also added missing audio and subtitles for various collectibles in Season 2 – Keener’s Legacy. Check out the full patch notes for TU10.1 and be sure to let us know what you think of the changes on our official forums. We would love to hear how you feel about the improvements and will be keeping your feedback in mind as we move closer to TU11.

For those of you still in Manhattan, we recently extended our Global Event schedule in The Division. Here’s a handy guide detailing all the remaining Global Events in 2020 – and don’t worry, the events will continue long past January on a regular rotating schedule. 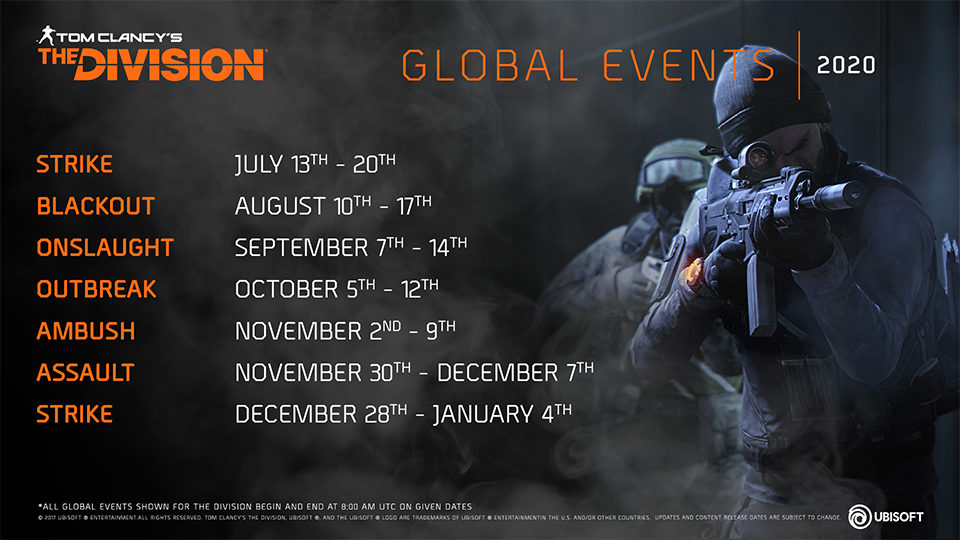