Keener’s Legacy is the second season coming to The Division 2. The first phase is now live, and we have a full breakdown of what’s waiting for you in Washington D.C. and New York. As in Season 1, the Manhunt of five Rogue Agents is the narrative driver. Looking for clues, locations and finding the Rogue agents to take on the Prime Target, Hornet. In the wake of Keener’s death his legacy is brought back to life, as the rogue agent Hornet leads a cell of zealous rogue associates, devoted to carry on Keener’s calamitous plans with the Eclipse virus. The Division must now take down each of the five members of Hornet’s rogue cell in order to prevent them from realizing what Keener failed to do.

Your first target is already available, and you can engage activities in Washington D.C. to unveil Termite’s location. As with all new Manhunt targets a double XP event is also live right now and completing all 15 levels within this week will net you an extra Season Cache!

What else awaits in Season 2? Let’s go over some of the details: 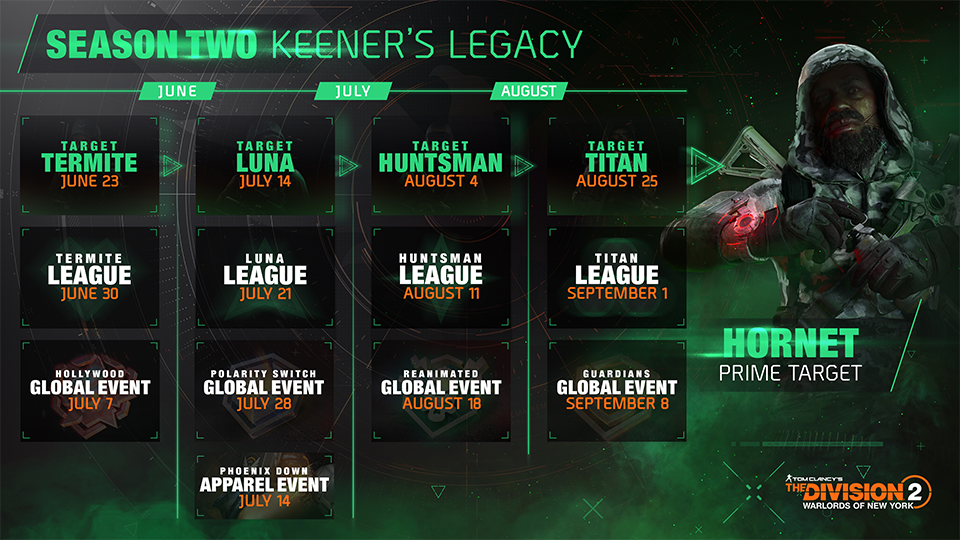 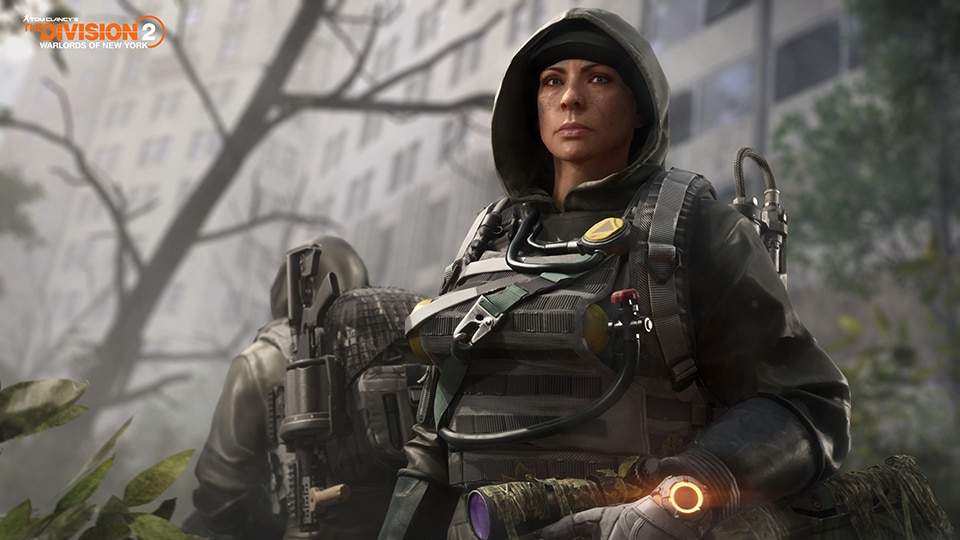 *Note: With the exception of the unique skill variant and the new exotics, all gear listed above is currently available in-game. Most seasonal additions becomes available in the general loot pool in the pre-season phase, beginning one week prior to the start of the Season. *