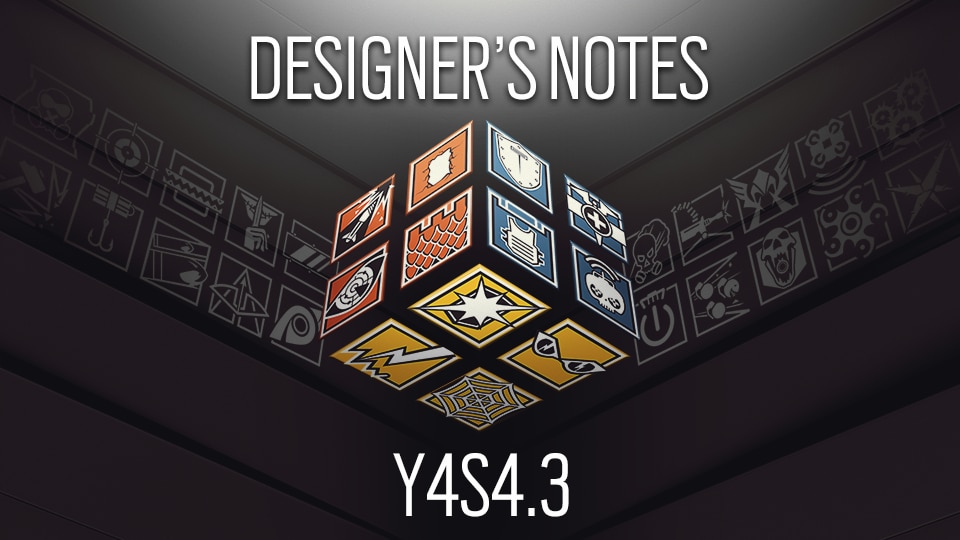 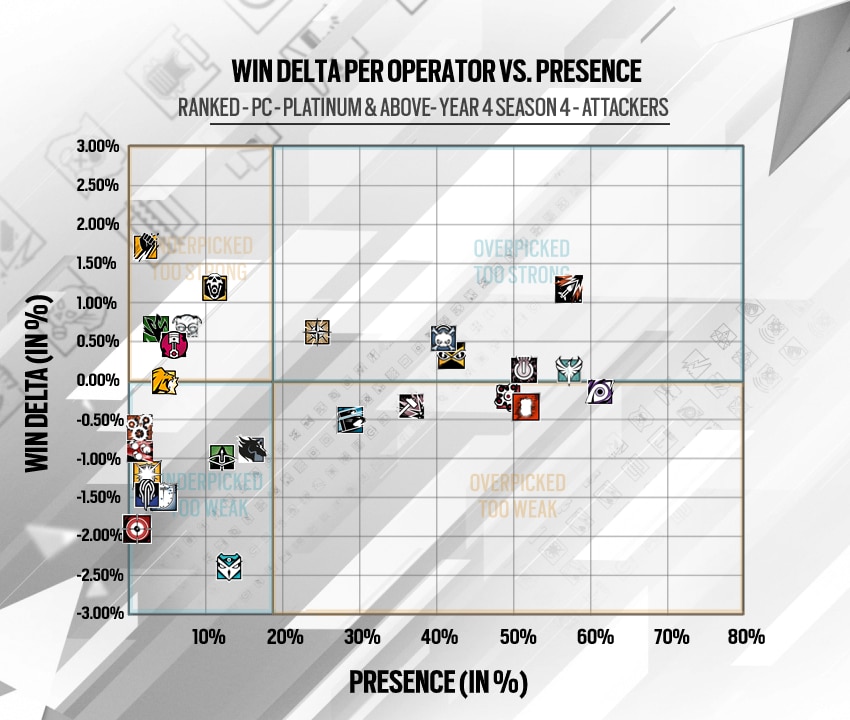 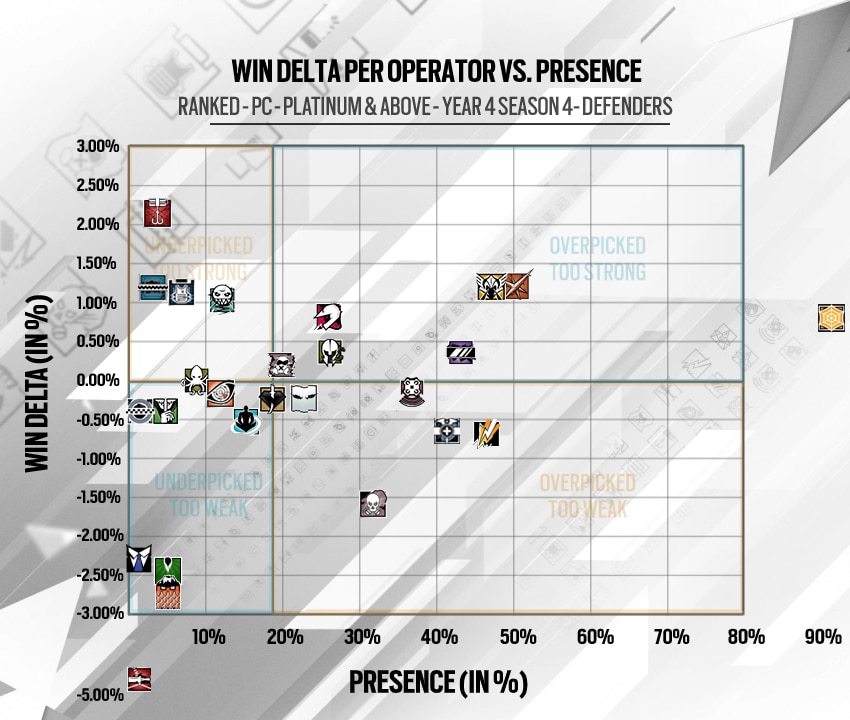 Please note that we are using presence to gauge the popularity of an operator. This notion had to be introduced to reflect the implementation of the pick & ban. Presence definition: “pick rate of an Operator when not banned.” Win Delta: The Win Delta is aggregated from Operator’s Win Deltas per map. We usually compute it per map and per bomb site for more precision. However, we have faced some data gathering issues related to bomb site statistics. A definitive fix is in progress, in the mean time keep in mind that these graphs are computed only through Win Delta per map. There could be minor variations for Operators being particularly impacted by the bomb site selection. 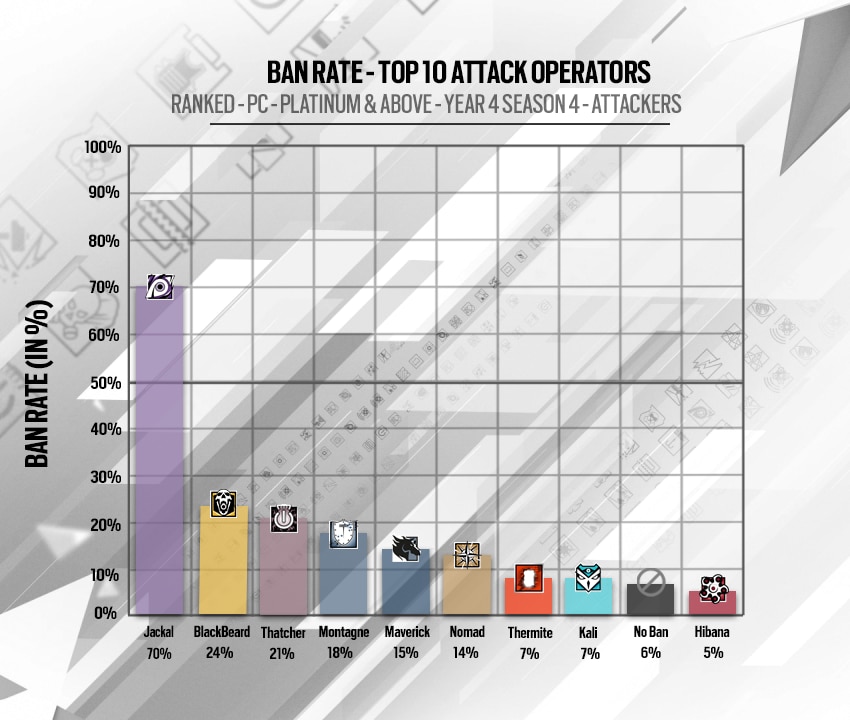 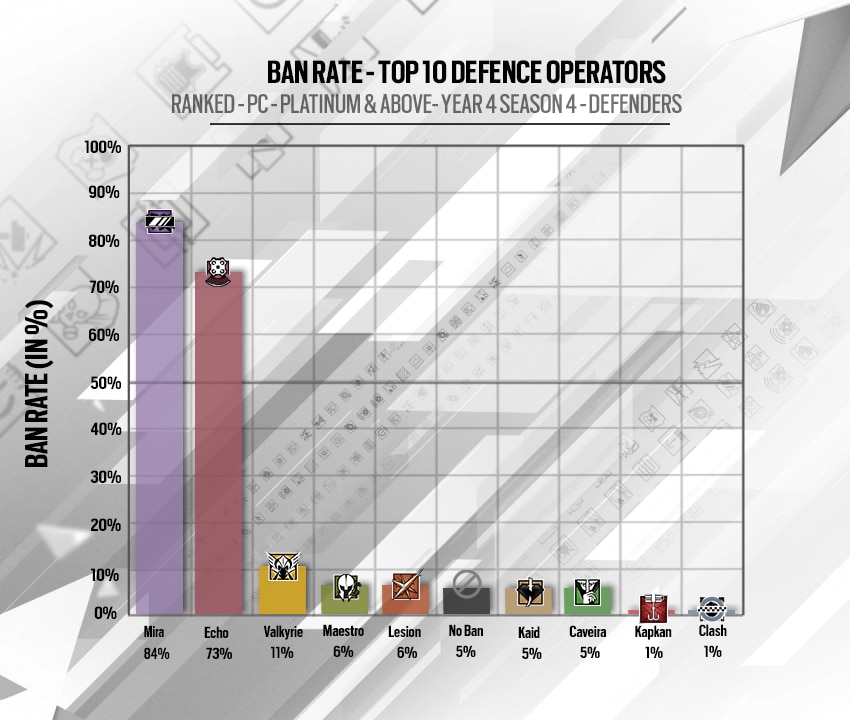 Echo is currently an exception, as he is unaffected by Dokkaebi’s ability. This a way for us to offer more counters to this very powerful and frustrating defender, more particularly in situations when attackers are planting the defuser. He is the second most banned defender and these changes are implemented with that in mind. It is also a way to rationalize how Operators interact between each other. More than balancing this is also an opportunity to make the game easier to understand to newcomers.

Ying’s Candelas let ample room for creative gameplay and we are confident about the opportunities offered by the gadget. We have noticed that Candelas needed more consistency and reliability for Ying to reach her full potential. We aim at providing more visual feedback, to make her ability easier to understand and we are also tweaking the cluster flashes to ensure the gadget effectiveness.