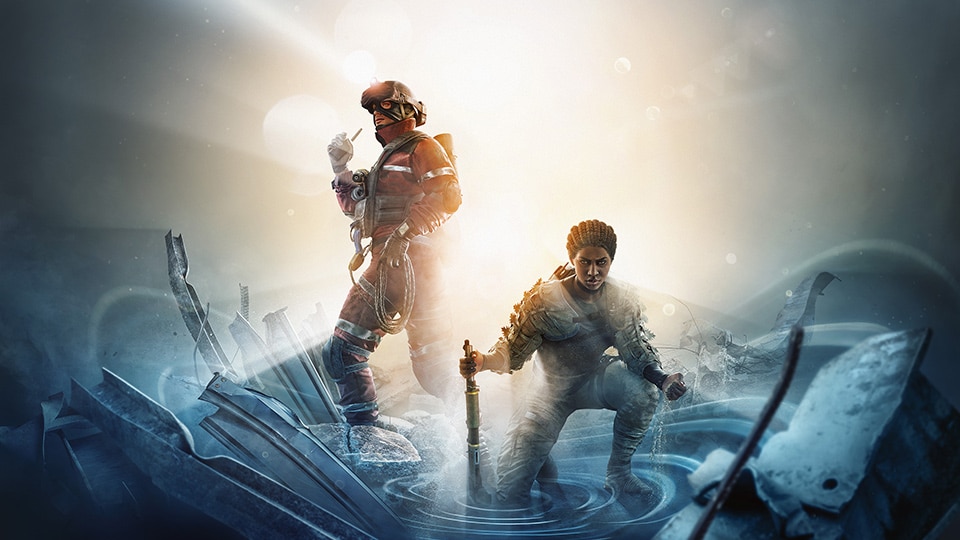 You asked me to consider our newest recruits. They’re interesting on paper, but it is in person we are introduced to their strengths. I can see where perhaps I can teach them something useful, yes?

The man from Norway, Håvard Haugland. His name is hard to pronounce, but he’s easy to recognize. We call him Ace. It’s interesting that a paramedic would eventually work with the UN, and fortunate for Kali that they crossed paths. His time with the Norwegian Armed Forces has honed his rescue skills. As an EMT, he projects a calm – if arrogant - confidence in even the most stressful situations. Whether he's gingerly making his way to a trapped avalanche victim or attending to a broken bone, Ace is capable of making those in his charge feel safe and secure.

He can seem brash, but it’s his assertiveness that allows him to take on these dangerous missions. Perhaps a tempering influence would allow him to reflect upon situations before rushing in. He does enjoy his social media, and his followers from around the world see him as the hero he wishes them to see. I admit after meeting him, his skills live up to the hype.

Thandiwe “Melusi” Ndlovu and I have specific principles in common. I admire her commitment to conservation and her anti-poaching unit. I don’t see her being taken by surprise often, and when she is? I would very much like to see her reaction.

I agree with you, her focus on prevention through surveillance is something The Program can benefit from. I don’t doubt her experience with drones, but have you seen Melusi track a poacher on foot? Even I would have trouble spotting her among the trees.

That these two join us at the same time is exciting. Their weapons of choice are also interesting, and, I think, reflect their true selves. Ace rushes in and makes an entrance - an entrance through almost any barrier. He’s ambitious, but he goes to lengths to make sure none are harmed by his actions. Poachers have militarized, changing their tactics and equipment. As a result, Melusi must be highly adaptable. She waits, she intercepts, and she prevents, much like her new toy. If she does not catch the target herself, she can slow them long enough to be intercepted by someone else, or perhaps discouraged from their actions.

It will be interesting for me to continue to work with them. Melusi is very much a warden. She watches, she defends, and she gets the job done. Ace knows where to stand for the perfect shot, whether it’s creating a breach for his teammates or smiling for the camera.