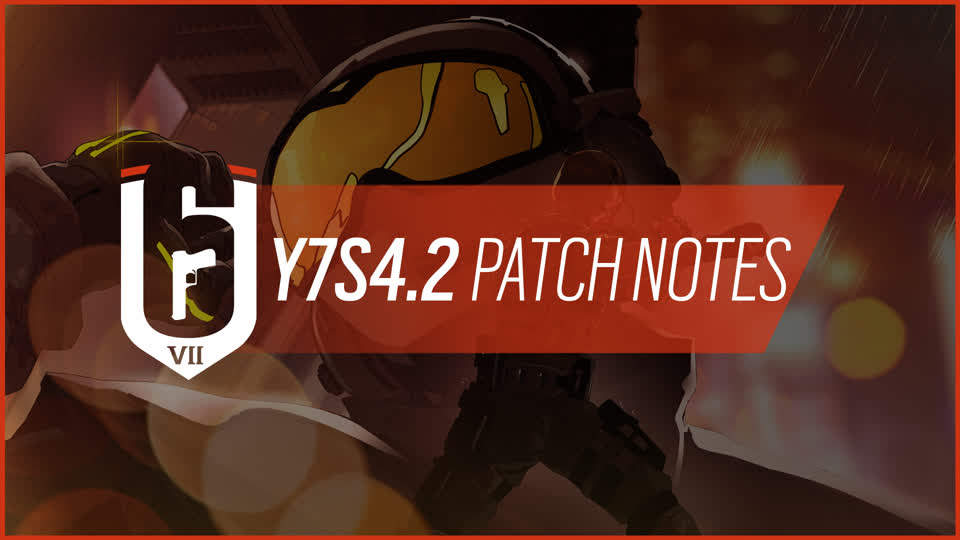 See the upcoming changes to Rainbow Six Siege with the release of Y7S4.2

FIXED - Most played Operators are not being chosen when inactive on the Random Operator selection screen.

FIXED - Button to access chat is not functional when Covert Voice to Text option is on during gameplay sessions.

FIXED - Match loadout when round begins sometimes does not match player's loadout during character select stage.

FIXED - Players can peek above the reinforcement at EXT Garage Balcony on Outback Map.

FIXED - Echo's Yokai drone and Valkyrie's Black Eye camera are able to scan the attackers at the "EXT Park" location immediately after they spawn when positioned on the ceiling of the 1F Lobby location on Nighthaven Labs.

FIXED - Solis can't shoot if SPEC-IO gets deactivated at the same time that Solis activates it.

FIXED - Caveira's hair clips into her face in the Home section.

FIXED - While SPEC-IO is active, Solis' arms and phone clip through the AR HUD when entering Observation Tool view.

FIXED - Icon previews for loadouts do not load properly during the operator selection phase.

FIXED - No offers are displayed in the Gift to Friends section in Ubisoft Connect.

FIXED - Players experience an infinite loading when attempting to convert any pack while also switching to a different one at the same time.

FIXED - Prompt to Apply Changes appears in Options menu despite no changes being made.