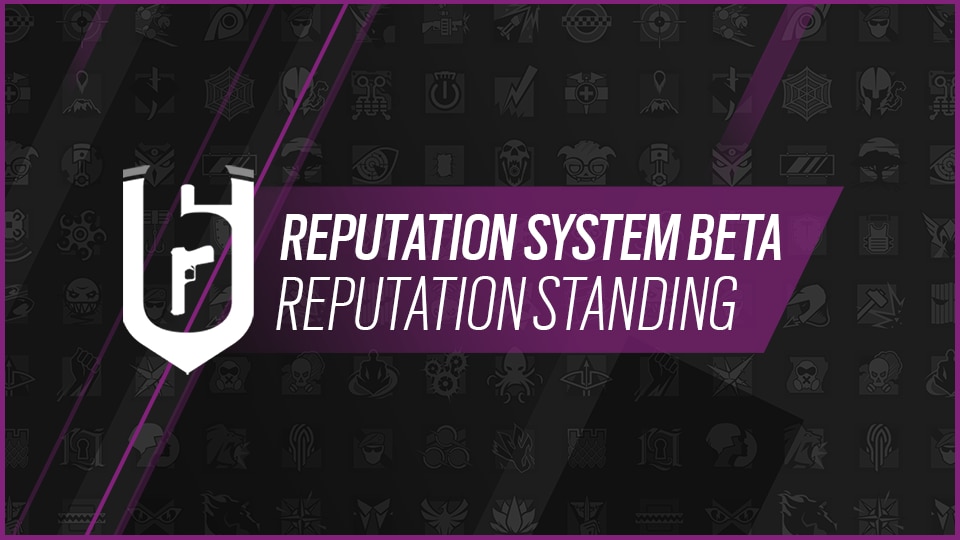 WHAT, WHY, AND HOW

FIRSTLY, WHAT IS TOXICITY?

At its core, toxicity is any behavior that is harmful to the people around you. In Rainbow Six Siege, this can mean behaviors and actions that are deliberately or passively harmful to players, in either a direct or indirect way.

The following non-exhaustive list of behaviors are considered to be disruptive and could result in a negative Standing:

WHY ARE WE ADDRESSING TOXICITY?

The importance of tactics and the high lethality of the game can lead some people to display harmful behaviors when mistakes or problems occur. The vast majority of players only demonstrate harmful behaviors occasionally, while there is a solid core of people who do so consistently and intentionally.

Siege is a competitive, team-based game where every action is centered on cooperation, which creates an incredible playground for our community, but can also trigger negative engagement from some people, disrupting the experience for all. That's why we're continually working on toxicity detection and prevention and making changes to certain models to ensure our community has the best possible gaming experience.

HOW ARE WE TACKLING IT?

The Reputation System is helping us to move away from actions that were centered solely on sanctioning and banning players, though these will remain to be viable tools in some cases. The goal of this feature is to guide and give players the opportunity to change the way that they interact with others and with the game. It also aims to discourage poor behavior through feedback and consequences, and to highlight and support those who positively contribute to the game environment, making the game a better place for others.

WHAT WILL YOUR STANDING BE?

Each player will now be given a Reputation Standing which reflects their in-game behavior. There are 5 Standings ranging from Dishonorable at the lowest, and Exemplary at the highest point.

HOW YOUR STANDING IS ATTRIBUTED

The reputation system tracks a variety of in-game actions that can be positive or negative, assigns a score to them, and applies effects to players' accounts. This generates the Reputation Standing, a rating given to each person that shows how their in-game actions are perceived. The system must be understandable and trustworthy so that everyone can understand how their actions affect their Standing, and how to change it. The goal is to provide feedback to our players and to promote healthy interactions while discouraging toxicity. With this system, we seek to encourage positivity, inclusion, and engagement in the game.

EFFECTS OF YOUR STANDING

To begin with, there will be no negative or positive effects from having a particular Standing. Our goal is for players to learn the new system, and to have a chance to adapt their behaviors before such effects go live.
During Year 8, we will enable penalties and bonuses which will be given based on a player's Standing.

The main place for all things Reputation will be the Reputation hub, which can be accessed via the Reputation tile on the main menu. Here you can see your Standing and any active penalties. You will also be able to find more in-depth information on how the system works.

The Reputation tile has also been updated so that you can now check your Standing at a glance. This will give you a quick snapshot, showing which standing you currently have, while the Player Profile will show your Standing as well as any current penalties. 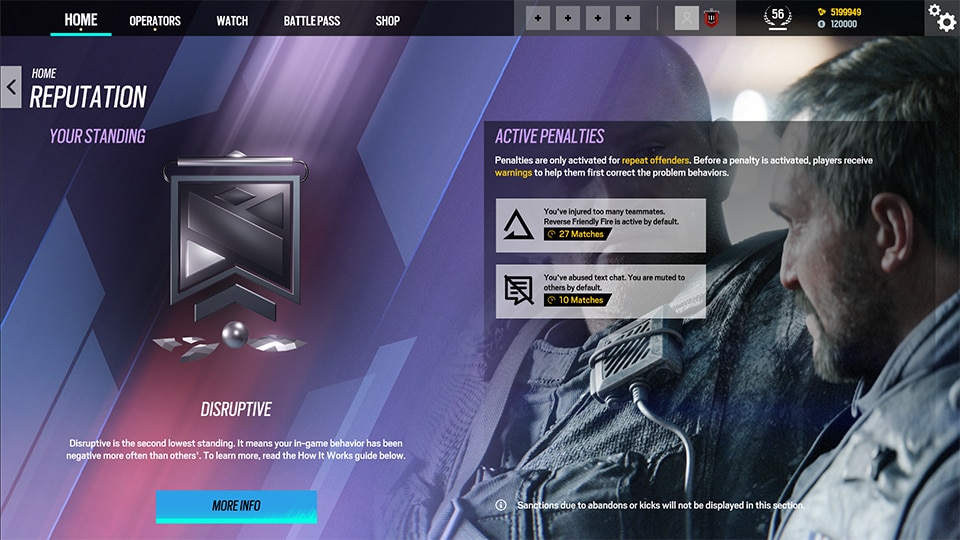 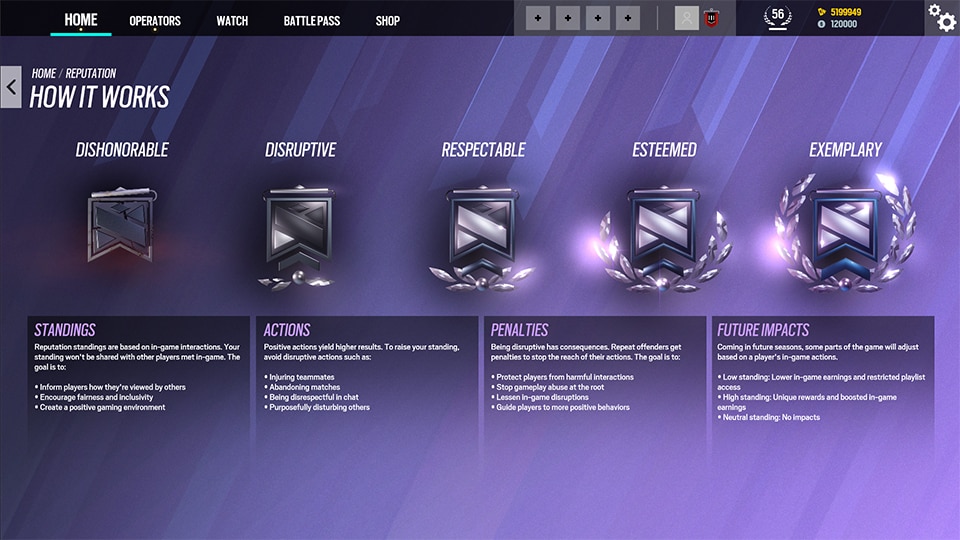 We will be deploying many of the first player-facing aspects of the Reputation System as part of a gradual rollout strategy. This allows us to continue to stress test our designs and systems, have meaningful effects of disruptive player behavior, all while also doing a form of pre-onboarding for players.

With this Reputation System Beta onboarding, we will start by showing players their Reputation Standing along with various messages that inform them how they are currently being perceived by the system. During this time, many aspects of the system such as the bonuses and penalties will be turned off. This gives players a low-risk time to take appropriate actions on their Standing and allows for large scale testing and conversation around the overall reputation calculation system.

The Ubisoft Fair Play Program (Beta) is a new program designed to help players understand the roots of toxicity and how to address disruptive situations online.

Find out how to best handle online frustrations and create a positive environment for everyone through videos, quizzes and tips from pro players here*.

Note that the Fair Play Program Beta content is currently only available in English.

All individuals should be treated with respect, and we strongly believe that both good and bad behaviour must be addressed. For a long time, we have focused our efforts on negative behaviors and bans, but now we want to broaden our field of expertise and actions.  We want players to be able to play the game as it was designed, and our anti-toxicity measures must reflect that. The ultimate goal is to guide players towards behaviors we want to encourage in the game, rather than purely focusing on sanctions.

The Player Behavior and Rainbow Six Siege team is working hard to implement changes to the game while keeping in mind to increase cooperation and address toxicity.