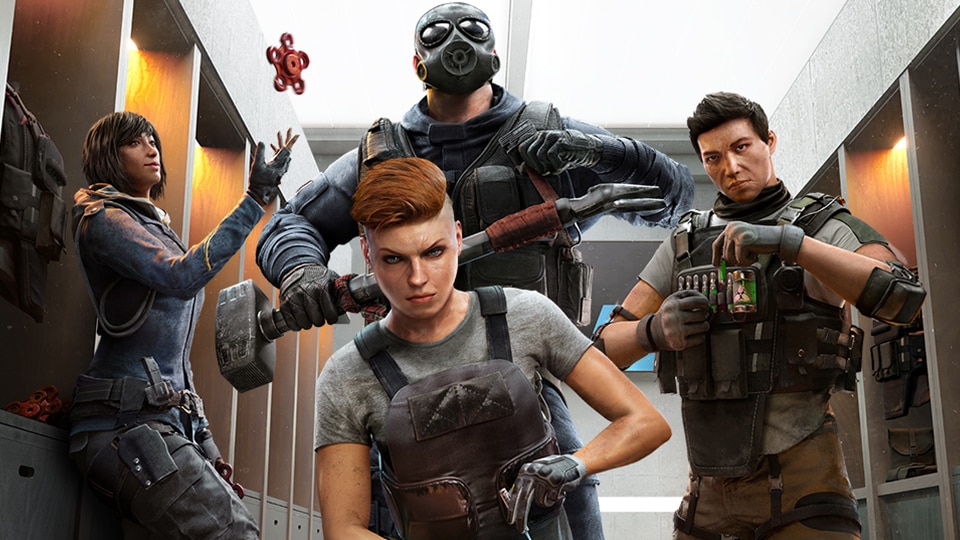 This change will impact the various editions of the game available for purchase. You will find all the details below:

This edition will be available on all platforms on all approved digital stores, as well as physical copies at selected retailers for the PS5 and Xbox Series S|X versions.

Operator Edition
The Operator Edition is a brand-new edition for Rainbow Six Siege, giving you access to all modes and maps alongside all the 38 additional Operators from Year 1 to Year 5.

The Rainbow Six Siege Operator Edition will be available on all platforms on all approved digital stores.

Ultimate Edition
The Ultimate Edition is the most premium experience on Rainbow Six Siege. It will give you access to all modes & maps alongside all the 38 DLC Operators from Year 1 to Year 5. Additionally, you will unlock one exclusive cosmetic set per Season in Year 6. The “Disruptor” Cosmetic sets will be available for: Zero in Y6S1, Melusi in Y6S2, Ace in Y6S3 and finally Aruni in Y6S4.

All these new SKUs will be available on March 16th and replace all currently available editions. 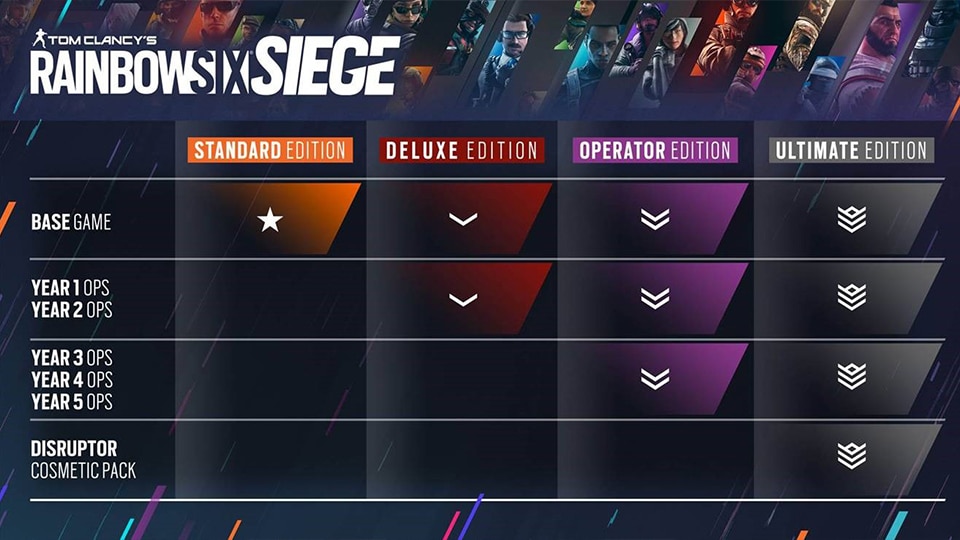 FAQ:
Can I still buy the current edition of Siege (Gold…)?

Current editions of Siege will stay available until March 15th (included). They will be removed from all stores and replaced with the new editions on March 16th.

What will happen to my Year 5 pass after March 16th?

How can I unlock the Year 6 operators?

To unlock all new seasonal operators in Year 6 at the start of each season, player will have to unlock the Premium track of the battle pass. The operator will be the very first reward of each seasonal premium track.

Will I still be able to unlock new operators with Renown?

All new operators will be available for renown or R6 credits two weeks after season launch.

Will there be a way to access to additional operators even if I miss the seasonal Battle Pass?

All the new operators will be accessible via Renown or R6 Credits after their two weeks exclusivity period.

Do these editions give me access to the previous legacy operator?

The first 20 original Siege operator are accessible via Renown directly in game.

When the disruptor cosmetic packs will be available?

One cosmetic set will be available each season of year 6. Zero in Y6S1, Melusi in Y6S2, Ace in Y6S3 and finally Aruni in Y6S4.