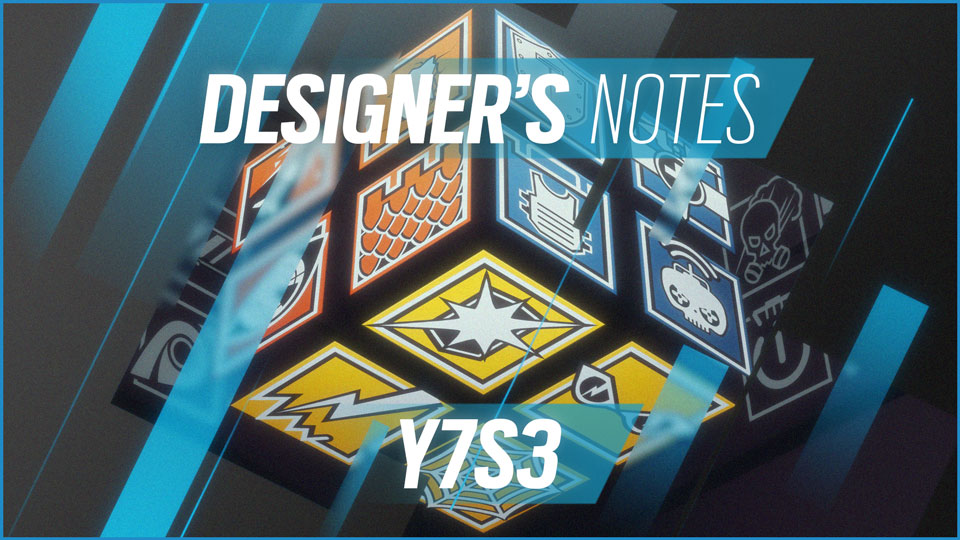 In this latest edition of Designer’s Notes, we'll go into more detail about the balancing changes that’ll come with the Brutal Swarm Season Test Server and give you an insight into the reasons behind these changes. 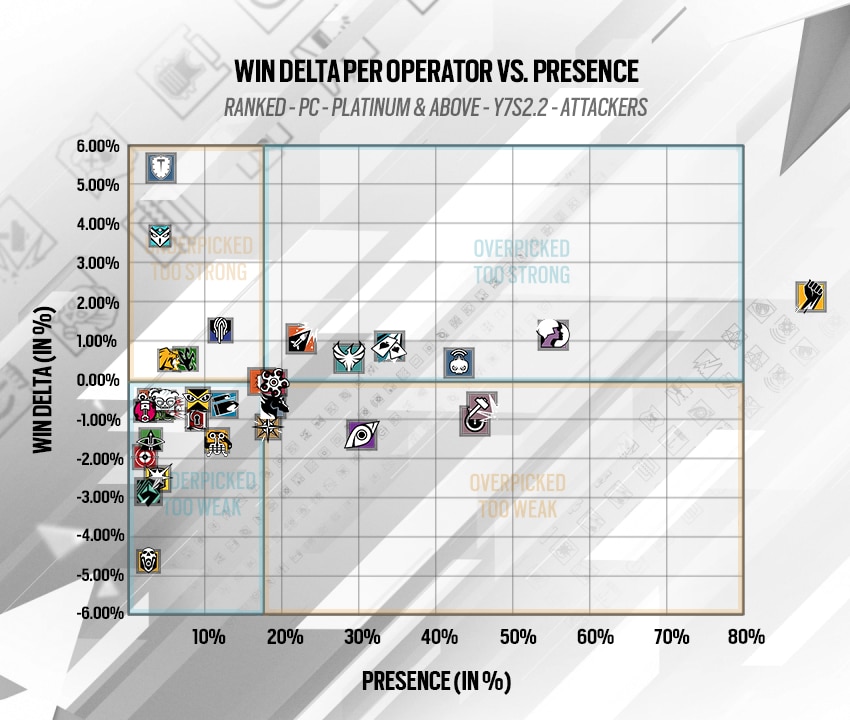 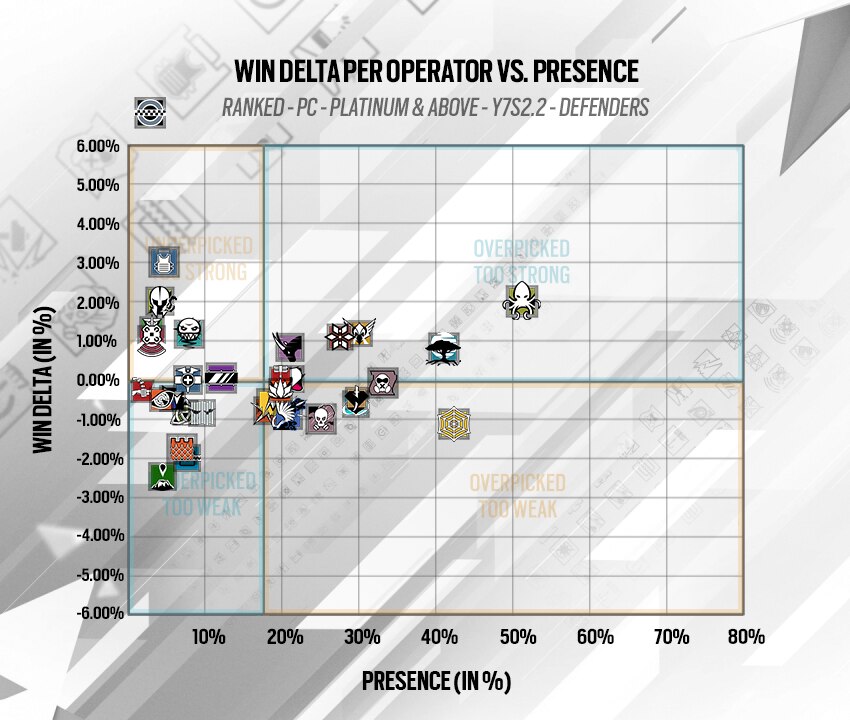 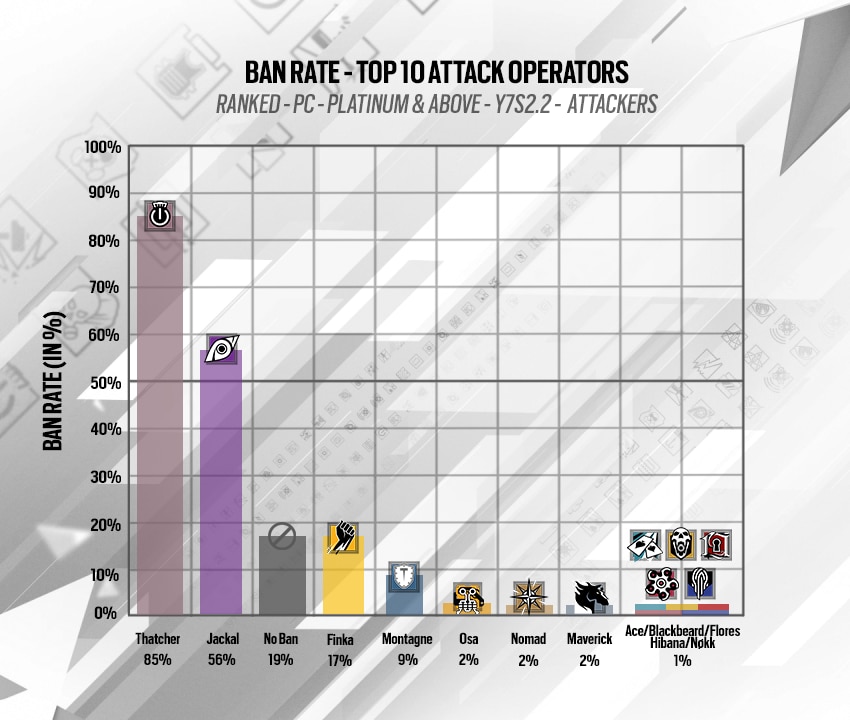 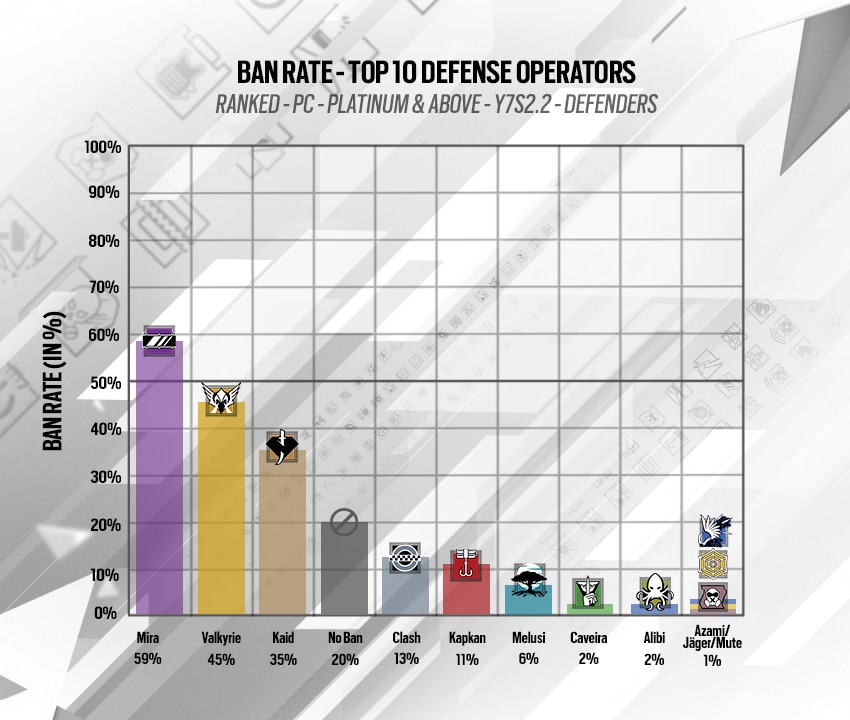 This is a universal change that we know is going to be contentious across the board as it hits nearly every single weapon in Siege. With that in mind, there are weapons in the game commonly described as "laser beams" due to a lack of recoil and recoil-controlling attachments at large being barely noticeable in some cases. We are confident that with the introduction of the Shooting Range as a place to get accustomed to the new recoil patterns, this change will help lay the ground for improved balancing potential for the future.

Adjustments have been made to the recoil not just on vertical intensity, but in some cases horizontal intensity as well. Weapons with high magazine capacity like LMGs will have the strongest vertical and lateral recoil after sustained fire.

Weapons with strong and weak recoil patterns, such as the R4C, 416-C, UMP45, C1, or M12 will keep very similar recoils. We have reviewed each weapon individually based on several different parameters such as Rate of Fire, Damage per second, and what operators use them.

Overall, we wanted to improve the shooting experience on console. Thunderbird is currently one of the strongest defenders right now. Some of that strength comes from the fact that her main weapon is an ATK AR and we needed to reduce it’s killing potential.

This is obviously a huge slew of attachment option improvements - the main drive of this change is to enable more customization and choices around how you use these weapons, while also normalizing the overall distribution of the available attachments. Think of our recent change to open up scope styles but extrapolated to other categories of attachments. These changes can be easily read as buffs, as no options are being taken away and any combos you've previously liked can still be done (apart from the Flash Hider on DMRs). We're hoping the greater selection, especially to help control recoil, will be used especially alongside other changes detailed in these notes.

We added the compensator to also normalize distribution. The goal is to give more tools to customize the recoil of the weapons.

The Flash Hider just doesn’t make much sense for DMRs as the Muzzle Brake is consistently the better option. Newer DMRs have followed this logic so we are bring older ones in line.

To help normalize distribution we added the Muzzle Break to these weapons to provide more options to customize the weapon recoil.

The addition of the Vertical Grip is to provide players with more control over the increased recoil patterns.

These changes are intended to give more options to players. Players now have to sacrifice recoil control to make use of some attachments, making these more meaningful choices:

With the wider changes to recoil detailed above in these notes, we're hoping that the choice of barrel attachment will become more meaningful universally. To that end, we wanted to make the suppressor an impactful decision because of the lack of recoil mitigation, no longer because of a lack of damage mitigation.

With the increase in recoil, it’s now a more meaningful choice to opt for less damage drop off vs more recoil control. More weapons will now have access to the Extended Barrel attachment, granting increased utility with your choice in sights.

The addition of the Angled Grip is to provide players with more options now that the Vertical Grip will be more impactful.

We’ve normalized the distribution of Laser Sights, making them available to all weapons.

There have been a lot of requests for specific sights on specific weapons, so now operators get access to all magnification options up until their maximums. For example, Thatcher’s L85a2 previously had access to all the universal 1x sights and only the 2.0x scope. Now he will also have access to the 1.5x Scope.

A few operators will have their maximum magnification options reduced or increased to better level out their high killing potential.

The EMP Impact Grenade is meant to create new windows of opportunity for attackers as well as provide an alternative for Thatcher. The EMP Impact Grenade can disable electronics in an explosion range of 1.8 meters for 9 seconds, we’re hopeful this gadget will have a positive impact on the meta.

To reduce collateral destruction, we are reducing the non-lethal radius of the grenade. The lethal damage range remains nearly the same, the difference is mostly unnoticeable during a match. We are hoping to encourage precision use of grenades or for the player to change to a more precise gadget to deal with defenders’ utility if needed. 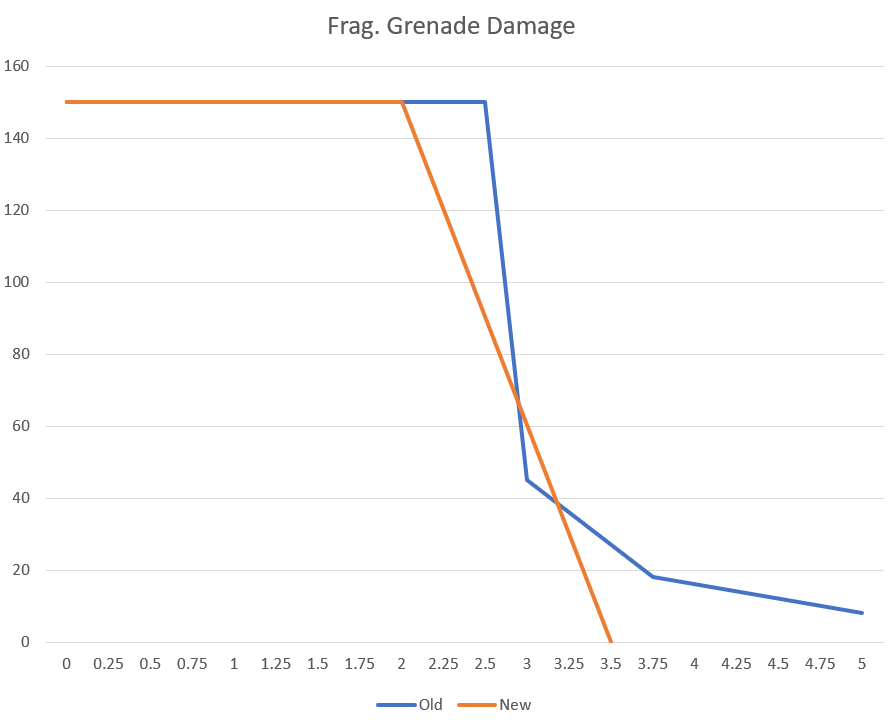 Population targeted by this change: Casual

While this change won’t be a huge buff, the intention was to make the combo with the Impact EMP more comfortable to use. With the Impact EMP disabling electricity sources for 9 seconds and the charge taking 2 seconds to deploy plus 5 seconds to explode, the goal was to increase the window of opportunity.

Fuze has the highest destructibility potential in the game, so this season we are hoping to increase it. Reducing the drilling time will allow him to chain faster. This will increase his destruction potential and his ability to push defender out of position, as they will need to react faster to counter charges.

We added smoke grenades just to give him another option. He will have more flexibility with secondary gadgets to compensate for his primary.

We wanted to make Kali more appealing to deal with enemy utilities. This season she will have more tries to open electrified or muted walls. She will also have more resources than anyone else to destroy enemies’ utilities precisely from far away.

She is limited to the sniper rifle, which will allow us to provide more charges to her.

Population targeted by this change: Casual

By adding the Claymore we hope to increase Glaz’s utility by providing another option to compensate that his primary gadget is situational.

Adding a new weapon will increase Capitao’s utility and versatility, making him useful in more situations. We are aware that he is not appealing to ranked players due to his utility being more oriented to executes. We are hoping he will be more appealing in competitive.

We removed the Gonne-6 to bring Iana down to where she was before Y6S1, in terms of utility. We do not expect her to go as far down as before now that usefulness has been showcased. We are hoping that by reducing the population of Frag. Grenades will keep as a good operator to pick anytime.

We have moved Finka’s explosives from 3 to 1 with the biggest nerf being the Frag Grenades to reduce her utility. The smoke grenades will allow her to transition from an entry to support operator, focusing on site execution and keeping her allies alive. Stun grenades will remain for our more aggressive players.

Our goal with replacing Mavericks Frag. Grenades was to reduce his utility and return to what he had at release. We also introduced the Impact EMP, we are hoping to provide a true alternative to Thatcher.

We’re hoping that by adding the Gonne-6 we will increase Buck’s utility and versatility as well as compensate for the reduction of Frag Grenades. Now that Buck has a solid presence, we’re going to keep a close eye on him.