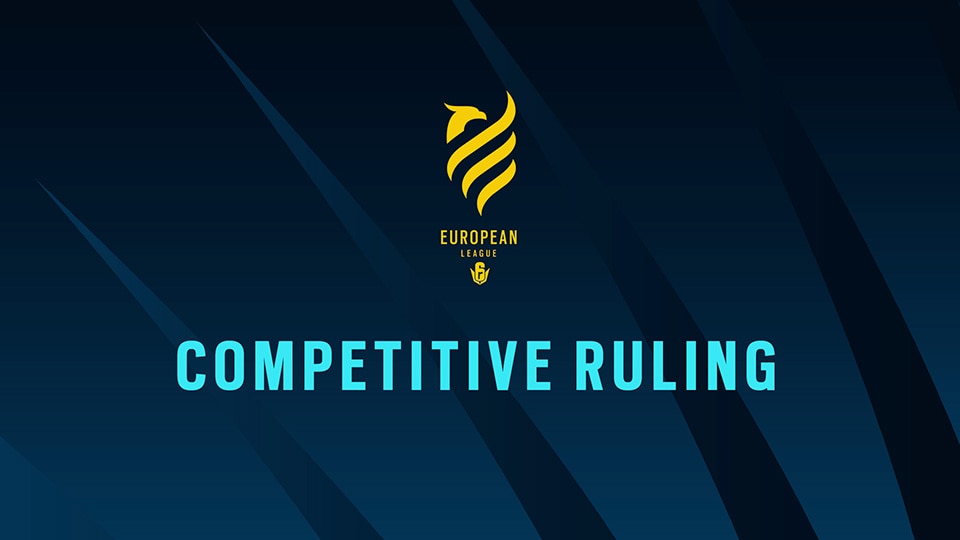 It has recently been brought to our attention that Maurice “AceeZ” Erkelenz and Lukas “korey” Zwingmann have been asked for insider information in the context of a clear and conspicuous goal of betting on an upcoming match in which both players would have to partake. These private conversations have been confirmed to be genuine by both players. The event occurred during Pro League Season 11, on April 13th, 2020, in relation to a match against Team Empire, which Rogue lost 7-5.

The competitive integrity of our esports ecosystem is one of our highest priorities, and we will not tolerate a lack of commitment towards the rules from the stakeholders involved in our ecosystem. In case of a breach of the rules set forth either in our Global Rulebook, our Code of Conduct or the Rainbow 6 Revenue Sharing agreement and License for organizations that will be involved in the program, we reserve the right to take any necessary action to penalize wrongdoings. Based on the findings of the investigation, the following conclusions have been reached concerning each player and the organization Rogue, leading to the rulings and sanctions detailed below.

The evidence gathered shows that AceeZ provided, without reserve, insider information by stating that Rogue would lose the match, without any disclaimer of any kind. We understand that AceeZ justifies his behavior by saying that he usually does not reply seriously to private messages inquiring about the outcome of a match, but the evidence provided does not show any element that would indicate that AceeZ’s message was not meant to be serious. The reply to AceeZ’s statement was met by a clear intention to rely on the information provided by AceeZ to bet against Rogue. We therefore consider that AceeZ engaged in a conduct of inappropriate sharing of insider information. Competing at the highest level of the R6 Circuit requires that our pro players act with utmost exemplarity and integrity.

Consequently, it has been decided to issue a suspension of 3 European League matches against AceeZ for inappropriate sharing of insider information constituted by his confirmation, operated in private confidence and without reserve of any kind, of Rogue’s anticipated loss of an upcoming Pro League match in which AceeZ knew that a financial wager existed. The sanction is effective immediately, starting September 28th.

The gathered evidence shows an individual asking korey for insider information regarding the outcome of the same Team Empire vs Rogue match. The mentioned evidence also portrays korey stating in a clear manner that Team Empire would, in his opinion, win the match against Rogue. The individual contacting korey most likely relied on this information to bet against Rogue. Furthermore, korey’s statement may have been perceived as an indication that Rogue would lose the match and korey did not indicate at any point in the conversation that he was not comfortable discussing the feasibility or occurrence of losing deliberately the match.

Consequently, it has been decided to issue a Warning against korey for inappropriate sharing of insider information constituted by his confirmation, operated in a private correspondence, of Rogue’s anticipated loss of an upcoming Pro League match in which korey knew that a financial wager existed. This Warning will effectively reinforce any future sanctions korey may be subject to.

Based on korey and AceeZ’s behaviors, it has been decided to issue a competitive fine of USD $5,000 against Rogue. As per Section 6 of the Global Rulebook, the fine will be issued as a deduction of the prize money that Rogue may obtain throughout its participation in the Rainbow Six Circuit.