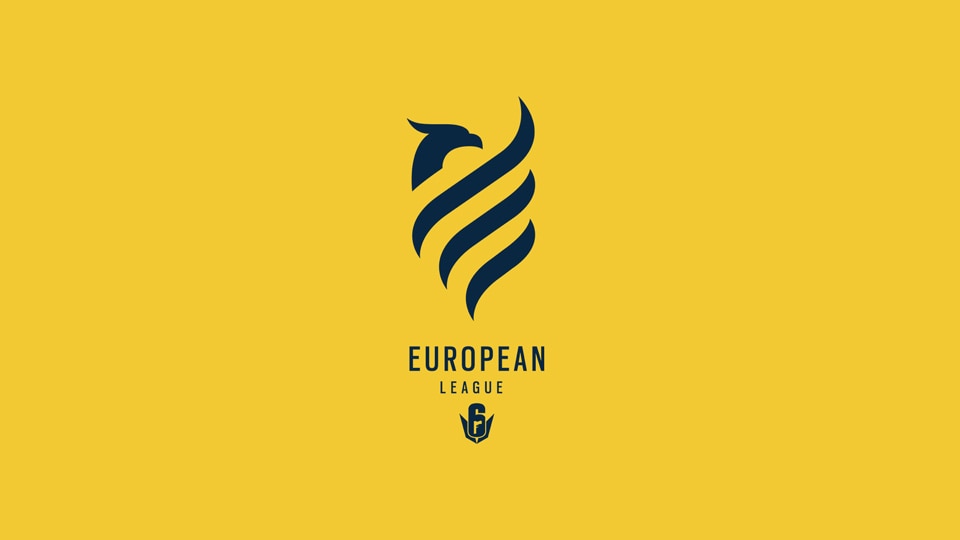 For Europe, the action starts on June 22, with the first playday of the new European League.

As we get ready for this next chapter of Rainbow Six Esports Europe, let’s review the key changes that you can expect.

Each regional league ties into a coherent global program, one unique race towards a qualification for the Six Invitational. As teams across the four regions face off in regional and global competitions, featuring 3 Majors and regional leagues, they will be ranked based on a new and in-depth point system that rewards sustained performance.

Each competitive Season runs for nearly a year, from March through the following February. Each Season will be divided into 4 quarters. The first three quarters, corresponding to the 3 “Stages” of the regional leagues, consist of 5 weeks of play, and conclude with a Six Major bringing together 16 of the world’s best teams – four per region across the four regions. Each stage awards prize money and points for the Global Standings. The Global Standings determine the sixteen teams earning a spot to the annual Six Invitational. Following the 3 stages, the last quarter of the season will be dedicated to regional finals and relegations. The season will then conclude with the Six Invitational, the pinnacle of the Rainbow Six competitive year that will crown the world’s best team.

Four additional teams will also have a chance to qualify for the Six Invitational through Regional Open Qualifiers, making the Six invitational a 20-team competition.

A notable exception to the global structure will be the first Season of 2020. As the transition and sunset of the legacy Pro League program, this year will shorten the program to only 2 stages with two Six Majors this year. 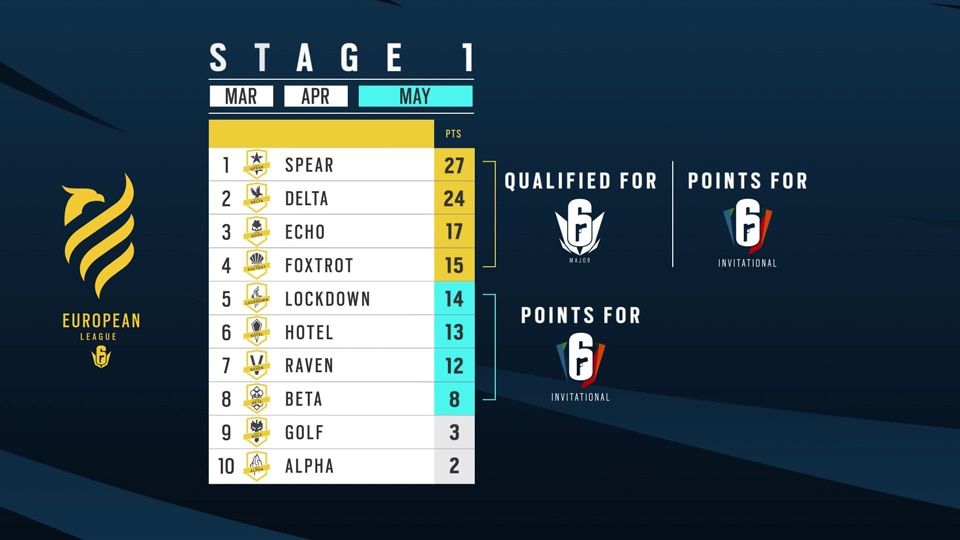 Running in parallel with the other regional programs happening in Asia-Pacific, North America and Latin America, the European League will be broken down into 3 stages. Each stage consists of 9 playdays in a single round robin system, in which all teams play against one another once. A win is rewarded with 3 points, a draw 1 point and zero for a loss. Each stage ends once all the teams have faced each other once.

__The European League games will be broadcasted on Mondays and Wednesdays starting at 6pm CEST on the Rainbow Six Esports channels on Twitch and YouTube. __

Based on the European League points system, once a stage ends, the top 4 teams in the European League rankings will be qualified for the Six Major. They will also earn points for the Global Standings – in the race towards the Six Invitational – according to their final placements at the competition.

Even if they will not get the chance to participate in the Six Major, the teams that rank between the 5th and 8th places will nonetheless score points for the Global Standings in the Six Invitational race.

Finally, at the end of all 3 stages of the European League, in November, the rankings of the 3 stages are combined to form the Final Rankings of the Season within the region. The top 4 teams will battle it out for the title of European Champion during a special event. On the other side of the Final Rankings, the last team will be relegated to the European Challenger League, while the team ranked 9th will compete in the Relegation Playoffs. 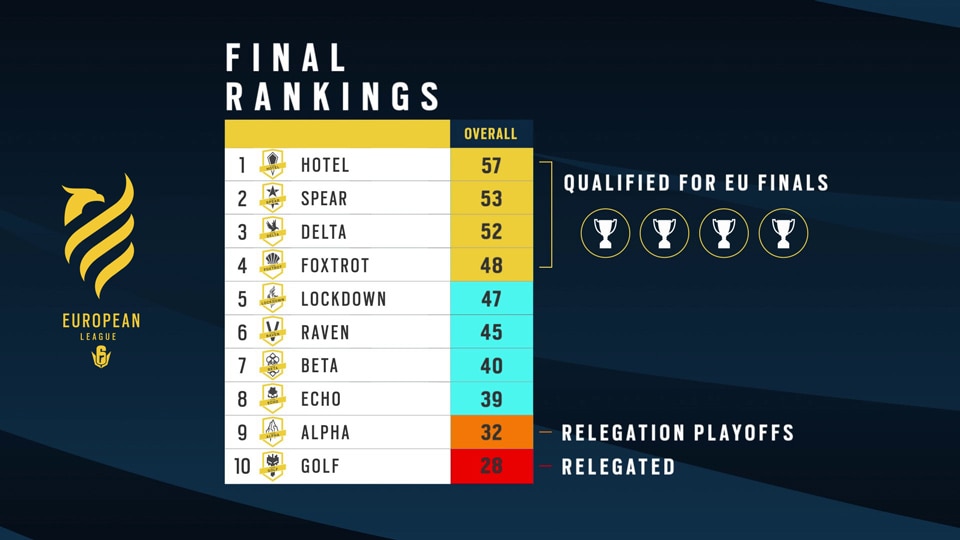 The European Challenger League and Nationals, foundation of the ecosystem

Our European scene draws its strength from its pool of highly skilled players from all over the region. Starting this Season, the European national programs will receive greater significance within the overall international program, thus forging a multi-tiered esports scene, allowing players from all levels and horizons to compete. Since the beginning of the Rainbow Six esports program 4 years ago, developing European local scenes has been a strong focus. With the new European program, we are going even further. A victory in the National program will be an entry point to the Challenger League as the National Champion will get a slot in the upcoming European Challenger League season. If the National Champions are already in the European League, then the runner-up takes the spot, and so on. 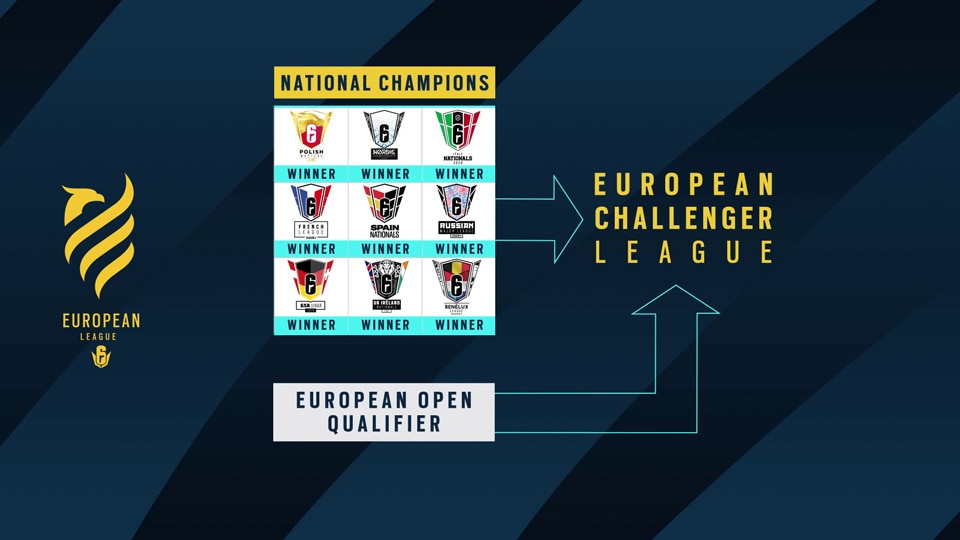 To sum up: the European Challenger League will gather 12 teams divided as follows:

Challenger league teams will engage in the following format:

The European Challenger League matches will start in the fall. More information will be shared later on.

The road to become the European Champions

The Regional Finals will happen in December to determine who the best team in the region this season truly is. In Europe, this will translate into a special event: the European League Finals (EU Finals).

This event will also host the Relegation Playoffs described above, to determine the 2 teams that will join the European League the following season. More information on the EU Finals format will be communicated later on.

With the 2020 Season, Ubisoft will take a first major step in revamping the viewing experience of its esports leagues and will inaugurate a brand-new and cutting-edge broadcast studio.

While the European League and Challenger League matches will be happening online for our pro teams, our crew of talent will join us, in Paris, to cast from this new studio.
Our cast of talent and everyone from Ubisoft working behind the scenes is excited to welcome you in the new home of Rainbow Six Esports Europe.

Though we really want to keep the element of surprise on the look and feel of the studio for the moment you will tune in for the first match, in the meantime, here’s a sneak peek of the additions you can expect:

• Premium tools and material to assist our talent while they cast.

• A dedicated analyst area that will allow the crew to provide in-depth information.

• New types of content on top of the action-packed show the teams will put on during their matches, such as debates, editorial pieces, interactive content and more.

• Tech improvements backstage that will ultimately create a more engaging stream for the viewers to watch.

As the health and well-being of our talent, staff and partners is our first priority, the new studio will not be ready for the first playdays of the European League. When the first matches begin on June 22, you will see a “light” version of the studio. This will be a temporary solution and as soon as the situation permits, the fully-fledged studio will take over! We will share more information soon. Stay tuned.