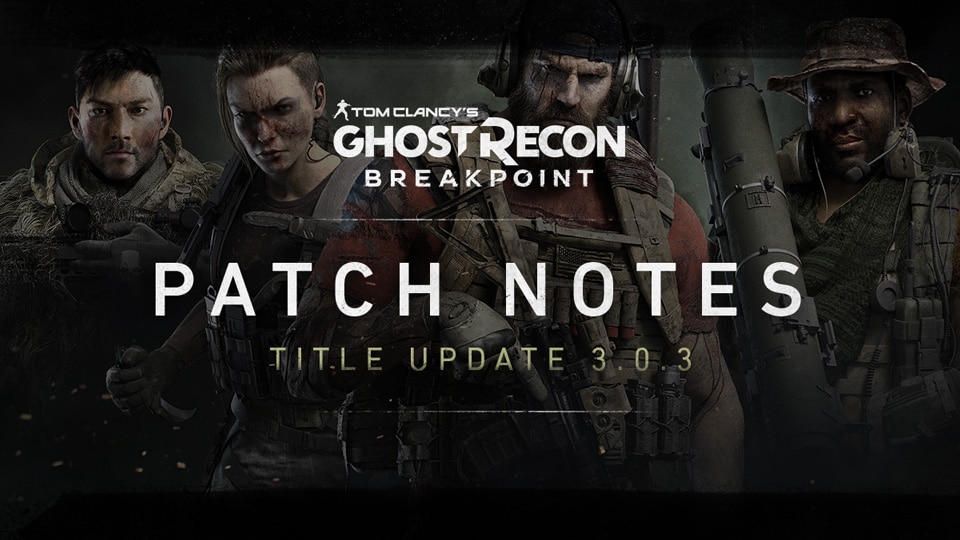 Our latest patch for Tom Clancy’s Ghost Recon® Breakpoint, Title Update 3.0.3, will be deployed on November 9 at 9:00 AM UTC across all platforms.

In addition to patch notes and information listed below, please note that our Known Issues List has also been updated. Thank you for taking the time to share your thoughts with us as we continue to improve Tom Clancy’s Ghost Recon Breakpoint.

Starting with the main character, players will be able to do the following:

You can only have one active Event Parameter at any given time.

Minimal presence: you will only encounter drones that are tied to missions and behemoths.

We are thrilled to share the changes you will see coming to Golem Island with TU 3.0.3. Prepare yourselves for two exciting new modes, Threat Level: Critical (Hardcore) and Threat Level: Low (Easy), and the ability to explore the island solo! With these new modes also come changes to enemy levels, game modifiers, and more. Each raid difficulty will also now have its own sub-section in the objectives board. For all the details on the Raid update, check out our dedicated article here.

Class rank limit has been increased from Lvl 10 to Lvl20: