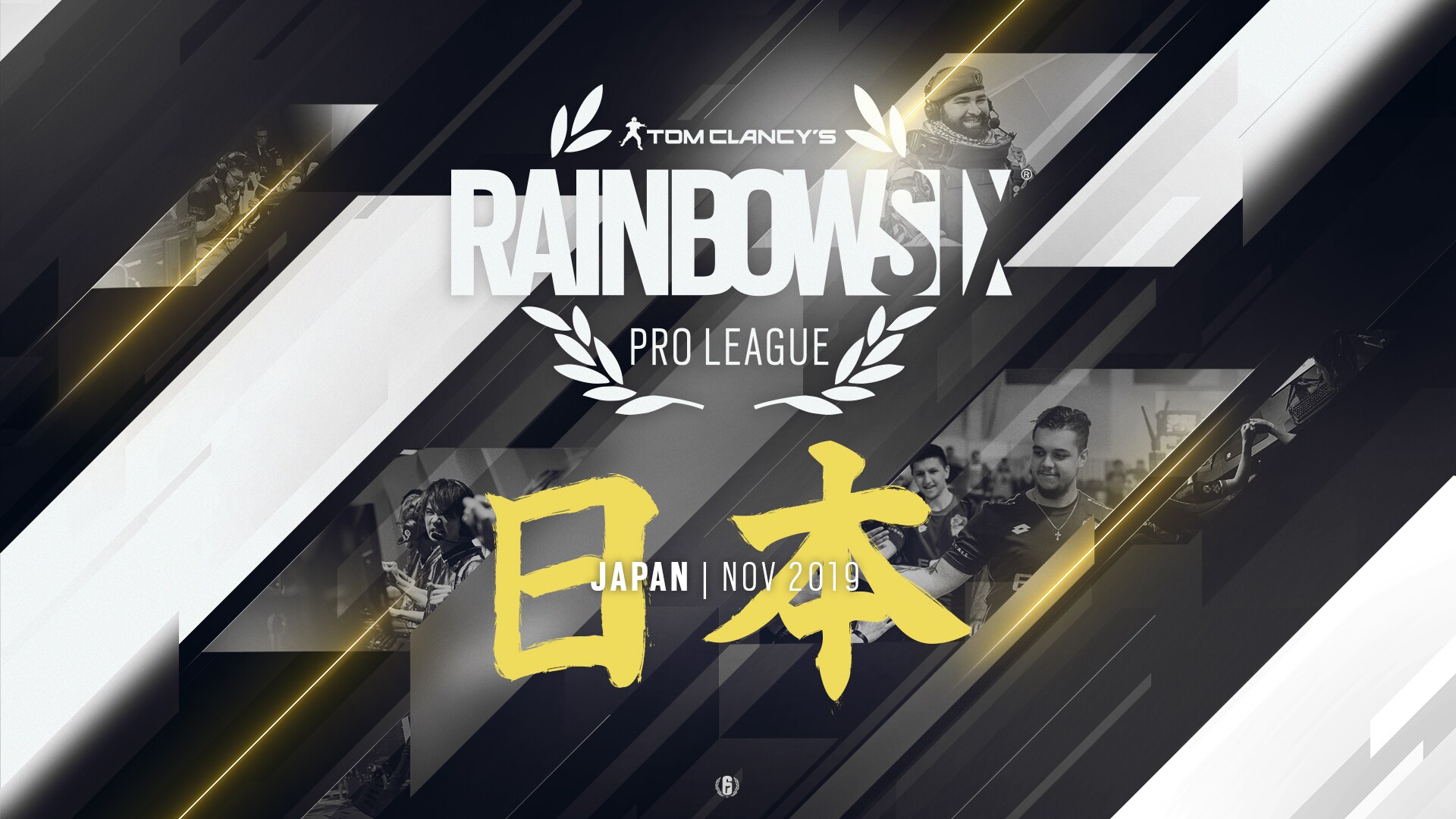 Please note that this blogpost will be updated on a weekly basis with fresh and new information about the Pro League Finals Season X in Japan.

The moment we were all waiting for is finally around the corner! For the Pro League Finals Season X, the Asia-Pacific region will host for the first time a global Rainbow Six: Siege event. To celebrate this special moment, 4,000 fans will gather in the Aichi Sky Expo to witness the best Rainbow Six competitive action. The event will bring together the best teams of the Rainbow Six Pro League, with two teams from each of the four regions represented: Asia-Pacific, Europe, Latin America, and North America.

What is Pro League Finals?

The Pro League Finals are one of the most prestigious layers of competitive Rainbow Six esports. It is a global competition, gathering all top two teams across four regions (North America, Latin America, Europe, and Asia-Pacific) competing each season to qualify for the Pro League Finals and battle it out for the title of Pro League Champion. This season is no different, with each region coming together on November 9th and 10th in Tokoname, Japan to determine who will be crowned the Season X Pro League Champion!

Ninjas in Pyjamas (LATAM): Top ranked in Season X of Latin American Pro League, Julio and his teammates showed impressive performances this season. They certainly have the ambition to reach their first grand final since the Pro League Finals Season 6.

FaZe Clan (LATAM): Second seed IN Season X of Latin American Pro League, FaZe Clan also reached the final of the Rio Finals against G2 esports. Their successful past allows them to dream big for Japan.

DarkZero Esports (NA): The recently acquired roster has a strong presence in NA Pro League, consistently sitting at the top of the standings. With experienced players on the team like BC, this team aim at shining at a global event.

Team Reciprocity (NA): Skys and his teammates have found a new momentum since their showings at the Six Invitational 2019. They are undoubtedly one the most fearsome teams in the competition.

Natus Vincere (EU): The Challenger League Season IX Champions have impressed both analysts and viewers, finishing top ranked in European Pro League. They are undoubtedly one the favorites of the competition in Japan.

Giants Gaming (EU): Formed by a part of the ex-LeStream roster, they has shown consistency throughout Season X. Their recent showing in Pro League has proven that they have become a powerhouse in the region.

Aerowolf (APAC): Hailing from Singapore, the roster was the first APAC team making its mark internationally at the inaugural Six Invitational 2017. New APAC Season X Champions, they will compete for the first time in a Pro League Finals.

Wildcard Gaming (APAC): Formed by the Orgless roster, the Australian underdog showed impressive performances this season, consistently sitting near the top. With experienced players on the team like NeophyteR, this team shouldn’t be underestimated.

Please note that all times in the schedule below are listed in Japan Standard Time (JST):

Like with previous events, we will be releasing six special charms for those who tune in during the Pro League Finals! The more you watch, the more charms you’ll earn. The drops will begin on November 9th and run through the 10th, with delivery on the release of the new season; so make sure you’ve synced your Twitch account with your Uplay account to be able to earn the drops while watching the event.

There are Six in-game weapon charms that can be universally equipped: Bronze, Copper, Silver, Gold, Platinum, and Diamond. The longer you watch, the higher ranked the charm.

Be sure to register your account by heading over to https://drops-register.ubi.com/ and link your Twitch account to your Ubisoft account. You will then be prompted to opt-in to the drops feature. That is it, done! Head over to Twitch and start earning your rank. Please be aware that all earned rewards will be automatically added to your linked Ubisoft platforms.

In addition, Twitch Drops are activated for all three platforms the game is currently available on: PC, PS4, and Xbox One, and you do not currently need to own Rainbow Six: Siege to be able to earn charms. If you have your Twitch account linked to your Ubisoft account, and your Ubisoft account has been linked with your console accounts or PC, then you will receive the charm when you login for the first time after installing.

I’m attending in person, what should I know?

All spectators must be 15 years of age or older - and attendees under 16 years old (from 15 years old to the day before their 16 year anniversary) will need to be accompanied by a legal representative. All attendees under 18 (15 to 18 years old) will have to leave the venue by 10 PM JST at the latest.

No cloakroom will be available at the venue for visitors.

Please note that there will be cameras at the event and you may be photographed or recorded as part of a video that will be released. Thank you for your understanding.

Cosplayers are more than welcome to share their creations and costumes during the event. However, to ensure safety measures, no weapons of any kind (regardless of material) will be allowed inside the venue.

Where is it located?

When does it take place?

*Gates to the arena will be opened at 9:00am. Tickets will be scanned starting from 8:00am when doors to Aichi Sky Expo open. A wristband will be given in exchange for each scanned ticket, please keep this wristband with you during both days, Saturday the 9th and Sunday the 10th 2019 to access the event.