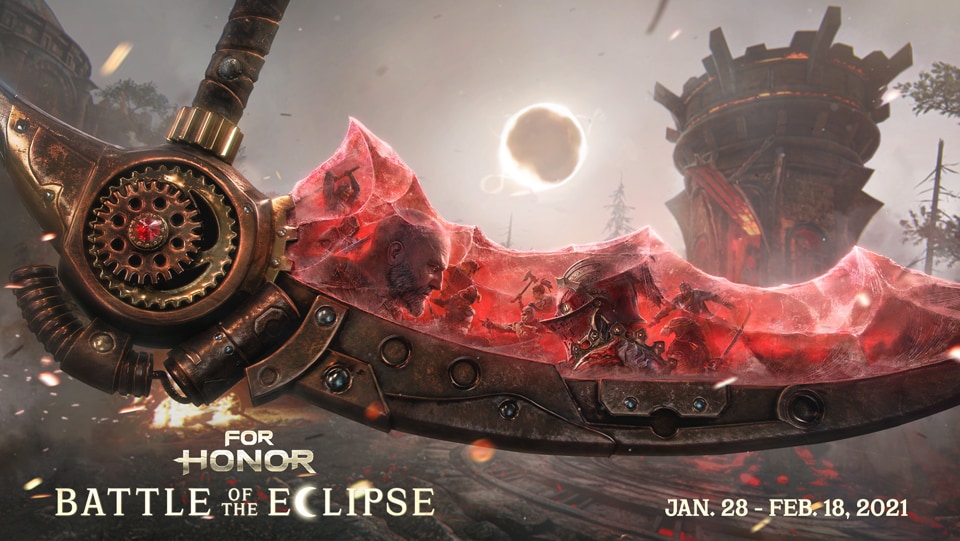 Battle of the Eclipse!

Warriors, it’s time to choose a side in the Battle of the Eclipse!

Starting today, January 28th, until February 18th, For Honor’s limited-time event Battle of the Eclipse is live with a special game mode.

The new mode, Eclipse, is a 4v4 game mode. The goal is to defeat the enemy’s Commander, Astrea or Gryphon, that will spawn once you have control of the forge. The forge is the only capturable zone in this game mode. Both teams will fight for it in order to get the Scythe: the only weapon that allows you and your team to defeat the Commander.

The Scythe will spawn once a team has full control of the forge, and it can only be grabbed by this team. After some time, the Scythe will break and the forge will reactivate, giving your team, or the enemy team, another chance to control it and get the Scythe.

If you lose control of the forge, don’t forget to defend your Commander!

In addition to the new mode, Battle of the Eclipse adds 28 new weapons to loot from now until February 18th. A free Event Pass enables players to also earn 35 tiers of gear and loot including a new Battle Outfit, Emblem Outline, Ornament, character Symbol and a Mood Effect. Players can also purchase a new Illustrious Outfit – Ecliptic Duality – from the in-game store, as well as a new Execution and two Signatures.

We’ll see you fighting alongside Astrea and Gryphon, Warriors!