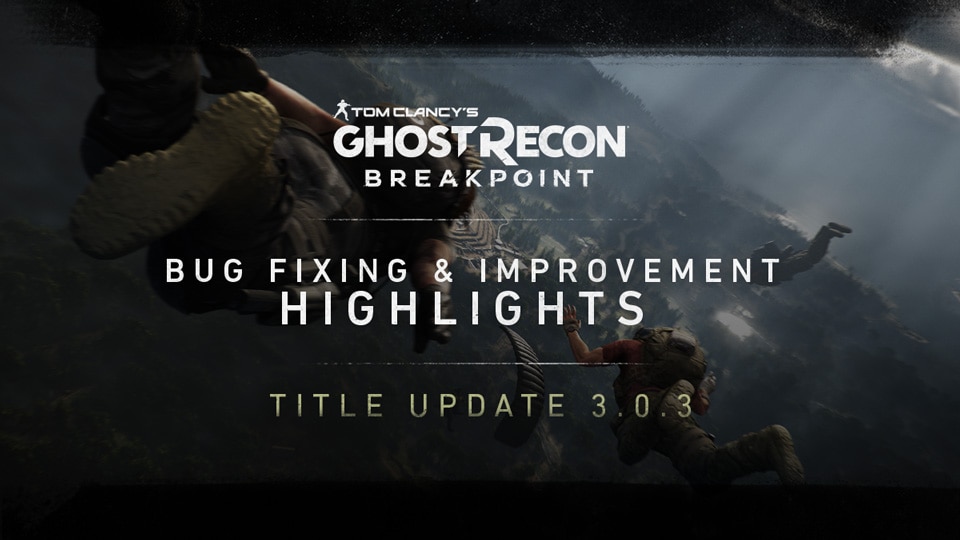 Ghosts,
Below is a list of some of the major bug fixes and improvements that will be included in our next upcoming patch for Tom Clancy’s Ghost Recon® Breakpoint, Title Update 3.0.3.
If you are expecting to see a fix that is not listed below, please be aware that this is not a comprehensive list of all fixes and updates to TU 3.0.3. We will be sharing the full list of Patch Notes closer to the release date of the Title Update.