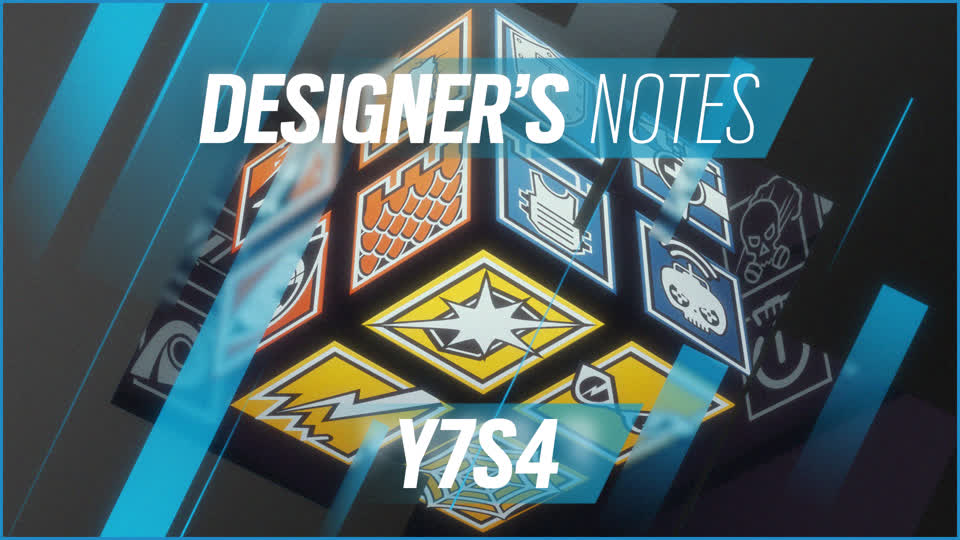 In this latest edition of Designer’s Notes, we'll go into detail about the balancing changes that’ll come with the Solar Raid Season Test Server and give you some insight into the reasons behind them. 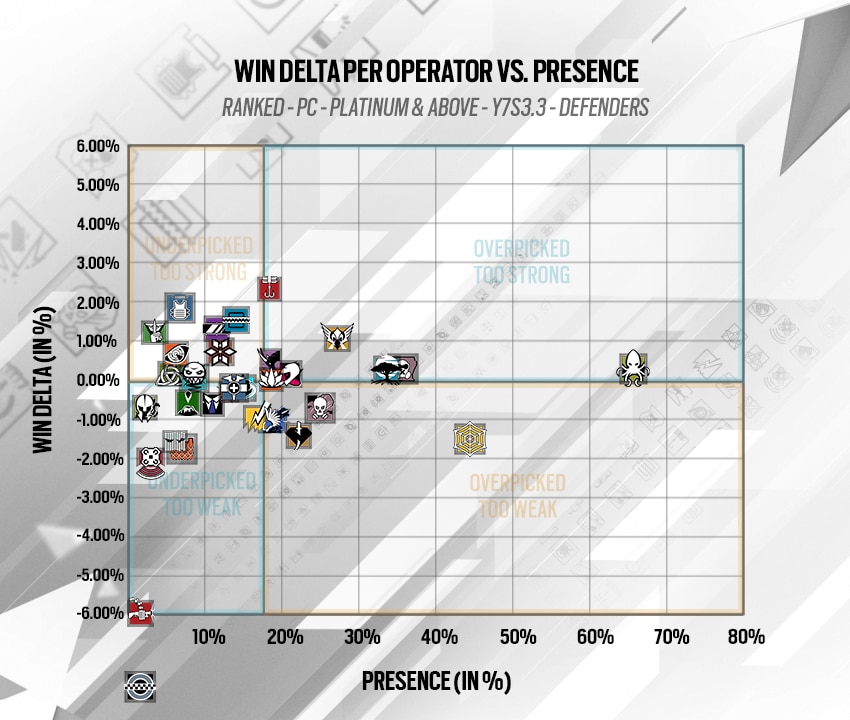 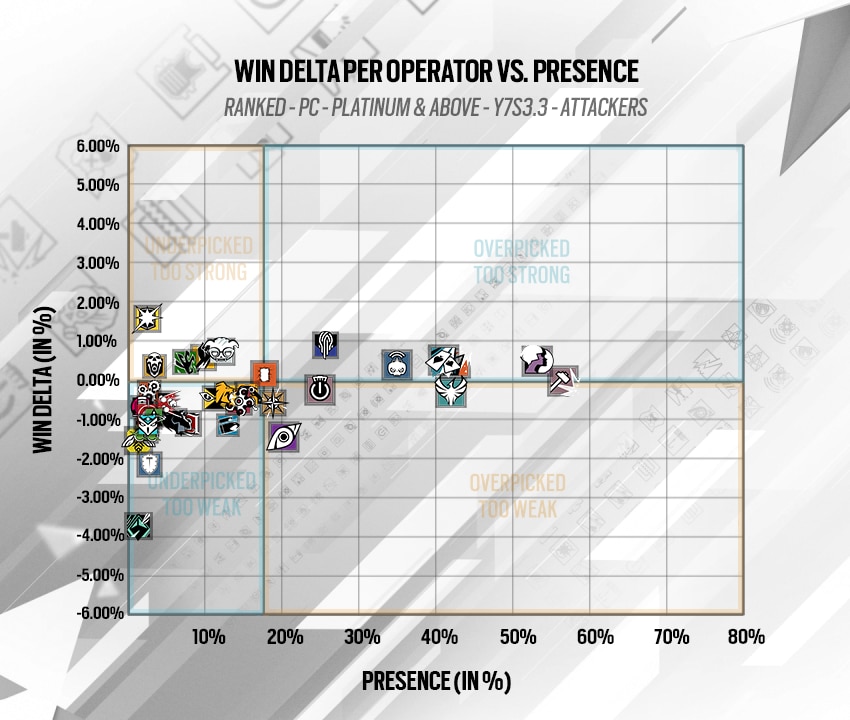 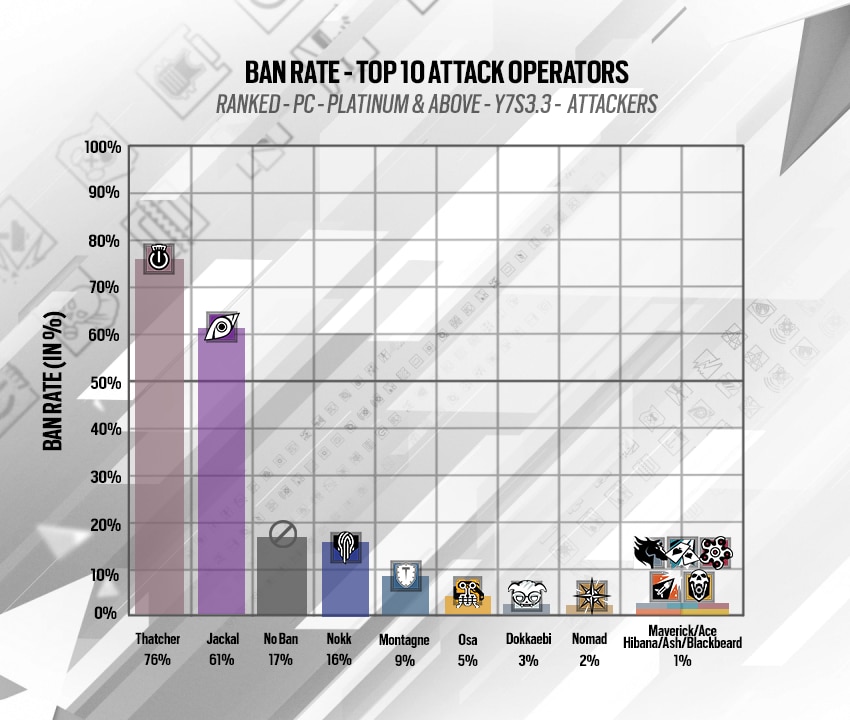 Every operator will now move at the same speed while aiming down sights. With this change, fast operators will still get around the map more quickly and heavy operators will tank more damage, but both should be on equal terms when taking on a fight and looking for the headshot. The relationship between speed and armor has always been a bit unbalanced. Speed is beneficial in every situation and has a direct impact on your performance, but armor lacks the same effect when a single headshot can kill you. This means that slow operators are always at a disadvantage during a gunfight when both players have good aim. This change should even the field.

We are also changing hip fire precision. As mentioned during the announced recoil changes, we want to reward precision and though sometimes useful, shooting from the hip has a strong reliance on luck. When you pair it with an operator going prone, it feels far less tactical than we’d like. So, we have decided to normalize precision regardless of the operator's position.

The Mx4 Storm with the 1.5x sight is a very fun weapon to use, and having an agile operator paired with it is a refreshing and interesting way to dethrone Jager’s high presence. But Alibi’s presence is going up too fast and her KD is also too high, so we will remove the sight. Its use has already achieved the original goal of putting Alibi into the spotlight, as we always saw her as a hidden gem. We do not expect her to go back to her presence in Y6S2 (5%) and we hope she remains a fun operator to include more frequently in your defensive setups.

By removing the outside functionality from the Prisma, we can stop the annoyance and stress of attackers having the warning message on screen all the time. Alibi’s other passive ability, which hides operators' identities when outside of the building, isn't as frustrating and makes her fun to use, so it will remain.

By reducing her speed, we want to limit the amount of destruction she can cause as the only resource she has to manage is time. We think this change can make it more challenging to leverage the instant destruction of hatches and barricades, as she will move slower.

With her arsenal, having the DMR and the BOSG, Dokkaebi is normally dedicated to holding long angles. She’s used to being far from the action and may need to do long rotations to join her teammates. Additionally, picking up a defender's phone can force her to completely change her approach, and rotate to the other side of the building to leverage the camera hacking. We expect the extra speed to help her in these situations.

Usually, 3-speed operators have a very aggressive playstyle, but Dokkaebi being limited to the SMG-12 and C75 for close range, reinforces her passive strengths and you will always have better options for aggression.

The added speed will let Echo relocate faster and help teammates with the Yokai drones. At the end of around his ability can be very decisive, as he can win it by himself without having to shoot a single bullet, but the reduction in health will force him to be more careful when taking fights in order to survive that long.

We buffed the recoil of the Scorpion EVO 3 in Y7S3.0 to align it with the new direction, and that made the weapon more useful at all ranges. But her previous speed paired with the strength of her Grzmot Mines, urged us to do something before she becomes an issue. We prefer to be a bit cautious with an operator with this record.

The Banshee is always a useful gadget. Even if it doesn't trigger, it gives you the information that nobody is coming from that direction. We want Melusi to be more aware of them to leverage their strengths. So, she will be slower and need to stay close to react to any activation. Additionally, the extra health can help her survive more fights around the Banshees or play in close quarters with the shotgun.

We want to reinforce the use of the shotgun in low ELOs to help with prep at the site. The extra health will make close-range engagements more appealing and help him survive fights.

Osa only exposes her limbs while holding the Talon-8 Shield, and she is vulnerable when pushing behind it as she cannot fight back without exposing herself. The extra health may help her survive an engagement while the shield is equipped, and get back to safety, to equip the weapon or wait for a teammate, to push again.

While being a 3 armor operator helps to tank more damage when trying to push behind the R.O.U. Projector screen it primarily served as an opportunity to add more variety to the attacking line-up. We believe that Sens will fit better as a 3 speed operator. This change may help them execute faster and follow the R.O.U. Projector closer to leverage its potential.

With this change, we intend to make Sledge play a bit more carefully. Currently, when he takes control of an above floor, he feels free to destroy a lot without facing too much opposition. The slower movement will reduce the reaction time allotted to run away from Nitro Cells and the extra noise will make it easier to punish predictable players. On the other hand, the added health may help him survive less accurate explosions.

We considered a rework for some time but decided to release the EMP impact grenade to see its effect on the game and on Thatcher's ban rate, before reevaluating his possible rework down the road. It’s still too early to see all the effects of the new gadget, but we can still make some small changes to combat his high ban rate.

By making him a bit slower, he will need more time to rotate after using all his resources to open walls at the beginning of a round. This may make him less ban worthy if players aren’t interested in playing him in every situation.

Thunderbird maintains a high presence on console despite the changes to the Spear.308 in the previous season. Rather than touch the weapon again, we will reduce her speed to encourage more passive play near the Kona Stations. More health also means more opportunities to leverage her gadget and play as an anchor.

Zero has a lot of work to do to create his camera network and can easily spend an entire round trying to properly place cameras. His speed increase should shorten the set-up time and allow attackers to leverage all the information gathered by them before the final execution. The health reduction will make this work more dangerous however, as he will be vulnerable with the Argus Launcher equipped and will resist fewer bullets.

Zofia has a very strong loadout with 4 projectiles and access to an LMG, which isn’t as strong as before but remains a good option. Basically, she can do everything on her own. We do not want to change that, as having more autonomous operators can make things more agile for the attacking team, but we can slow her down. Additionally, it should better differentiate her from Ash, as both have always been quite similar.

The AK-12 is one of the highest damage per second weapons, which makes Ace powerful in the breaching and fragging departments. We want to align him with the other hard breachers, who are more balanced utility-wise. We think the recoil is challenging enough for now so we will reduce the damage to directly affect the DPS.

This change will also affect Fuze, but we do not expect it to have the same effect on him.

With the introduction of the new recoil patterns, and more precisely, how the recoil intensity increases over the duration of the burst, we have considered that the previous magazine change of 25 bullets from 30 is no longer needed. Having a bigger magazine will make the weapon more comfortable to use.
With the aggressive meta we have right now, it is difficult for Jackal to search and take down multiple roamers. We expect this change will help him when facing several defenders in a row.

Suppressors across all weapons have seen an increase in usage of about 10% since the release of Y7S3.0, where we removed damage penalization. This is within the limits we were targeting. We expected to have outliers that would need adjustments after the change, and the FMG 9 is the first that has appeared.
Nokk's ability synergizes well with the silencer, therefore a higher silencer pick rate is not concerning. The current values show us that the FMG 9 may be too easy to pair with this attachment. So, we will make using this combination more challenging, especially at long range, by increasing both vertical and horizontal recoil.

One of the objectives of the recoil changes were to adjust the power of LMGs. This was effective on PC but not as much on consoles. So, we are going to increase the intensity of the 6P41’s recoil by another step.

Even with changes in the pick rates between Zofia's weapons, the shift can mostly be attributed to the M762 buff rather than the LMG-E nerf. The slow increase in the LMG-E’s pick rate shows players realizing that it’s still better. So, recoil will be increased to bring it in line.

This is a change made mostly for player comfort and should prevent accidental ally damage when opening rotation paths or hunting enemy drones. It should also address some instances of griefing and toxicity known to occur in that phase.