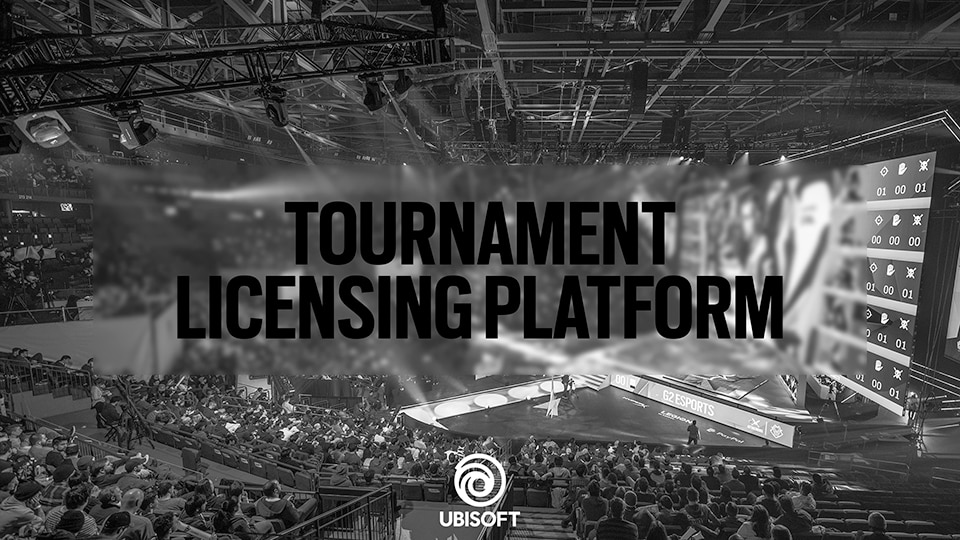 Since the start of our esports activities, we’ve seen many tournaments organized throughout our local communities. Grassroots competitions have been the foundation of our esports ecosystem and continue to provide opportunities for players to test their skills and start their competitive journey in our games. As we continue to cater to our local scenes and work with third-party tournament organizers, we’re very excited to introduce you to our new tournament licensing platform!

Thanks to this new feature, available directly on the Rainbow Six Esports website, we are looking to streamline the process to grant licenses to organize Rainbow Six Siege tournaments.

How does this platform work? Read on below to check out all the details on the new tournament licensing platform.

This is the very first iteration of the platform we are releasing publicly. Our goal is to continue to finetune this tool to make it as useful as possible to our community, offer more options in the future, and expand it to other competitive games at Ubisoft.

WHAT IS A TOURNAMENT LICENSING PLATFORM?

Our goal with this new platform is to facilitate the access to tournament licenses by streamlining our request and review process for third party applications. To put it simply, tournament organizers within the community will now have a central space to request and receive their license faster than ever before.

HOW DO YOU REQUEST A LICENSE?

The platform will have 2 different types of licenses available, depending on the scale of the tournament organized:

Once the request is approved, you will receive your license, along with a tournament kit with useful content and guidelines to help you organize your event.

At launch, licenses can only be generated in English.

More languages will be added later on.

For the time being, only the Community License is available on the platform. The Custom License feature will be added later on. In the meantime, if you wish to organize a tournament that would normally require Custom License, please reach out to custom.tournament.licence@ubisoft.com

We are still at the initial stages of this project, and we wish to continue to finetune our tournament licensing platform in the coming months and years.
In the meantime, here are the next features we are looking to implement in the future:

Stay tuned for updates on the tournament licensing platform by following us on Twitter at @R6esports.