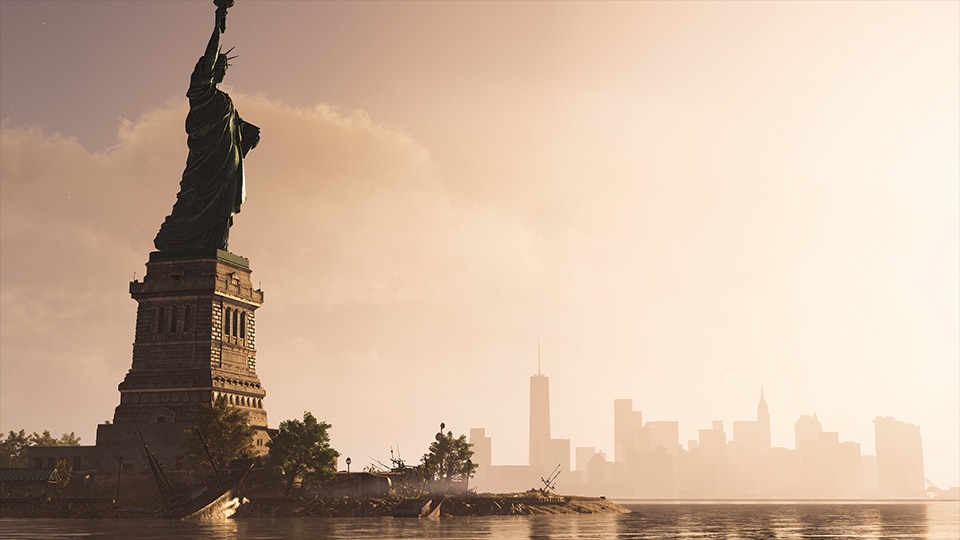 What you need to know before heading to New York

The Division 2 Warlords of New York comes with new activities to complete, game-changing improvements, new gear to collect, old and new threats to face, new challenges for everyone and in general, brand new content to explore.

Your adventures in New York require an upgrade to your firepower, which is why in The Division 2 Warlords of New York, players will be able to increase their Level from 30 to 40, and are presented with our new end-game. Gear Score, a term our veteran players know, will no longer be the way to measure how powerful your agent will be once you venture into South Manhattan. You can check out the changes coming to the game with The Division 2 Warlords of New York expansion here.

Players who don’t own the expansion will continue to protect Washington D.C. in World Tier 5, at Level 30 and an increased 515 Gear Score. They won’t be able to join New York players or Level 40 agents in the Level 40 Washington D.C or New York activities, but will still share public spaces such as Settlements or the Base of Operation.

The Division 2 Warlords of New York owners who didn’t complete the main Washington D.C. campaign and World Tiers can, if they wish to do so, start from Level 30, World Tier 5 and transfer to New York, using the Level 30 Boost that comes with the purchase of the expansion.

The Mission: Returning to New York

The pursuit of Aaron Keener requires your intervention, Agents of The Division. The mission requires you to be sent to New York and investigate reports of a new bio-weapon attack.

Considering the delicate scenario, once sent to New York, you won’t be able to return to Washington D.C. for the duration of the entire operation. However, once you’ve reached Level 40 and finished the main campaign missions, you’ll be free to switch between Washington D.C and New York as you want, enjoying the brand new endgame and seasonal post-launch activities.

Enemy Scaling and Freedom of Choice

In The Division 2 Warlords of New York, enemy levels always scale to player level, regardless of the activity you choose. You’ll be able to explore the map and play any mission you want, whatever order you prefer since missions will be scaled according to your level, alongside the Open World. Choose your own path, agents!

Of course, it’s still possible to play missions with other agents since enemies will scale their power to the group members in the session.

Once you finish the new main campaign missions and reach the new level cap at 40, all world activities will scale at max level too, including those in Washington D.C.

Playing the main campaign missions will sure help to get to the maximum level and finish your objective. However, exploring New York has its own rewards! Not only will you encounter Control Points, Supply Drops, patrolling enemies and other activities, you can also pick up loot from the different containers spread around New York, new collectibles, puzzles and much more! All these activities scale with your level too and make New York truly your own playground!

Upon the arrival in New York, what Agents should expect is an unexplored territory where the entire world map is initially covered by Fog of War. 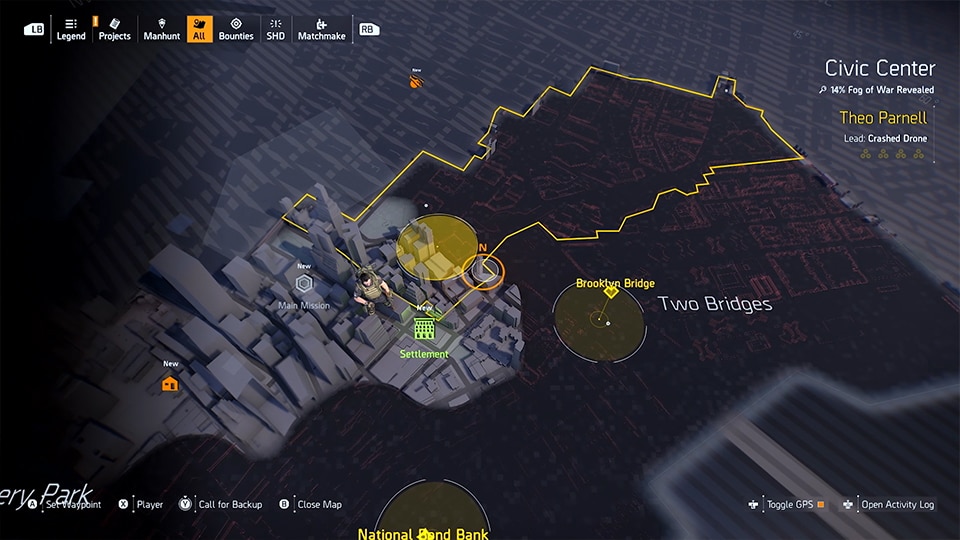 Even in the dark of the Fog of War, you’ll be able to see clues that will help you through the hunt for your primary target: Aaron Keener. Agents, you’re the Light in the Dark.

Once again, New York needs The Division. One more time. Will you heed the call?