This Week in The Division 2 – January 16

Today we’ll summarize the information shared on yesterday’s State of the Game regarding how we’re changing gear in an upcoming update after Episode 3.

Yesterday’s State of the Game introduced sweeping changes to gear coming in an update following Episode 3. We wanted to rework the systems related to gear to something that is easier to understand, more rewarding for the player and further emphasize the satisfying progression of finding a key piece for your build. The so called “budget system” will be a thing of the past and “god rolls” are coming to The Division 2. Combined with the upcoming UI changes we first showcased back in December, gear drops will now be more intuitive, and you will be able to tell at a glance if your new gear item is an upgrade to your existing kit. 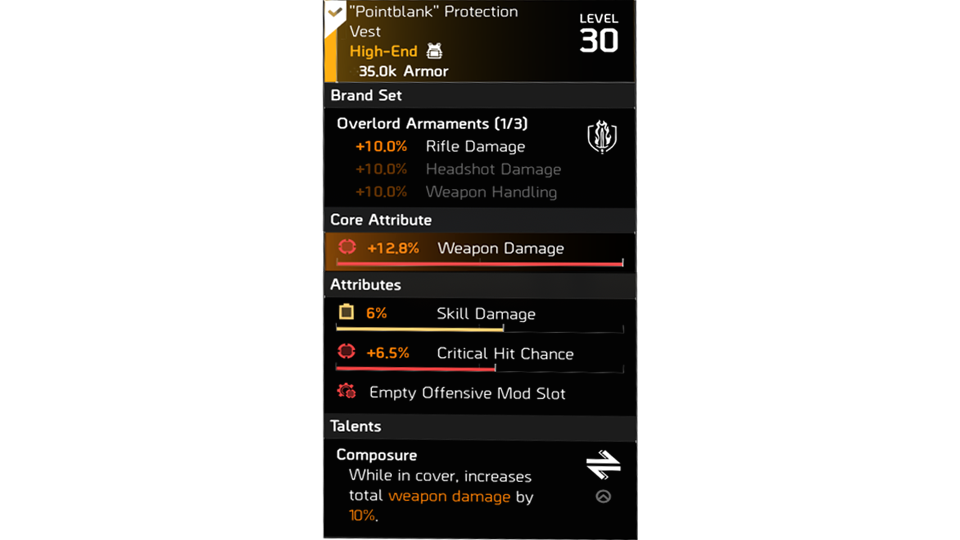 All brand sets have been looked at with the intention of making them more aligned with various playstyles, increase the amount of fun synergies between them and lower popularity brand have been revitalized. Talents have also seen an extensive overhaul with the removal of activation requirements and made more impactful to your build. Further changes to the core attributes are also present, where they are now fixed per brand and can be recalibrated.

We can’t wait for you to get your hands on these changes when they are ready, and we hope that you tune in as we reveal more of what our plans are.

For all the juicy details, check out the Twitch VoD.

The eagle-eyed amongst you may have noticed a mention concept art for the upcoming Foundry raid in last week’s article but a distinct lack of art to go with it. This was an error on our end, but we wanted to make it up to you this week.

As mentioned last week, we’re currently looking at a mid-2020 release for the second raid for The Division 2. More information will become available as we get closer to its introduction, stay tuned!

Next week’s State of the Game will continue to focus on changes coming to The Division 2 based on community feedback after Episode 3. Recalibration and Skill Power will be the topics of the day, including the introduction of stat storing. We hope to see you there on January 22nd!

Until next time, / The Division 2 Development Team