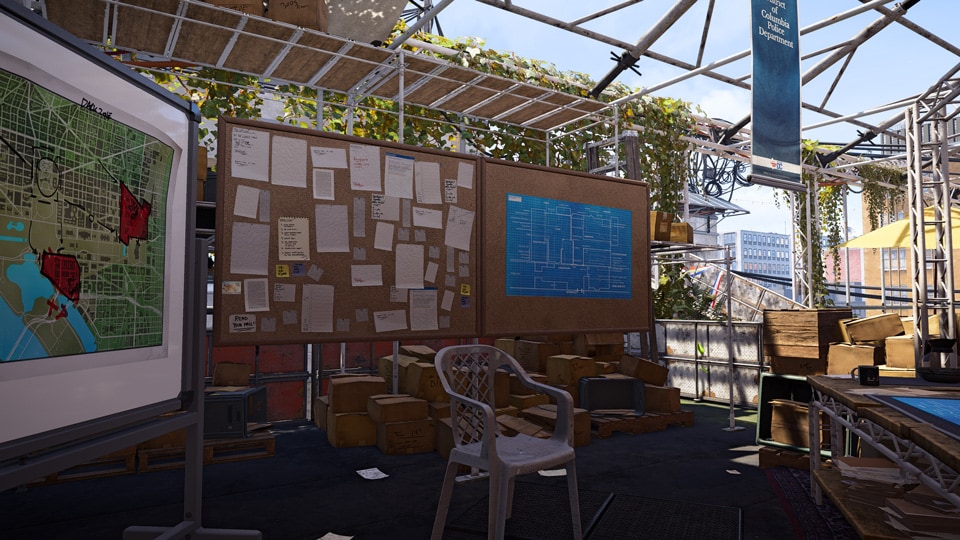 Welcome to another episode of Intelligence Annex—the series in which we dive deep into the features and systems that you will find in The Division 2. Today, we are going to discuss two fundamental systems of the open world—Bounties and Projects.

Bounties are the new and improved iteration of the High Value Target system that was available in The Division. At their core, bounties put a price on the heads of enemy bosses to reward Agents for eliminating hostile threats to the city. Washington, D.C. is anything but safe, and it is the responsibility of Division Agents to keep these ringleaders off the streets.

A new addition to the system is that, in addition to hand-crafted bounties, many bounties are procedurally generated. These bosses have been busy building their own agenda, which includes eliminating Division Agents like yourself. As a result, they may also have access to SHD Tech and all the abilities that come alongside it. As an example, a Hyena boss may utilize armor kits or Striker Drones in combat. Each side mission and locations all over Washington D.C have been designed to support exciting battles with a variety of enemies. Each time a player chooses to track a boss, that boss selects a location fitting to the abilities of the squad that accompanies them.

The combinations of encounters are endless if you partake in the system!

As bounties increase in difficulty, the leaders will be accompanied by larger and more well-equipped squads and can even roll deep with additional bosses!

You can earn bounties through a variety of sources:

Upon reaching the end game, you will gain access to the Priority Target Network—a progression tree of weekly bounties which tell the continuing story of D.C.. Completing these bounties progresses you through the tree up to a final, Heroic Bounty that delivers the best rewards upon completion. These bounties each cost Target Intel and will be one of the many evolving challenges available in The Division 2. Remember that progress through the Priority Target Network resets weekly, so you have to eliminate as many bosses as you can within the allotted period!

We are also happy to announce that players will retain failed bounties in order to give the challenge another go, but be careful – these targets may relocate and will bring in fresh help to defend themselves!

Projects take the Assignments system from The Division and rework them into a feature that emphasizes the dynamic nature of the open world. Earned early on in the leveling experience, Projects are calls-to-action by Settlement Leaders and the Division Coordinator as you explore D.C. The settlements have needs and goals they cannot meet without your help, and they will definitely make it worth your while! There are a variety of Projects available in The Division 2:

Completing any of these Projects rewards blueprints, mods, crafting materials, experience, and bounties!

Thanks for joining us for today's dive into Bounties and Projects! Remember that these are just some of the Bounties and Projects you can expect to find in The Division 2. Be sure to join us over on the Official Forums or on the community Reddit to discuss today's article; we would love to hear your thoughts!