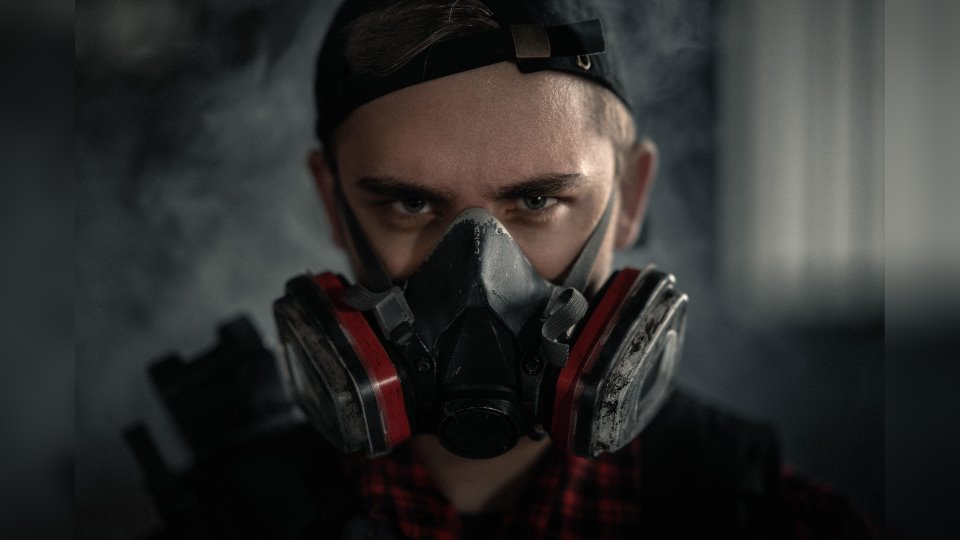 Today we are bringing you a new instance of the SHD Spotlight, an article series where we sit down with passionate members of our community to highlight their creations, inspirations, and involvement in The Division game and community. Remember if you would like to be featured in a future SHD Spotlight, reach out to us on Twitter using the hashtag #SHDSpotlight!

For today’s interview, we approached Sebastian, also known as Neonescent, to ask about his cosplay and virtual photography journey in The Division Community!

You might know Sebastian as Neonescent, a talented cosplayer and virtual photographer within The Division community. His photos have been featured in our Agent Highlights and you might recognize some of his shots from our State of The Game streams. When he isn’t wearing The Division patch in his cosplay, you can find him developing software in real life, solving complex problems with the help of technology. 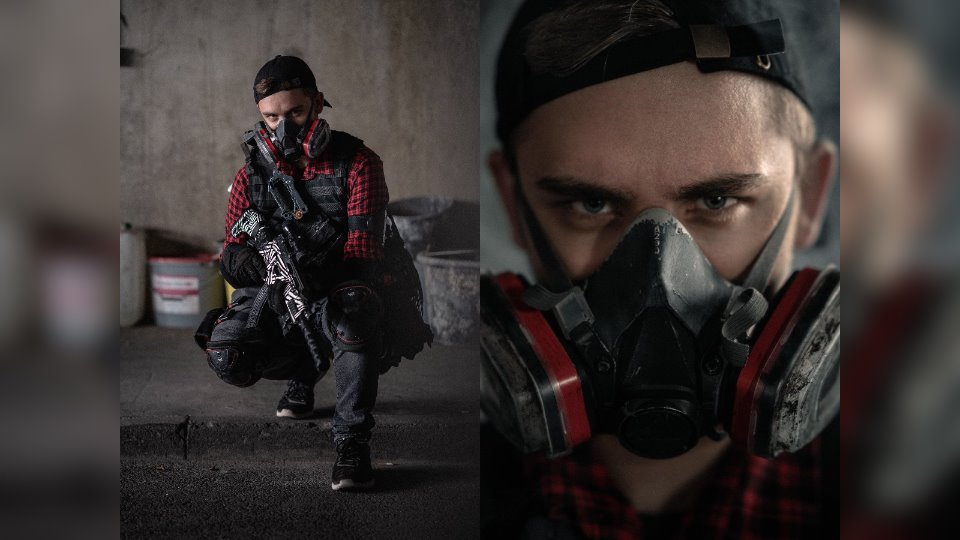 Sebastian was first introduced to The Division as a solo player and was a huge fan of the gunplay. With the news of The Division 2, Sebastian created a new character on the original Division game and played through the story once more so that his memory was fresh for the upcoming sequel. During his time playing The Division 2 he focused his playstyle more with friends and swapped his play styles between both a rusher and a healer build, always in service to the team and mission at hand.

“The Community is very welcoming to new Agents.”

Sebastian joined the community on Twitter following his passion for Cosplay. He then reached out to well-known members and built strong relationships with them, which he maintains to this day. Sebastian finds his inspiration from a range of sources such as: cosplay, art, music, podcasts/ streaming and virtual photography. With all these muses no wonder he is such a creative individual.

Having been involved in multiple conventions, there is a chance you may have spotted Sebastian before. He took his first cosplay of his Division Agent to Gamescom in 2018 and took part in multiple photoshoots with other cosplayers. To his surprise multiple people wanted to snap a photo with the real-life Agent.

In 2019, he attended even more conventions in Germany which included: Hanami, AniMagic, Connichi and once more Gamescom. We think someone has an appetite for conventions and showing everyone his brilliant Agent cosplays. 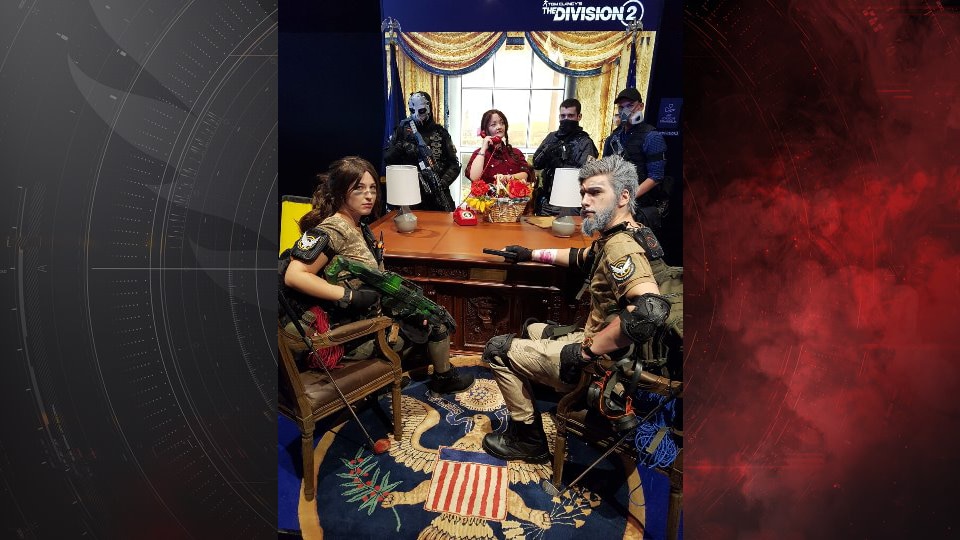 We asked Sebastian where he draws inspiration from to do cosplay, and he said Darkymoony had great influence on his first Division Agent. It was her insistence to create a cosplay two weeks before Gamescom 2018 which started the journey. What followed was a work of passion as he quickly learnt how to work with EVA foam, styrodur and the tools needed to craft the ISAC Brick and various other props for his Agent. 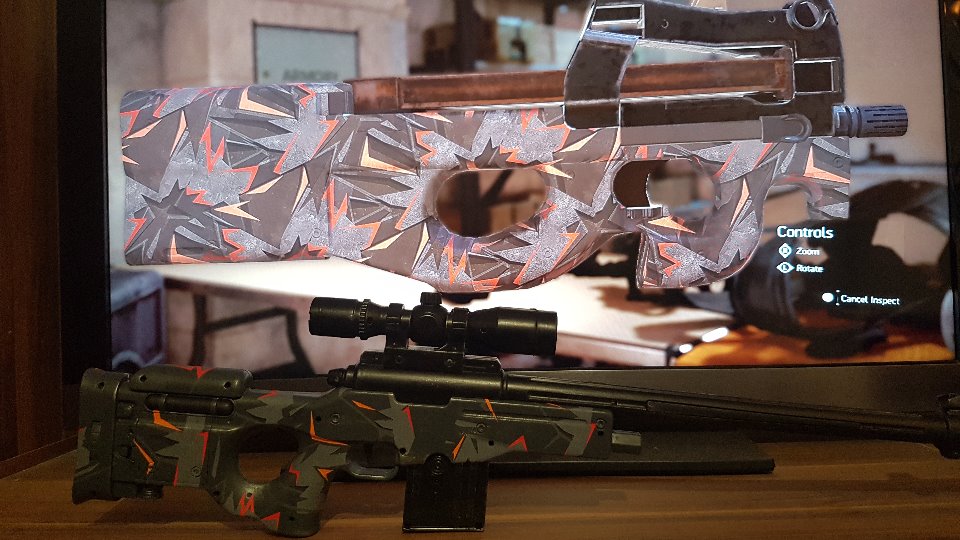 Once at Gamescom, Sebastian created a twitter account: Neonescent dedicated to Cosplay whilst waiting in the convention area in the morning. This was followed by a chat with our very own Ubi-Johan, making it Sebastian’s first contact with a Community Developer on a game he was a super fan of.

We asked what his favourite photoshoot in Cosplay was and Neonescent did not disappoint and the results are satisfying. Together with multiple other agents, Lowmex, Skumy666, Frostie, Ne’tra, DarkyMoony, and Bonedaddy, their talented photographer thecompanionphotography and her assistant thecompanionfilm, they created some inspiring photos! One of them is featured below: 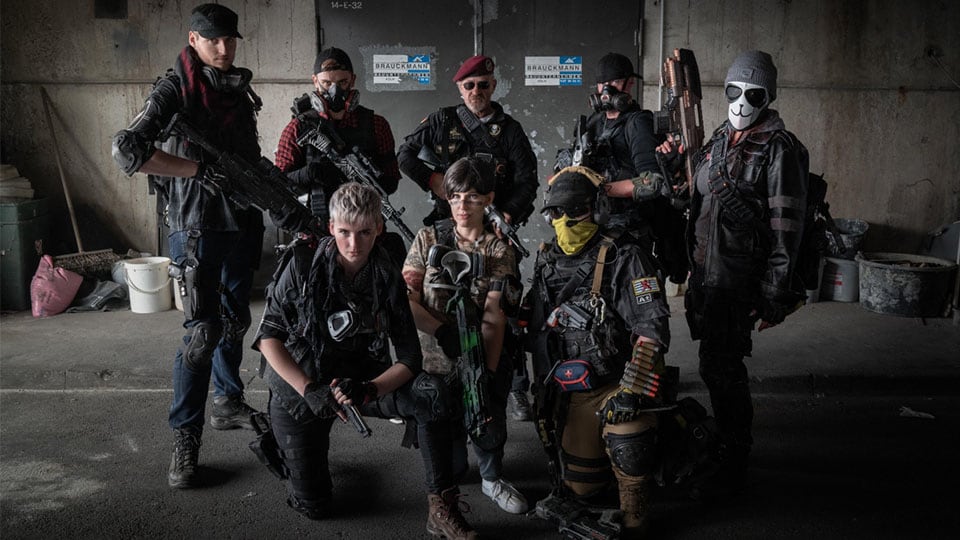 Back in September 2019, Sebastian opened a new Twitter and Instagram account under the name “neonesent_vp” to share his virtual photography. Sebastian takes full advantage of the photo mode feature in The Division 2 and we asked him to describe his style.

"I would say my current style is “Attention to Detail.” Details that are overlooked fast, not seen by many, but beautiful and unique. After all, virtual Photography is art, it’s not just pressing a button, but a story behind it”

Light is a crucial aspect in his photos, and he is personally a fan of neon lights, dimly lit rooms and environments creating moody atmospheres. With the current lighting system in The Division 2, Sebastian was able to focus on angles, light and shadows to capture subjects in unusual ways.

We asked for his favourite set of photos and he told us that there are two sets. The first being a captioned “Stop” and “Go” with the pedestrian traffic light, which is an important shot to him. You can see them here: 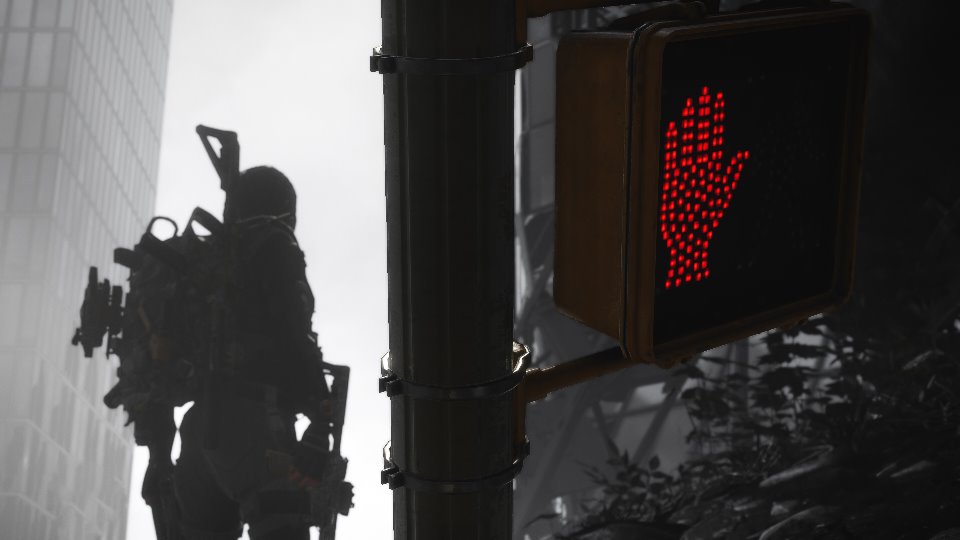 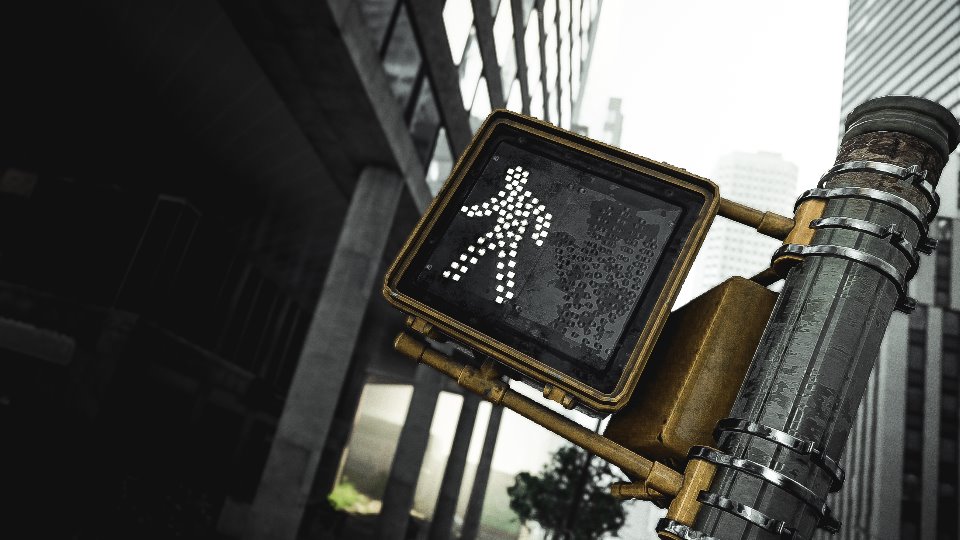 The second favourite is one of his most recent, captioned, “If you round your edges, you lost them.” The subject of this photo was the edge of a metal plate on the floor sticking out in the Warlords Of New York’s Main Mission “The Tombs.” He said it represented the edges that we as people have: insecurities, little quirks, unique personality traits – all the things that makes us special. You can find this photo below: 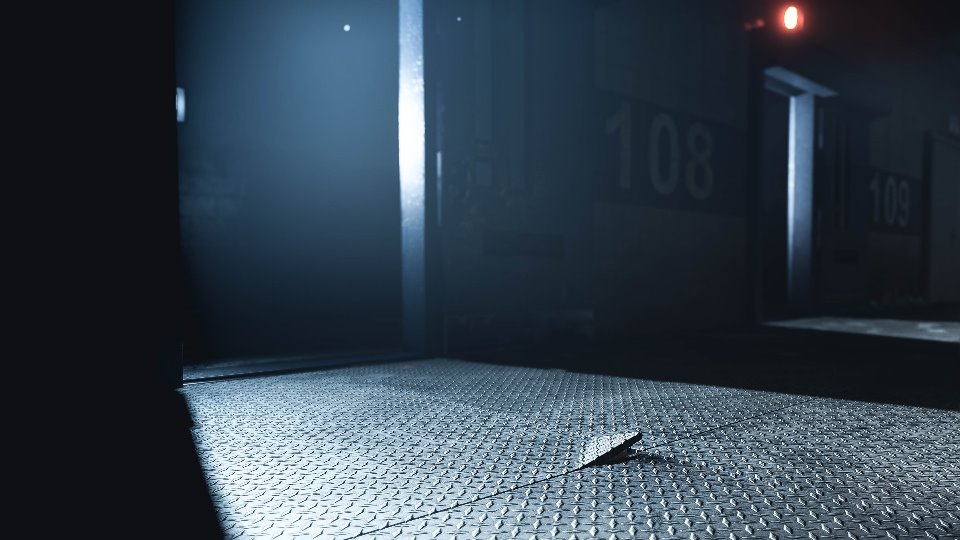 Our personal favourite is a photo which was taken with the help of Issinn. This was very well co-ordinated between the two Agents. They play a lot of The Division 2 together and have become close friends with their love for virtual photography and it really shows: 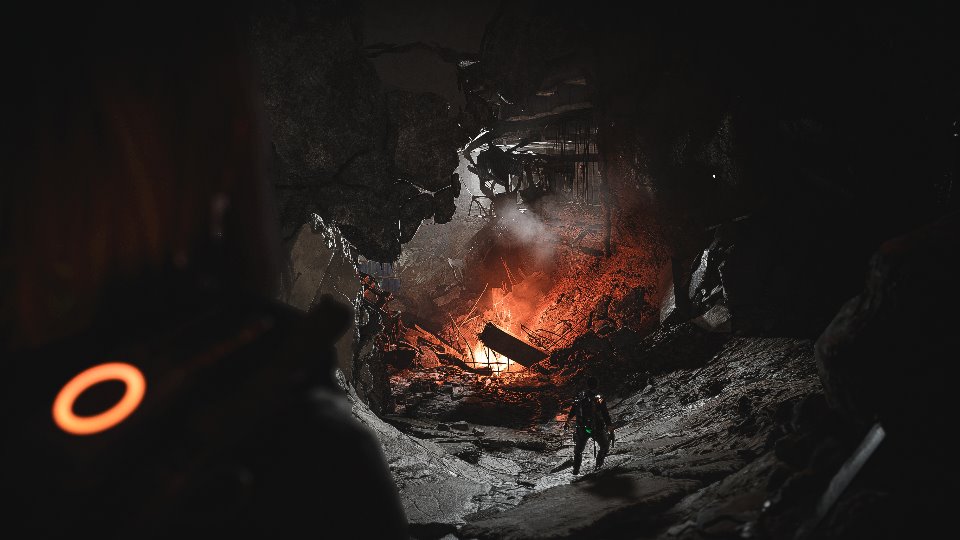