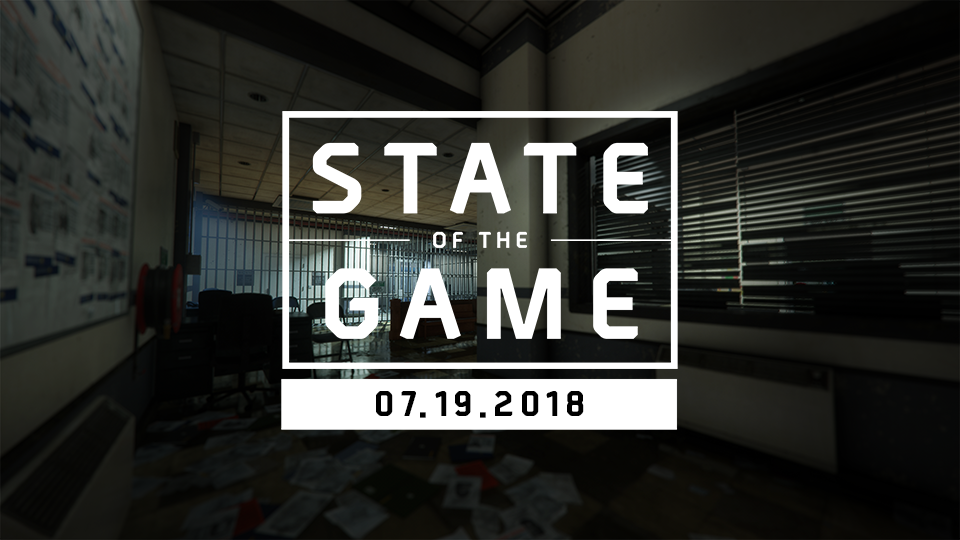 State of the Game: SACRED SHIELD AND SDCC DETAILS

During the last State of the Game, Community Developers Petter Mårtensson and Hamish Bode reviewed the Shields feature and highlighted various creations from our community!

This week, Hamish joins Community Developer Yannick Banchereau to announce the launch of the next Shield, a free Underground DLC Week, and an upcoming client patch.

The long awaited Shield is now live across all platforms! "Sacred" requires players to complete 10 phases, get to level 10 and kill 10 Hunters in the Underground. Please note that this Shield is not retroactive, so progress will begin anew.

Underground is also free for one week to coincide with the launch of the Sacred Shield! Starting today, July 19th to Thursday, July 26th, all players can venture into the Underground for free.

We have seen the conversation around the recent "running in place" bug, and we want to address it in a future client patch. We want to preface that resources are very limited due to the fact that we are working on The Division 2, and we will have to reroute developers from the sequel to help make the necessary changes on The Division. With that being said, we do not want to give up on the game that started it all. We also see this as an opportunity to examine the current Striker meta.

The first day of San Diego Comic Con is today, and we are conducting a panel tonight at 6 PM PDT! Creative Director Julian Gerighty, Lead Narrative Designer John Björling, and Writer Alex Irvine will sit down with Dark Horse Comics editor Ian Tucker to discuss the universe of The Division 2. The panel will not be livestreamed, but a VOD will be available.

We also have a few announcements to make in collaboration with Dark Horse!

We are also introducing a new Division novel that will be available March 2019. Spring has come to the world of Tom Clancy's The Division, and with it the challenge of protecting rebirth and rebuilding civilization. Following April Kelleher, a resourceful and determined survivor, the new novel takes the reader on a journey from the hostile streets of post-pandemic New York into a devastated American Midwest. Suspenseful and action-packed, this survival story shows the length to which people will go to save what matters most to them.

Remember that Global Event Assault is coming this month, and when we have a date to announce we will share it with everyone.