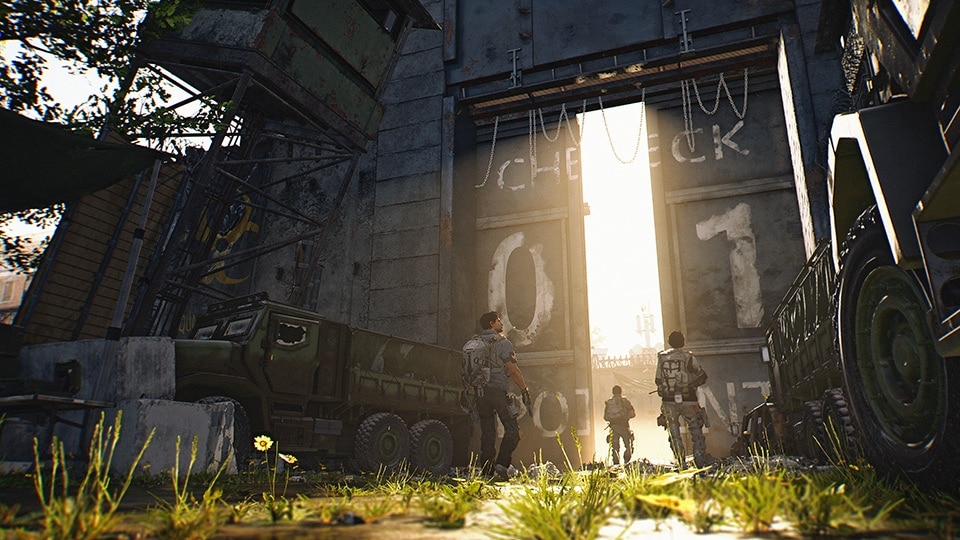 Intelligence Annex is back, this time breaking down the dangerous, untamed regions known as the Dark Zones in The Division 2.

The most notable change coming in the sequel is the introduction of three Dark Zones, each delivering a unique narrative and fostering new playstyles:

With three new Dark Zones also comes improvements to server capacity and overall size. In The Division 2, we created smaller chunks of Dark Zone for a maximum of 12 players at any given time. While we reduced the maximum player capacity by half for The Division 2, we reduced the overall size of the Dark Zone by thirds to increase player density. The quality of your encounters in the Dark Zones are improved, making your experience more fulfilling.

What's more, each Dark Zone reacts to player activity and engagements as you traverse the zone. If you are taking part in an activity in the northern section of a Dark Zone, events will begin appearing elsewhere to create draw in those areas and balance out the region. You need to be cognizant of your surroundings, as every Agent knows situational awareness goes a long way.

In The Division 2, your Dark Zone Level matters more than ever. Senait, the new Dark Zone operator at the Base of Operations gives you access to the new Dark Zone Perk interface—a tree of bonuses that unlock every five Dark Zone levels. While these perks are not power based, they improve your Dark Zone experience based on your playstyle. Ranging from extra space for contaminated items, increased rewards for Rogue agents, or additional opportunities for loot, you have the power to select from a pool of perks that best suit how you enjoy playing The Division 2. Death as a Rogue in the Dark Zones comes at a great cost of experience, though. Maintaining your Dark Zone level and, more importantly, these perks are a priority in The Division 2.

We are excited about a few big changes coming to extractions in The Division 2. While loot was static from the moment it dropped in The Division, it takes on a more dynamic role this time around. Firstly, only the rarer and more scarce gear upgrades found in the Dark Zones will be contaminated and require an extraction. The rest will flow straight into your inventory. Secondly, weapons and gear roll at the power level of the player who successfully extracts them. Contaminated gear is your best chance at finding upgrades within the Dark Zone. This creates more gearing opportunities for you as any stolen loot will always roll to your level.

A big change from Manhattan's Dark Zone is that the three Dark Zones in Washington D.C. will utilize normalization to level the player field. If you are new to The Division 2, normalization reduces the peaks and valleys between players who have high survivability or high damage output. While balancing is a factor to take in account when crafting your build, remember that your build choices are still unique and offer a variety of gameplay options. AI are not exempt from normalization either; they adhere to the same normalization rules players do.

Checkpoints are mounted with indestructible turrets to avoid checkpoint camping. These weapons target any Rogue or AI that crosses its path, so keep your distance!

We have one more new feature on the list dedicated to our most dedicated PVP crowd. Today, we are introducing dynamic, server-wide events called Occupied Dark Zones. During these events, all expected Dark Zone rules change. The concept of SHD and Rogue are completely gone; you are simply a player trying to reap the best rewards in our most hardcore environment. This translates to no Rogue states, a limited notification system, friendly fire active, and no normalization, allowing you to utilize every ounce of your build.

While one Dark Zone is Occupied, the other two operate under expected behavior. These end-game events are designed to be some of the greatest risk/reward opportunities in The Division 2. Are you willing to accept the risks?

Thanks for joining us for today's Dark Zone improvements! There is still more information to come for our most dedicated Dark Zone players, so stay tuned. Be sure to join us over on the Official Forums or on the community Reddit to discuss today's article; we would love to hear your thoughts!