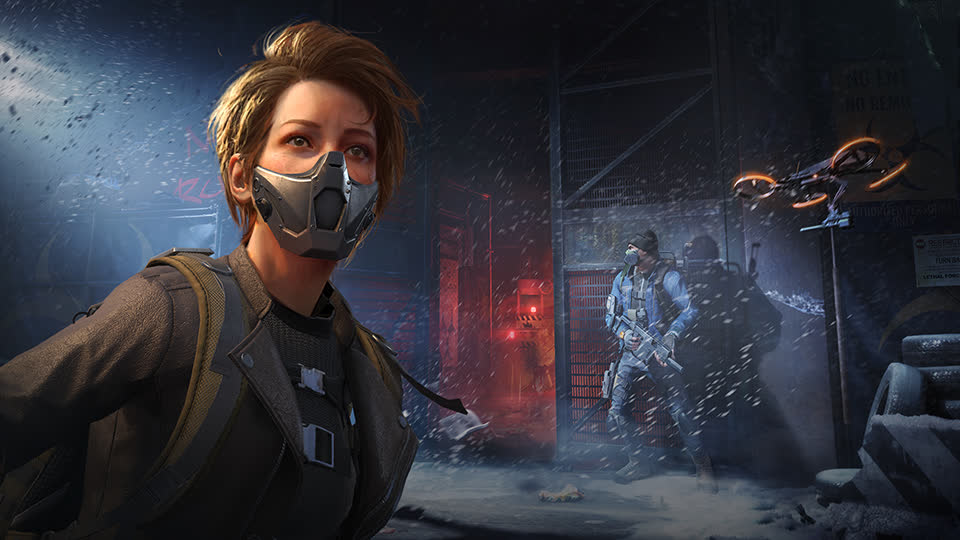 A few weeks back our first Closed Alpha test was taking place for The Division Resurgence and the question on everyone's lips at that time was "will there be PvP, will there be the Dark Zone?"

While we are busy getting ready for our next live test, and as this one will include PvP as well as other new game elements, we want to share with you information on how the Dark Zone will work in this mobile game.

What is the Dark Zone?

For many, this is a dark and ominous name fitting to a perilous and unforgiving location. But for those who know its ways, the Dark Zone is a place rich in experience and plunder!

The Dark Zone of NYC, aka. "DZ", is an area of Manhattan that has been quarantined and locked down due to higher levels of contamination and has become a veritable no-mans-land. Overrun by hostile factions and ferocious enemies, governmental groups were unable to maintain control there and have left behind lots of hardware and gear, making these streets great potential sources of high-end loot.

But getting your loot safely out of the DZ can be tricky as this is also an area where other players can try to take you down and claim your hard-earned rewards for themselves. You will have to exercise great caution when entering the DZ, and beware: even your closest allies can turn on you.

So enter the Dark Zone at your own peril and always keep an eye on those who've got your back!

The Dark Zone is a session-based activity of The Division Resurgence. To face the dangers present in it, you can go as a team with up to 3 other players. If you feel up for a challenge you can of course attempt a run into the DZ as a lone wolf, but whether you are part of a team or not, you will be matchmade with other players and the activity will start at the same time for everyone.

The contamination levels of the Dark Zone have increased over time and are now so high that masks are required at all times when venturing here. However, the filter on your mask will only keep you safe for a limited time, so if you fail to extract your infected loot before that time is up, your infection level will increase rapidly, placing you in mortal danger. You will want to keep an eye on the clock and figure out the most efficient routes through the DZ to get the most out of your short stay there. 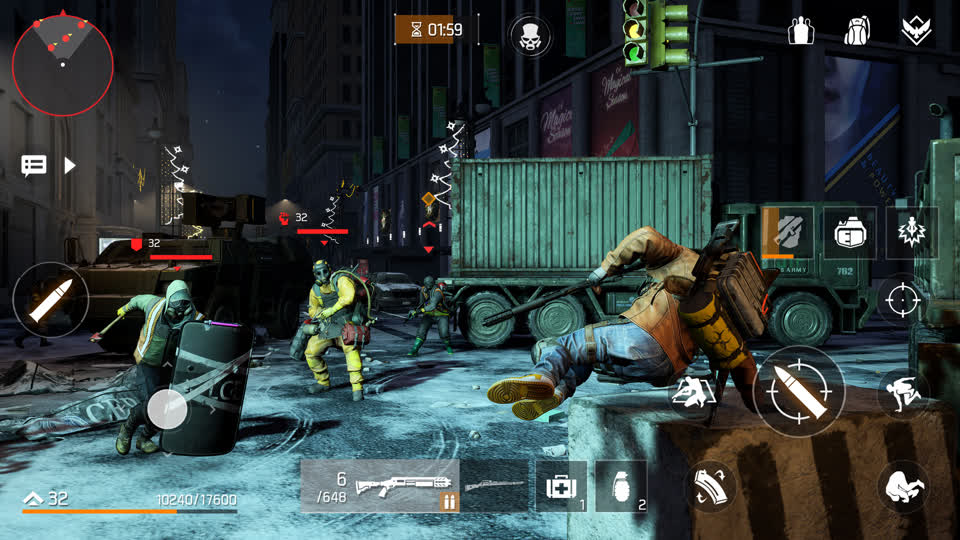 A major part of the Division experience is collecting and upgrading your loadout with new and improved gears and weapons. As always, the bigger the risk, the higher the reward... and there is no bigger risk than entering the Dark Zone.

Anything that has been in the DZ for too long is considered to have been contaminated by the Green Poison virus. Killing enemies, taking out other players, or looting crates of equipment will enable you to collect Contaminated Loot, but it will need to be extracted and decontaminated first before you can equip and use it. However, if you die before extraction, a portion of your Contaminated Loot will be dropped and can be picked up by any other player.

To extract the Contaminated Loot, you need to get to an Extraction Point and fire a flare gun to call for a SHD helicopter to come pick it up. When it arrives, it will send down 2 ropes: one to attach your Contaminated Loot on, and the other for your own extraction.

The helicopter will hover for a short period of time allowing all players to attach their loot. During this time, the rope can be cut by other players, dropping the loot on the ground for anyone to pick up. This means that other players gone Rogue could easily rob your hard-earned loot from you if you let them!

The Dark Zone is a lawless place where Agents can decide to work together, or betray each other out of greed... And an Agent doing so will be disowned by the SHD and treated as a Rogue Agent. 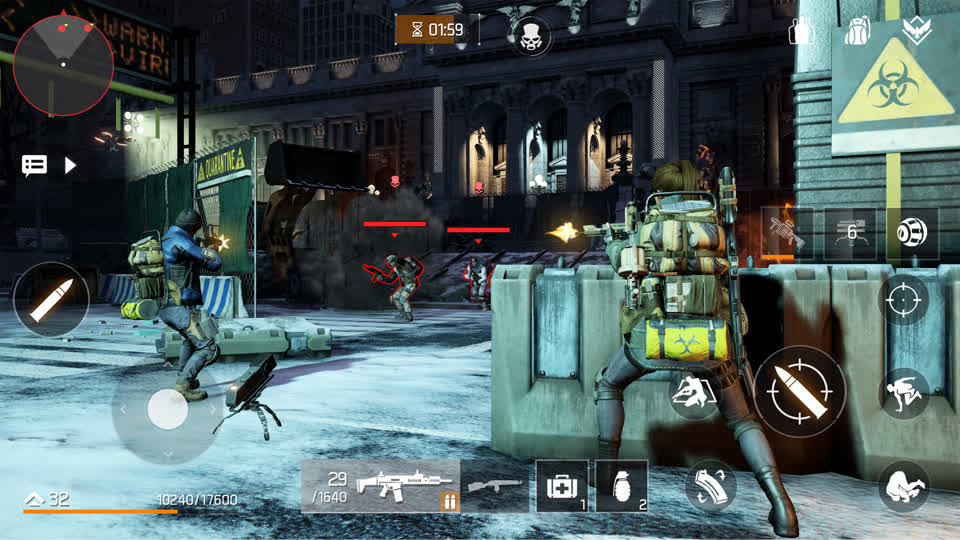 Dealing with the dangerous enemies of the Dark Zone is hard enough, but dealing with Rogue Agents may prove to be an even greater challenge... and anyone can choose to go Rogue in the Dark Zone!

Becoming a Rogue Agent will allow you to take on other players while making you a clear target for them, so you will have to think carefully before you decide to turn on your fellow Agents.

But don't worry, there's always a chance at redemption in the Dark Zone and you will have the possibility of removing this Rogue status, should you truly want it. 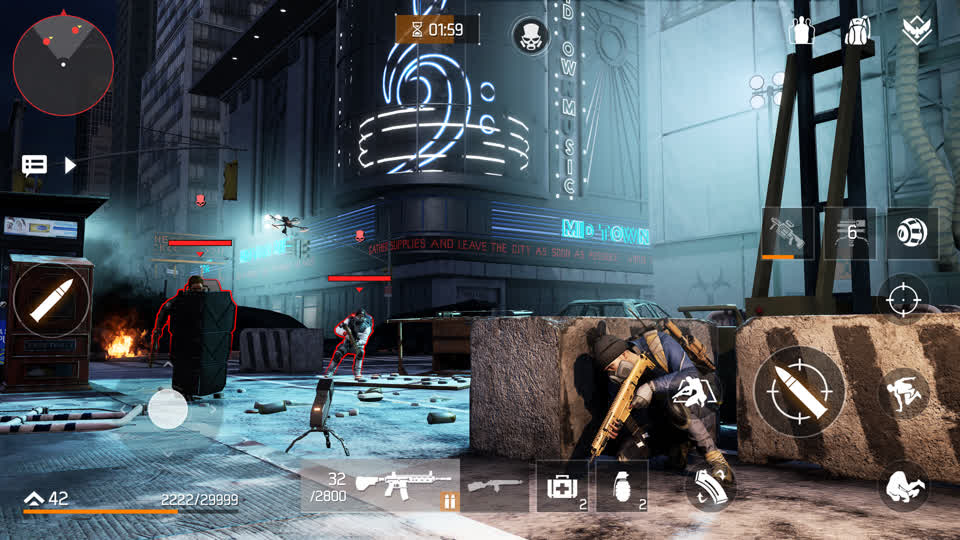 Yes, the Dark Zone is as tough as it sounds and is among the biggest challenges The Division Resurgence has to offer to its players. But as you now know, it's also full of great weapons and gears that can be obtained by taking part in the action!

But loot is not the only reason you may want to venture into this no-mans-land.

As you explore, take out enemies and extract contaminated loot in the Dark Zone you will gain experience that goes towards your Dark Zone Level. This is a progression system that allows you to obtain rewards by simply participating in DZ activities based on your performance during each session.

As we said, the stakes are high, the rewards higher!

So Agent, when the time comes and the Dark Zone opens its gates, where will you be? And who will have your back?