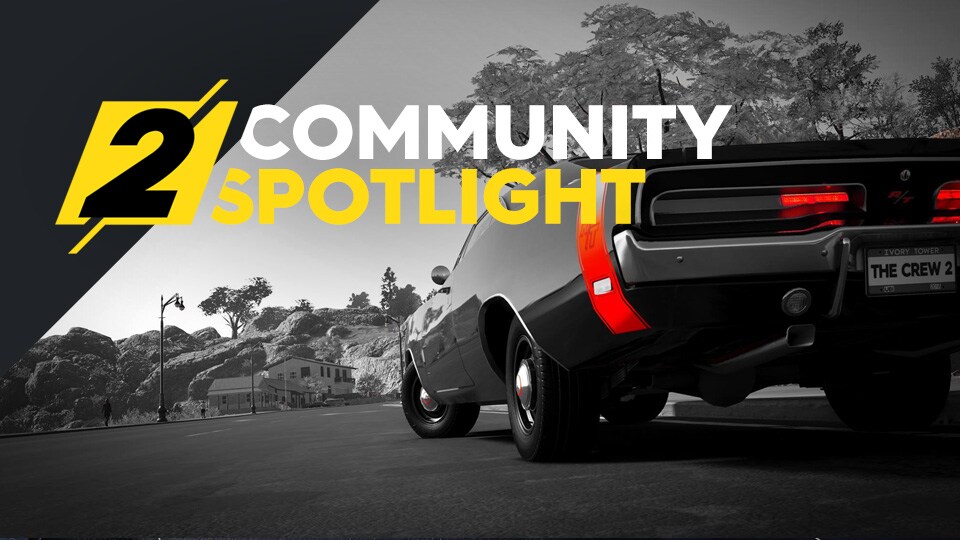 Hey Asamur, could you introduce yourself?

Hey! I'm a proud son of Polish land. I'm disabled since I was born, suffering from muscle atrophy. I'm not able to use a keyboard nor a gamepad, only a mouse, so originally I was an RPG and RTS player, until I saw The Crew beta gameplay on YouTube. I immediately fell in love in the sense of freedom it seemed to offer, but how to play such game with just a mouse? To make it happen, I've found an amazing software called Alt Controller. Then I contacted Ubisoft and Ivory Tower and asked for some small, but for me crucial improvements for the game and they did it in three weeks, ready at launch. That's how Alternative Mouse Control in game options was born. How cool is that?

So I'm a Day 1 player with over 3500 hours spent in game to this day. Cruising lover, video creator, photographer and casual racer. Here's a video showing how I play using just a mouse:

Do you play on Console or PC?

Loyal PC user here. Actually, I started my journey with The Crew while I was still with my "almighty" AMD Phenom II X4 955BE and Radeon X1950 Pro, but I've found out that it isn't enough for my new hobby - video making.

Luckily, I got an opportunity to upgrade or rather replace most of my hardware. In my current setup I can list;

And that fully answers to my needs. I also have a standard 1080p, 60Hz monitor, which is absolutely fine, as I'm not a FPS-needing gamer.

Could you tell us a little bit about The Crew Social and how it came to life?

The Crew Social (TCS in short) has been created a few months before I joined in November 2014. It grew really fast, reaching 3000 members the week after The Crew was released.

As more admins were needed, I got an honor to be able to help with keeping it running and here we are, with about 15.000 members.

Currently, among active admins are funfarm-tony, Wertical21, CSP_Mork, Cpt.Accident and mudi1711, all doing our best to make the group safe, clean, friendly and full of content.

We have run many events, like Tuners' Wars (weekly contest for the best looking car), TCS Challenge (regular time trial tournament) or TCS Explore&Find (search for a given real-life place in the game). We hope to bring them all back to life shortly after The Crew 2 will be out. We will be also keeping everyone up to date with every The Crew-related info.

To you, what does it mean to belong in The Crew Community?

Actually, it's the first big international community I've joined and I love it. I've met so many friendly people from around the world, with few I'm in contact nearly daily. Com Devs are also helpful and communicative. And actually, it feels good to see that devs are watching our creations and sharing them on official channels.

The community is very loyal. After almost four years there still are competitive racers setting new records or joining PvP lobbies, cruising lovers adding another mile to their mileage, creators taking another epic shot or making new videos. It's alive, and feels like home.

What’s your most memorable moment while playing The Crew? What car were you driving when it happened?

Well, there are two I should mention.

First one, when I miraculously nearly beat my mate, Akorrr (one of best racers), in a friendly PvP match on the Raiding the Fair track. I still feel proud I made it half length of the car behind him! Raid spec Mustang is your best friend if you want to rule the off-road.

Second; it must be about one of my cruising trips. Imagine a road trip from the State of Maine to Santa Monica, Los Angeles, following traffic rules and speed limits, trying to stop only in parking lots. It took me nearly 3,5 hours. I chose my favorite stock machine; the Ford Raptor. It was a great feeling to chase the Sun and race with time to get to the nearest city before sunset. A truly epic and relaxing adventure.

We’ve seen in the past that you’ve created some amazing videos for TC1 ( being one of our favorites). Can you tell us about your creative process for creating videos?

Thank you! First is the piece of music, and I never use songs I don't like or mainstream ones to please the majority. Then I let my imagination free. It's all about mood, an atmosphere I want to create. I want to make someone feel the same emotion as I do.

Then I'm trying to recreate my vision in The Crew's video editor; it’s quite powerful. Sometimes you need to go on compromise between what you want and what you can do, but as far as I can see, in The Crew 2 I'll be able to get the result closer to "The Vision". Then the laborious phase of editing. For example, my Tribute video took me about 50 hours to record and edit. It's a lot of work, but when people like it and Fergus shares your creation - you feel it's worth it.

While playing The Crew 2, what do you like to get up to?

Enjoying freedom is my main activity- Cruising. The map got even more open than before in The Crew 1, so now you literally can go everywhere you want. And I truly love the forests in this game, they are astonishing, even magical with all this color and light-shadow playing in front of your eyes. I also (surprisingly for me) like to tweak the handling in Pro Settings. It's quite a powerful tool, lets me make the car fit my needs more, feel more mine. And I really love to look at those fantastic liveries that community is making. I spend too much time scrolling through the creations :D The talent of some people simply amazes me, The Crew truly needed such artists.

What’s your dream car? And why?

Tough question! From super/hypercars - Bugatti Veyron and Arrinera Hussarya 33; JDM - Mitsubishi Evo X; modern muscle cars - a customized 2011 Ford Shelby GT500 Super Snake; classic muscle - 1969 Dodge Charger, 1970 Challenger or Chevy Chevelle, but most of all, if I have a driving license and have the ability to drive, I'd do my best to afford the 1969 Ford Mustang, preferably the Boss 302, in my opinion, it's the best looking car ever made, it's impossible to confuse it with anything else. It's a real legend with fantastic history (designed by Japanese descendant, ex-GM worker, who helped in creating the Sting Ray). Since it's just a dream, I wish to drive that beast in The Crew someday!