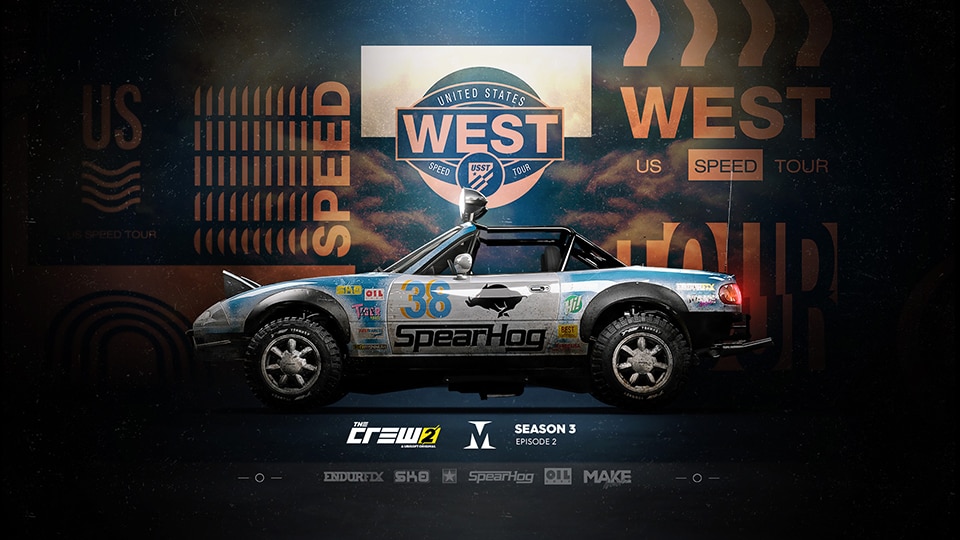 The next content drop is upon us - The Crew® 2 Season 3 Episode 2: US Speed Tour West - will be available to all The Crew® 2 players on September 8th on the following platforms: PC, Xbox One, Xbox Series X|S, Stadia, Playstation ®4, PlayStation®5.

The second Episode offers a new take on the time-attack mode of the Season. New vehicles as well as a new Motorpass will be available upon release day.

During the whole duration of the Episode, the usual vehicle drops, LIVE Summits and vanity items will be made available as part of our live content support. After the first Episode, in which most of you have been mainly racing each other in the Eastern part of the United States, the Speed Tour West will allow for racing and rallying around the scenery of the western part of the country.

You can expect new races in similar racing conditions. Hard barriers will continue to guarantee the most competitive environment to challenge other players. 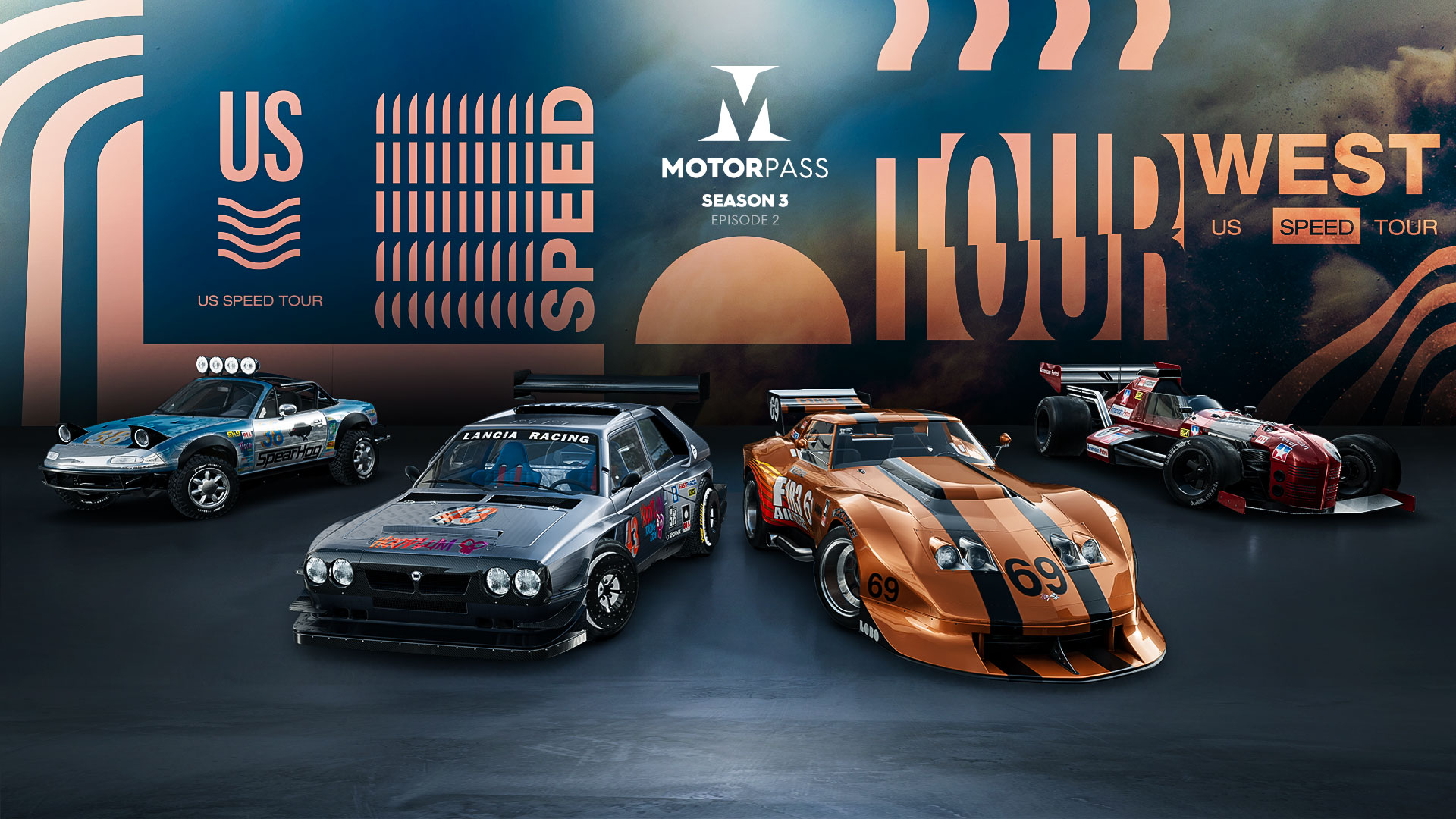 From September 8th onwards, the US Speed Tour West will be available to all. In the following 8 weeks, everybody will have the opportunity to race each other in between the most symbolic landmarks of the western US.

And just like we did for the previous Episode, each week you will find a pre-existing event picked from a list of community-favourite races which has been modified to be played as Speed Tour time-attack race.

The Episode 2 will be comprised of a total of sixteen events (8 new events + 8 special and repackaged races). These events will be made available progressively, two events will be unlocked every week and until the end of the Season.

You can access the events via a dedicated tab in the Activities menu or via the Motorflix category. As usual events can also be joined via the game map or directly through the disciplines menu.

On top of the vehicles added to the Motorpass, the new Episode will feature new cars, including some which will be available for purchase straight away on September 8th: the Mazda MX-5 NA (Street Race), the Chevrolet Corvette C3 (Touring Car) and the Mazda MX-5 NA Spearhog ed. (Rally Raid). Of course, you can expect additional vehicle drop later during the Season, so stay tuned on our channels for more information! All of the above vehicles will be available for purchase in bucks or Crew Credits, on September 8th. Stay tuned over the following weeks and months for more vehicle drops, and for our usual new vanity item rotations.

Here is a breakdown of what is to expect in the Motorpass with the new update: For the competitors out there, the latest batch of LIVE Summits begins on September 8th with the Wild Escape LIVE Summit. Our first Premium LIVE Summit will come on September 8th and will feature the Volkswagen Beetle Racing Crew Ed. (RallyRaid) as a Platinum reward. Be sure to check The Crew® Hub regularly to track your progress.

As usual, only a part of the Episode will be available on September 8th! Content drops and themed weeks will continue to offer regular, fresh new experiences as Episode 2: US Speed Tour West travels across the United States.

Keep an eye on our weekly articles and official channels for the latest news and announcements. We’ll see you on the road!