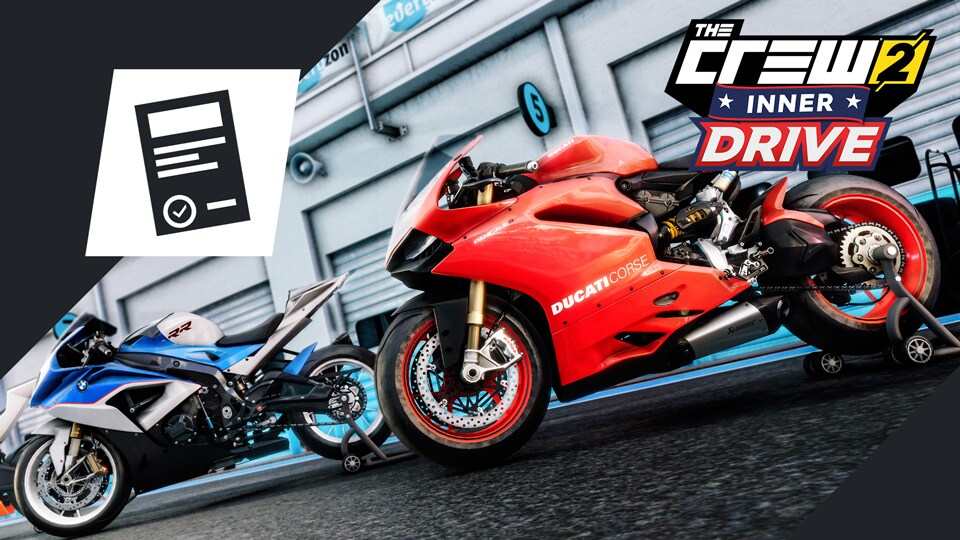 Patch 1.6.1 brings new content and fixes to The Crew® 2 Inner Drive. It will be deployed via a maintenance starting at 10am Paris time on Wednesday May 27, and your game client will automatically update to the latest version once it is live.

For more information about the brand-new HOBBIES feature, check out our dedicated article.

Please follow our official channels to stay up to speed as to any changes.

• [Fixed] Gloves are no longer considered mandatory clothing items.
• [Fixed] Avatar's leg is shaking in Customize Avatar menu.
• [Fixed] Newly equipped clothes take more time to disappear than the body of the avatar, while user is in 1st person view in House.

• [Fixed] Top speed conversion is not applied on vehicles within a Bundle preview.
• [Fixed] Placeholder images used for Bundles in Shop instead of correct visuals.
• [Fixed] "Owned" tag is not displayed on Season Pass ticket in the Shop.
• [Fixed] Owned bundles disappear from Shop after rebooting the game.
• [Fixed] [STADIA] Prices are displayed with numerous 0’s after the comma in the Shop.

• [Improved] Air Refill (incl. Ventilated bonus) is no longer active while Air Nitro is in use.

o This is part of ongoing work by the handling & physics team to better adapt Air Nitro and its specificities to the live game. A dedicated test phase has already been run, and work continues, but we wanted to release the Air Refill tweak ASAP to limit its exploitability.

• [Fixed] Icons disappear from world map after restarting the game.
• [Fixed] A checkpoint validation box isn't large enough in The Strip West.
• [Fixed] Opening and Closing map while in tunnel can cause vehicle to transport to water.