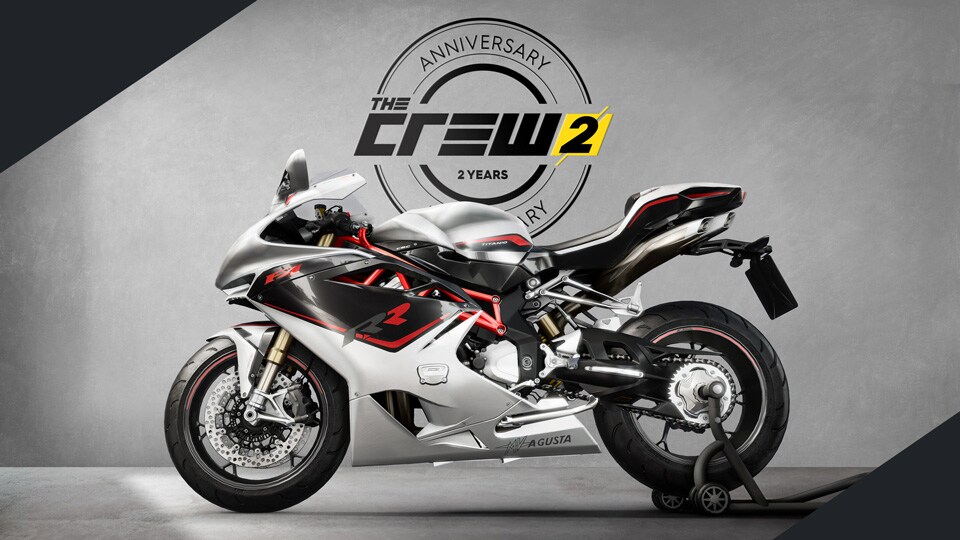 Time certainly flies by in Motornation, and here we are already celebrating The Crew 2’s second anniversary! Here’s a quick look back at the road traveled:

Read on for more details on what to expect from the festivities, running from June 24 to July 1.

The Freedrivers among you will enjoy the return of our Live Reward crates boosts in the open world: double the loot, double the loot quality, and crates appearing twice as often.

Time to dust off those Live Reward Sniffer sets!

We’ve also got something lined up for the Racers, with double the number of followers to win in Live Battle and the PvP reward boosted to 6 crates.

This week’s Live Summit – Birthday Blitz – is also following suit and decked out for the occasion.

Don’t forget to head over to our latest This Week in TC2 article for all the details.

Lastly but certainly not least, it wouldn’t be an anniversary celebration without some festive promotions thrown into the mix.

And if you’re in the market for a touch of nostalgia, the Blue Storm custom bundle of Hot Shots fame will also be up for grabs.

Every anniversary is a huge milestone for us, and one that we couldn’t reach without your support and trust. From the whole team here at Ubisoft Ivory Tower, a heartfelt thanks to all the players who have travelled this road with us since The Crew 2 launched in June 2018.

We’ll see you on the road!

For more information on The Crew®, check our official website. Join the The Crew® community on the forums, Reddit, and Discord, and be sure to follow us on Twitch to never miss a livestream. The game’s Photo Gallery, Leaderboards and Summit Calendar are all viewable on The Crew® Hub. Videos highlighted by our in-game sharing tool can be seen on the official The Crew® 2 - Community Videos channel.