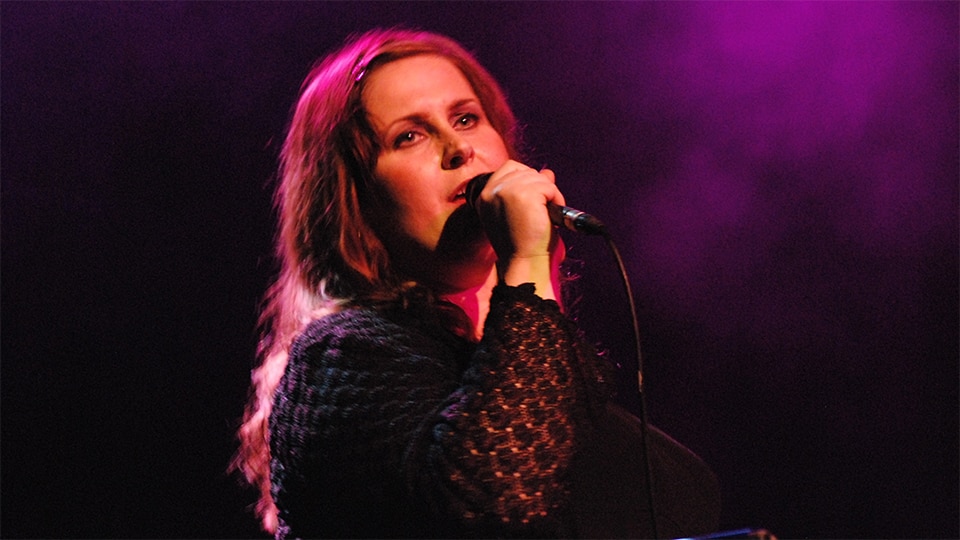 When an artist's creative vision and freedom align with commercial success, it's a dream come true…usually. However, the economic realities of the music business can make such an achievement next to impossible to sustain over a long period of time. Although powerhouse singer Alison Moyet enjoyed a considerable amount of worldwide success throughout her long-standing solo career, it sometimes came with a price, with record label executives placing greater importance on the bottom line over the authenticity of her artistic vision.

Alison launched her solo career after the disbanding of her synth-pop duo Yazoo (known as Yaz in North America), which brought her mainstream attention in 1982. Radio hits such as "Don't Go" and "Only You" filled the airwaves with their insanely catchy synth melodies, courtesy of songwriter and former Depeche Mode member Vince Clarke. But at the center of Yazoo – and every song Alison has touched since, for that matter – is that distinctive bluesy, contralto voice that made her an icon in the dance club music world.

Outside the realm of the dance club, Alison aimed for a more raw, stripped-down sound on her 1994 album Essex (named after her native county in England) which ultimately backfired. Her label rejected the finished recording, refusing to release it unless she re-recorded most of the tracks to give them a more commercially accessible sound. It's the last thing you want to hear from your record label, after putting in great effort to create the exact sound you want – songs which, in Alison's words, "could be stripped bare to guitar and still be recognizable." If Alison wanted the album released, she had no choice but to agree to Columbia's demands, so they brought in producer Ian Broudie to re-track most of the album. But Alison kept a positive outlook, later recalling, "I had lost a little of the energy in having to do it twice, but Ian is a clever bloke and it was another interesting experience."

One of the original Essex tracks that did make it onto the album is a haunting acoustic ballad, "Whispering Your Name," written by American singer-songwriter Jules Shear. Alison's minimal arrangement works beautifully, with its punchy, acoustic strumming complementing the lush, atmospheric synths. Because Essex's lead single, "Falling," didn't meet the label's expectations, they released an upbeat dance version of "Whispering Your Name" as the second single. Although covered by several artists since Jules recorded his original version in 1983, Alison Moyet's dance rendition was the only one that charted, breaking into the UK Top 40.

Even after releasing the re-tracked Essex, the album didn't perform as the label had hoped. Alison Moyet has offered clear-headed comments about the experience: "Worst sales performance but no regrets." Would her original version of the album have fared better? We'll never know – but hopefully this tale inspires more labels to let musicians create albums as artists instead of mere commodities.

Alison Moyet, Dublin 2008 by Martin Dobey is licensed under CC BY 2.0.

Learn to play this songs and many more in Rocksmith+ ! Subscribe and take the next step on your musical journey.