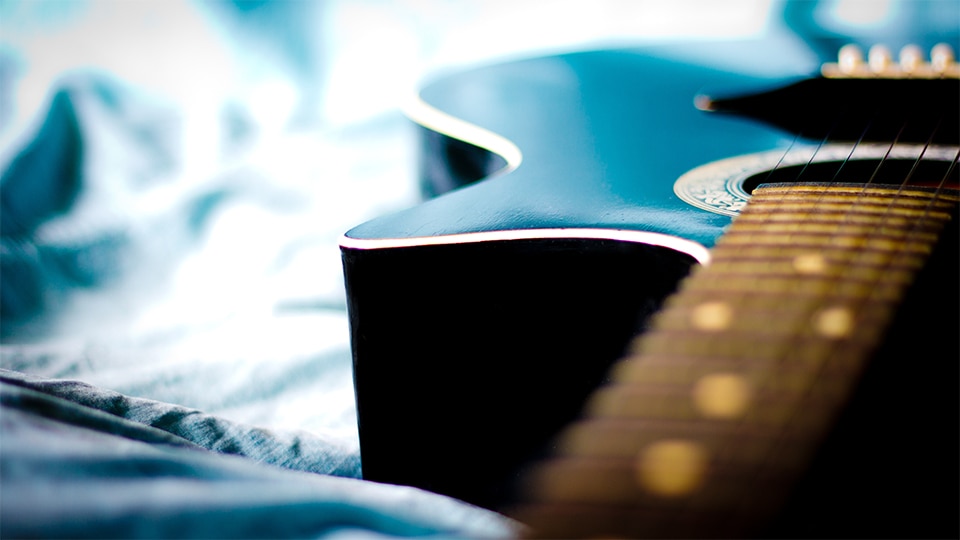 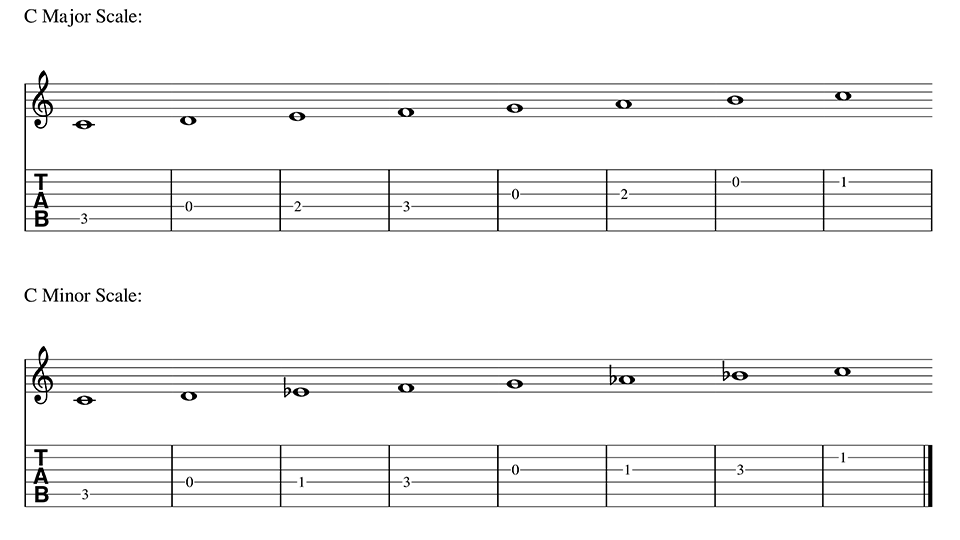 C major and C minor start on the same pitch but have different patterns of whole and half steps.

The other way to generate a minor scale is to find the relative minor scale within a major scale. Relative minor scales, and the keys they come from, share the same key signature as a major scale, even though they start on a note that is three steps - or a minor third - lower than the first note (or root) of the major scale. If you build a scale with the same accidentals as its relative major scale starting from that note, you will automatically generate a scale with the pattern WHWWHWW. A minor would be relative to C major, since A is a minor third below C. It would have the same key signature as C major - no sharps and no flats. 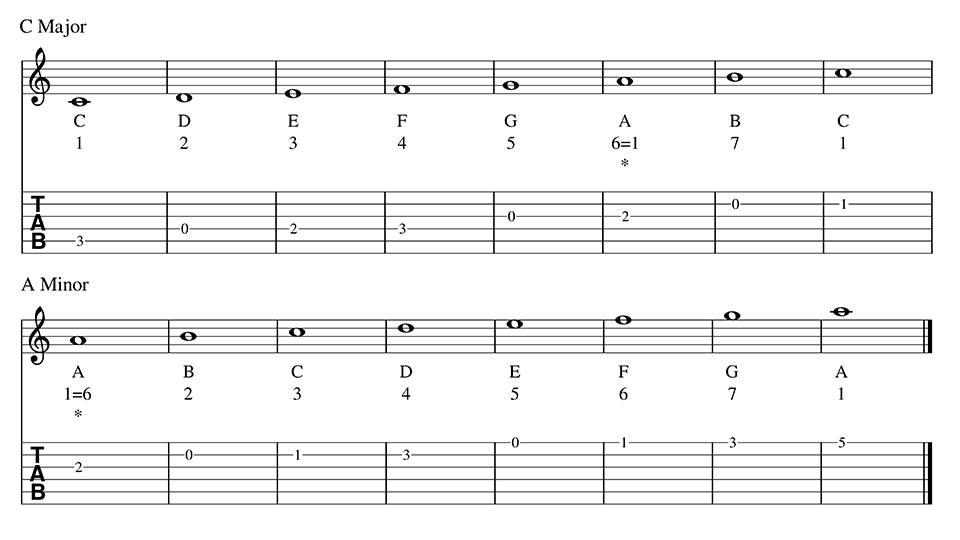 Relative minor scales contain the same notes as their relative major counterparts but start on a different pitch to create the signature pattern of whole and half steps. In this example, the A Minor scale is the same as the C Major, but it starts on scale degree 6 instead of 1.

Black Acoustic Guitar in Grey Textile Close Up Photo by Peakpx is licensed under CC0 1.0