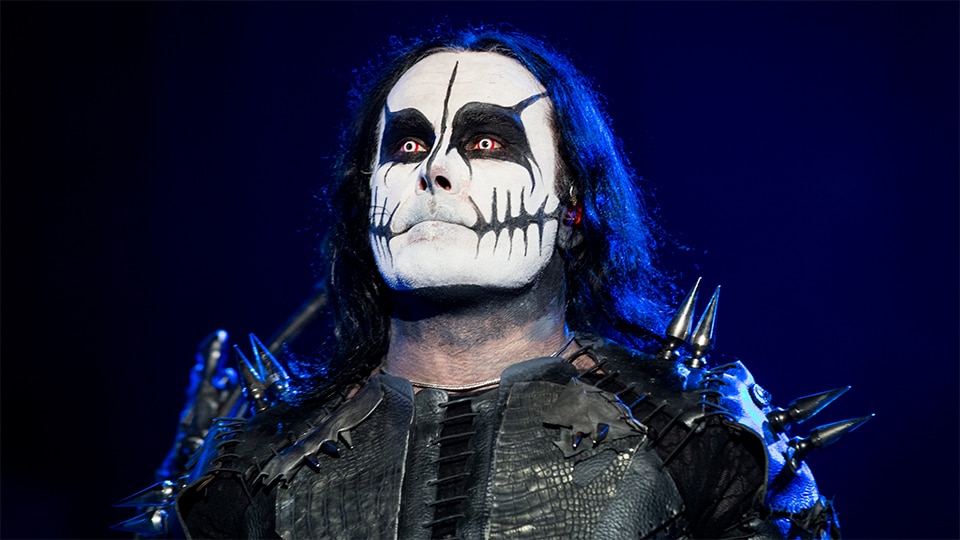 Cradle of Filth: To Be or Not to Be Black Metal?

As metal has evolved, it has splintered into dozens of highly specific subgenres: thrash, speed, black, death, doom, djent, blackened thrash, funeral doom, and so on. These labels help describe a particular aesthetic so that fans know what they're getting, but its effect is a double-edged sword: without it, artists may struggle to retain a distinct, recognizable identity (we're this and not that!), but eventually the label becomes a prison, especially if they're attempting to explore new sonic territory.

Starting in 1991, Cradle of Filth built their identity as a black metal band both in sound (high-pitched, heavily-reverbed shrieking vocals and distorted, fast tremolo-picked guitar riffing over high-speed blasting drum beats) and in looks (white face paint, dyed long black hair, spikes and leather). But with black metal's origins mired in controversy from satanic rituals and church burnings in Norway to racist- and homophobic-driven murders, Cradle of Filth made it a point to separate itself from the "original" black metal scene both politically and aesthetically. Dani Filth, the band's frontman and only remaining original member, claimed in a 2019 interview with Loudwire.com: "I'm so happy that I didn’t get caught up in that whole thing because I could have done, but imagine waking up thinking 'Oh god, I’ve just burned down a church, I’m going to prison for 25 years, I’m an idiot.'"

With its slick production and commercially gothic aesthetic, Cradle of Filth set itself apart from the raw and primitive songwriting approach of the original black metal sound of Norwegian bands like Burzum by leaning heavily on keyboards with catchy melodic lines, and harmonic, layered guitars. Despite these stylistic differences from original Norwegian-style black metal, the band spawned a new generation of black metal fans in the mainstream, performing at stadium festivals, and selling their shirts at local malls. With such drastic distinctions from so-called traditional black metal, does it even make sense to associate Cradle of Filth with the genre?

Yes and no – the band absolutely got its start in an underground black metal scene, and like many black metal bands, Cradle of Filth delves into dark lyrical subjects like death and vampirism. But according to long-time ex-guitarist Paul Allender in a 2006 Terrorizer interview, the band always resisted categorization: "We were never a black metal band. The only thing that catered to that was the make-up…you look at Emperor and Burzum and all that stuff -- we didn't sound anything like that." Just listen to the symphonic lushness of a song like "Once Upon Atrocity," and it's obvious that Cradle of Filth care more about doing their own thing sonically – albeit in spiked leather and corpse paint.