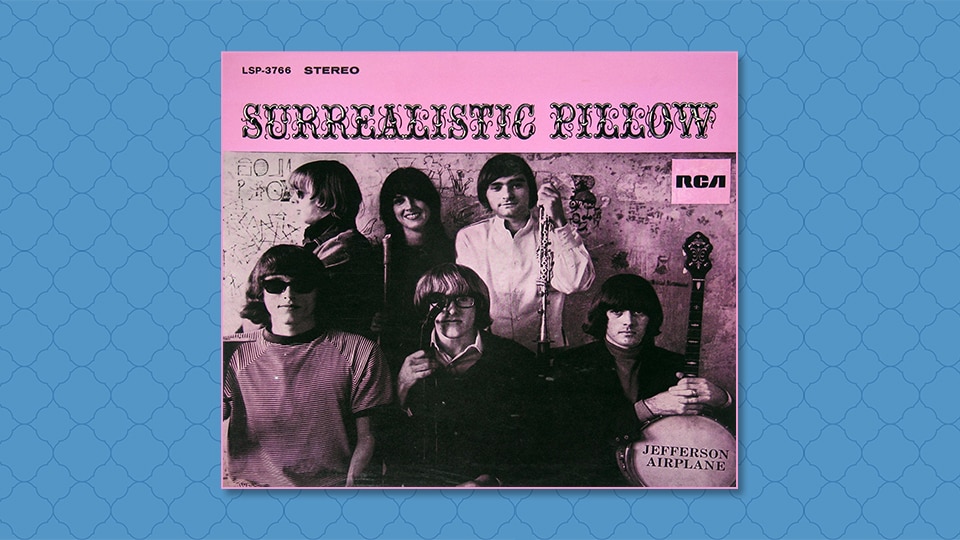 The moment Jefferson Airplane's song White Rabbit begins, a sense of dread settles in and lingers throughout the duration of the song. Perhaps it is the militaristic, incessant snare drum, or the way the song builds up to its climax and then abruptly stops. Songwriter Grace Slick herself has said that the song began as a rip-off of Ravel's Bolero, which builds on itself through repetitive themes and a driving percussive melody to sound more and more menacing. White Rabbit is a powerful journey of a song, rich with lyricism referencing a familiar childhood story, but now menacing. The threatening atmosphere was no accident: Grace intended White Rabbit to be a message to her parents' generation, reminding them of their curiosity for psychedelic substances and comparing them to the youth of the 1960's in a move that would make the song one of the most iconic of the decade.

Grace Slick originally wrote White Rabbit while in her first band, The Great Society. Written on her red upright piano (missing about 10 keys) at her home in Marin County around 1966, she approached the instrument after, in her words, "listening to Miles Davis's and Gil Evan's Sketches of Spain about fifty times without stopping." Miles Davis himself was inspired to write Sketches of Spain after attending a flamenco show and subsequently becoming inspired by flamenco as well as Spanish folk music. For White Rabbit, Grace Slick borrows from Ravel's Bolero, which itself is based on an 18th century Spanish dance in ¾ time of the same name."Bolero" famously builds to its climax through incessant rhythmic pattern and a slow crescendo; "White Rabbit" does the same.

For lyrics, Grace drew inspiration from Lewis Carroll's Alice in Wonderland. In her memoir Somebody to Love, Grace recalls: "the lyrics allude to the hypocrisy of the older generation swilling one of the hardest drugs (alcohol) known to man, but telling us not to use psychedelics." Seeking to remind her parents' generation that they were the ones who had filled the minds of hers with children's stories that glamorized "fun with chemicals," Grace then leads listeners through a few examples: In the Wizard of Oz, Dorothy and her entourage get high on poppies, Peter Pan sprinkles fairy dust on everyone to make them able to fly, and finally leads us to, as Grace herself puts it, "the biggest druggie of them all, Alice."

Many are familiar with Lewis Carroll's heroine, Alice, through the 1951 cartoon Alice in Wonderland. Here, Alice's journey begins with her giving in to her own curiosity. She is self-aware of this choice, declaring to her cat that "curiosity often leads to trouble" right before falling down the rabbit hole. Her exploratory choices don't end there. When presented with the mysterious bottles that read "Drink Me" and cookies that say "Eat Me" she does just that, without hesitation. Alice even goes on to eat a bite of the Caterpillar's mushroom and even takes a hit off his hookah pipe. She is comfortable with experimentation and with the unknown. Grace riffs on these moments in the White Rabbit lyrics, specifically highlighting how ingesting these substances made Alice turn larger or smaller. Grace is perplexed that, despite these events in the story, "our parents wondered why we were curiouser and curiouser about drugs." The book on which the film is based was rumored to be inspired by psychedelics, though it's impossible to prove; some believe Lewis Carroll suffered from migraine-induced hallucinations, which could also be a factor in the psychedelic aspects of the plot. Literature, no matter the inspiration, allowed for a psychedelic experience for the reader.

Regardless of the original story, and the place of psychedelics in it, the lore stuck. When The Great Society disbanded Grace looked to other bands to find opportunity: Jefferson Airplane was a front-runner along with other local bands including The Grateful Dead and Santana. When Jefferson Airplane's original frontwoman Signe Toly Anderson left the group, the band asked Grace to take her place. When she joined Jefferson Airplane, Grace brought White Rabbit with her, landing the song on their 1967 album Surrealistic Pillow alongside hits like Somebody to Love and Embryonic Journey.

While Surrealistic Pillow was not Jefferson Airplane's first studio album, it would be the one to catapult them into the public eye and put the San Francisco music scene on the map. White Rabbit contributed significantly to the album's success and remains one of the group's most recognizable songs. While White Rabbit originally began as a topical song critiquing an older generation, its brilliance has transcended its time of conception and allowed it to be just as compelling and relevant to this day.