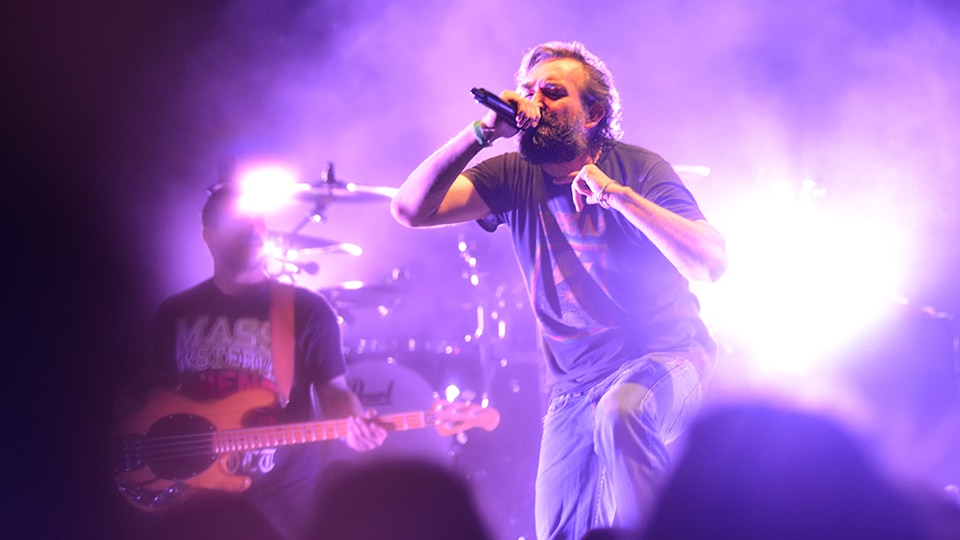 In some ways, heavy metal is machine-like in and of itself: Drums pound away ruthlessly while distorted guitars riff on power chords like chainsaws. Some bands take these machine-like aspects even further by fusing classic metal elements with electronics, using a combination of samplers, synthesizers, and (sometimes) drum machines. Seminal bands Ministry and Rammstein paved the way what became known as industrial metal in the 80s and 90s, in the U.S and Europe respectively. In France, Mass Hysteria (who does has a live drummer, Raphael Mercier) became one of the most successful bands in the genre, with their 1999 breakthrough album Contraddiction peaking at number 20 in the French national music charts.

Mass Hysteria is a metal band through and through – guitarist Yann Heurtaux cites Kerry King of Slayer and James Hetfield of Metallica as primary influences, and the band opened Metallica's sold-out show in Nîmes in 2009 – but their wide variety of influences incorporating nu metal, industrial, and rap gives them a truly eclectic sound. Favoring drop D, C# or C tunings, Yann and co-guitarist Erwan Disez (later replaced by Nico Sarrouy in 2007 and then Fred Duquesne in 2014) are both rhythm players, and like their compatriots AqME, they refrain from guitar solos, choosing to employ electronic samples in their place. "Machines have a very important role in Mass Hysteria. When Slayer's Kerry King plays a solo, he often engages his wah-wah [pedal], which adds a different flavor. The equivalent with us are the samples," Yann commented in an interview with Audiofanzine. The fast and thrashy "P4" is a clear example of this approach; if you listen to where the samples and synth parts come in at 0:33 and 1:07, they're serving the same role that a guitar solo does, by bringing an additional and otherwordly dimension to the mix.

In "Attracteurs étranges," Yann and Erwan's drop-D riffing is especially dissonant, making frequent use of tritones. This adds a feeling of tension and chaos to the song among the intermittent samples. Another strong source of dynamics is lead singer Mouss Kelai's rapping in the verses – sort of like a French version of Rage Against the Machine's Zack de la Rocha. Switching to melodic singing in the choruses, Mouss elevates the emotion of the song as the guitars play lush ninth chords, bringing a softer contrast to the harshness of the verses. 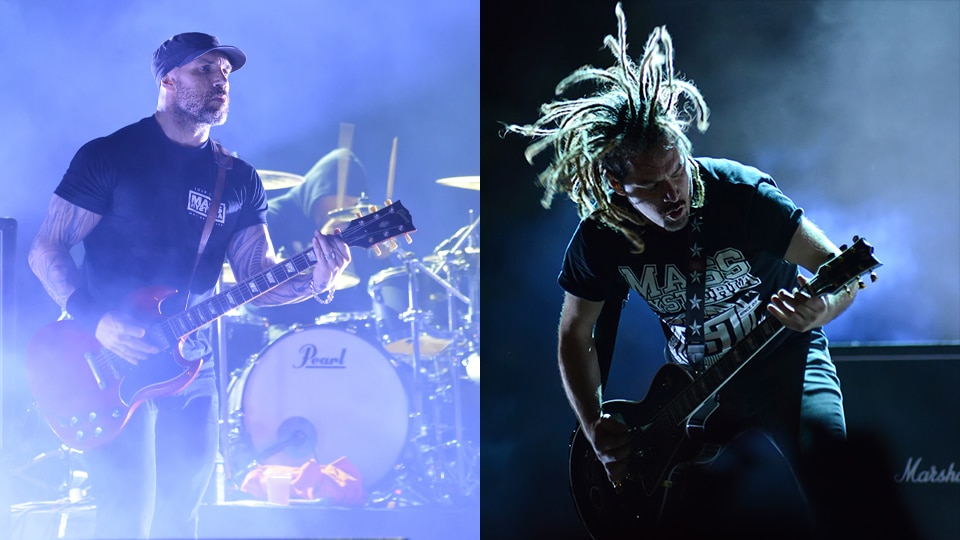 Usually when a metal band has two guitarists, they each play different parts; it could be that one guitarist plays rhythm while the other solos, or they play harmonizing leads. Mass Hysteria don't do it this way on purpose: "It's essential in this style to double the guitar parts and, moreover, in groups of the genre where there is only one guitarist, they still double in the studio," Frédéric Duquesne explains. "It creates a kind of chorus [effect] that you can't get with a single guitar. Our job is to do it well!"

"Frédéric Duquesne" by Paul S. is licensed under CC BY-SA 2.0.