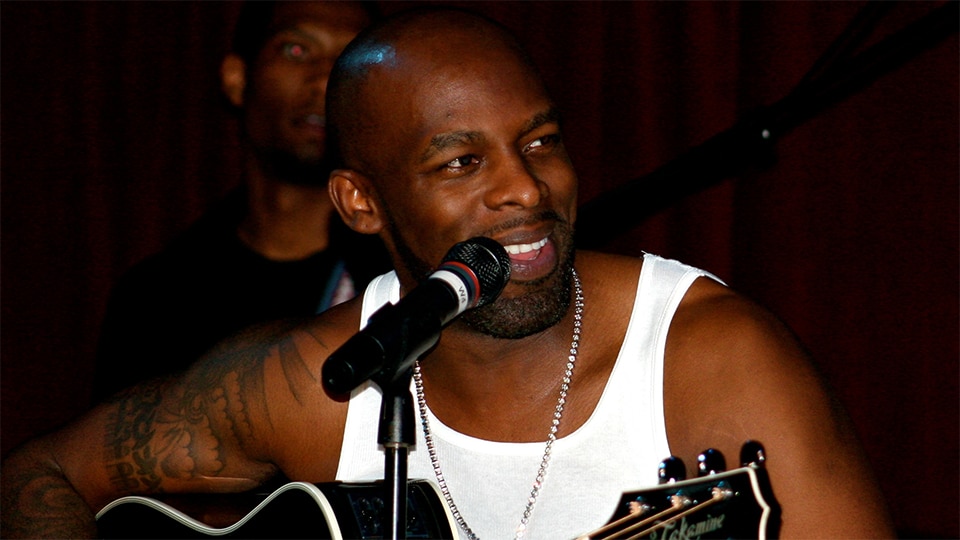 In Theory: "All the Things (Your Man Won't Do)" by Joe

Joseph Lewis Thomas's stage name – simply "Joe" – may be short and straightforward, but his 1996 slow-jam hit "All the Things (Your Man Won't Do)" offers a whirlwind of pleasantly complex chord changes. Almost all of the chords are minor seventh chords, a staple in jazz and R&B music. Minor seventh chords contain four notes: the root, minor third, fifth and minor seventh intervals.

Keep in mind that a chord's voicing – the order in which you play the same group of notes in a chord, or how high or low you play them – will vary depending on whether you're playing the keyboard or acoustic guitar part in the song. We'll keep it simple here and just focus on what the actual notes are in each chord, regardless of instrument. Give Joe's track a listen, and then we'll break down the basic theory.

This song is in the key of Eb minor, so here's an example using a Ebmin7 chord:

A major seventh chord is similar to the minor seventh, with the exception of the third and seventh intervals being major instead of minor. Let’s look at an example of B major seven (Bmaj7), the first chord of Joe's song:

The other most common type of seventh chord is a dominant seventh, written with just the chord letter and the number "7." These chords consist of a major chord triad (root, major third, and fifth) with a flatted seventh – in this case, Bb dominant seven (Bb7):

"All the Things" starts off with Joe talking smoothly over an intro made up of six quick-changing chords, with the last two repeating before the first verse:

Things slow down a bit in the verses, alternating only between two chords, Ebmin7 and Abmin7, with an occasional Bb7 thrown in for good measure. It’s a nice contrast from the speedy chord changes in the intro, providing space so you can focus more on the lyrics: "Tell me what kind of man would treat his woman so cold…"

The pace picks up again in the pre-chorus at the one-minute mark, with the chords changing every two beats:

The staircase effect these chord changes create bring the song to life, with a brief climb to Eb minor's relative major key, Gb major. The chorus repeats the chord progression in the intro – the very first repetition in the song – putting emphasis on the main lyric: "Baby, I want to do all of the things your man won't do." In a song with many complex chord changes, repeating the intro chords in the chorus is a good songwriting move: it really brings the song home and makes for a dynamic and satisfying listen.

"Joe Playing Guitar" by FBK is licensed under CC BY-SA 3.0.