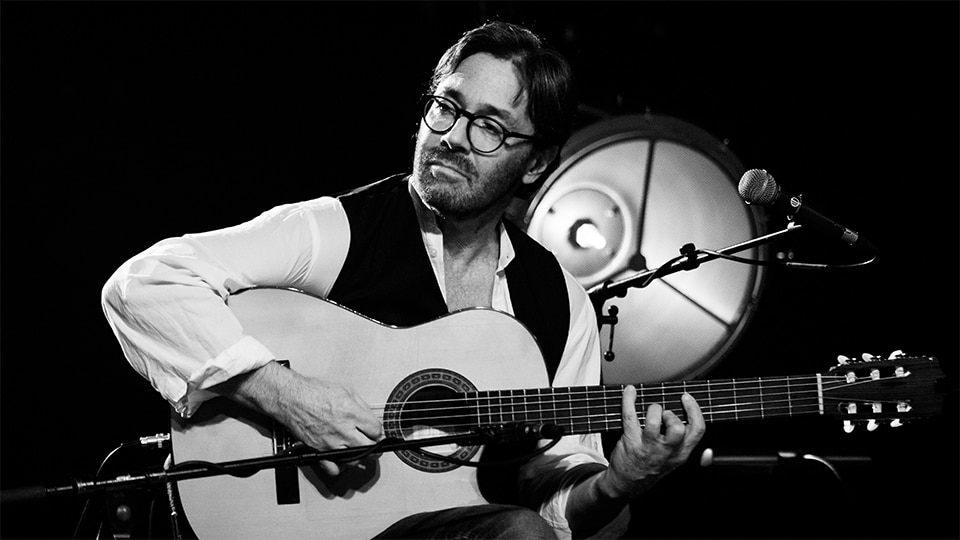 It's not everyday that you come across a guitarist whose virtuosity expands equally across many genres, while also transitioning effortlessly between acoustic and electric guitar. guitarist Al Di Meola is one such player, who was inspired to play by Elvis Presley, The Beatles, and The Ventures to pick up the guitar at the tender age of eight, only to quickly move onto jazz standards, and eventually jazz fusion, flamenco, and Mediterranean music. His 1978 album Casino blends the latter three styles into something truly unique and modern for its time, a highlight of which is the classically structured, all-acoustic "Fantasia Suite for Two Guitars."

The suite in Western classical music came into its own in the Baroque period; it's a collection of four or more thematically- and tonally-linked pieces or movements in a specific sequence. In its earliest days, the music in dance suites were primarily dance music for European royal courts, but then developed into a standardized concert format in 17th-century France. Each of the traditional ordered four movements – allemande, courante, sarabande, and gigue – has its own tempo and character associated with a particular dance. The allemande starts off the suite with a moderate walking tempo, followed by the upbeat courante (which literally means "running"). The sarabande, named after a stately three-count dance originating from Spain, slows things down before the gigue – derived from the British jig – livens up the tempo again and brings the suite to a close.

"Fantasia Suite for Two Guitars" – before reading further, see if you can figure out where each of the four movements begins and ends.

Al Di Meola's flamenco-styled "Fantasia Suite for Two Guitars" follows this traditional suite format quite closely, consisting of four movements with distinct tempos and characters. The brief "Viva La Danzarina" kicks things off energetically with dual arpeggios and fast, staccato runs backed with hand claps and castanets. The second movement, "Guitars of the Exotic Isle," begins fifty seconds in and even though it's slightly slower than the first, it maintains a lively atmosphere with hand drums and frequent chord changes, that like the first movement, revolve around the key of D. The gradual slow-down at the end creates a smooth transition into the third piece, "Rhapsody Italia," at 2:34 which really feels like a sarabande – the mood shifts noticeably as the key changes to A minor; there's an air of melancholy as a tremolo-picked melody reminiscent of flamenco master Andrés Segovia echoes in the distance. At 3:10, the clouds part again with the feel-good finale, "Bravoto Fantasia," an uptempo number revolving around a D-A-C-G chord progression interspersed with intricate leads played at breakneck speeds.

Although the studio version of "Two Guitars" is a misnomer – Al Di Meola tracked all guitar parts himself – there's a famous live version where he performed the suite as a trio with guitar greats John McLaughlin and Paco De Luca, all of whom became frequent collaborators. It's twice as long as the album version, veering off into interesting directions – it shows that even within a traditionally classical structure, there is always room to experiment. Given the title of the suite - “Fantasia” - it’s easy to draw connections between this performance and the historical genre by the same name. Fantasias were pieces, often for lute or vihuela, that showcased the player’s virtuosity and unfolded as if they were improvised. Given the improvisational prowess of all of the players on stage, the performance brought this historical idea into the present, using a familiar idea as a jumping-off point for the guitarists to expand upon.

Leila Abdul-Rauf is a multi-instrumentalist and composer based in Oakland, CA. Leila is guitarist and vocalist for metal bands Vastum, Hammers of Misfortune, and ethereal post-punk band Terebellum. She also composes and produces ambient music under her own name and with electronic trio Ionophore. She has toured internationally and is a private guitar and voice teacher in her spare time.