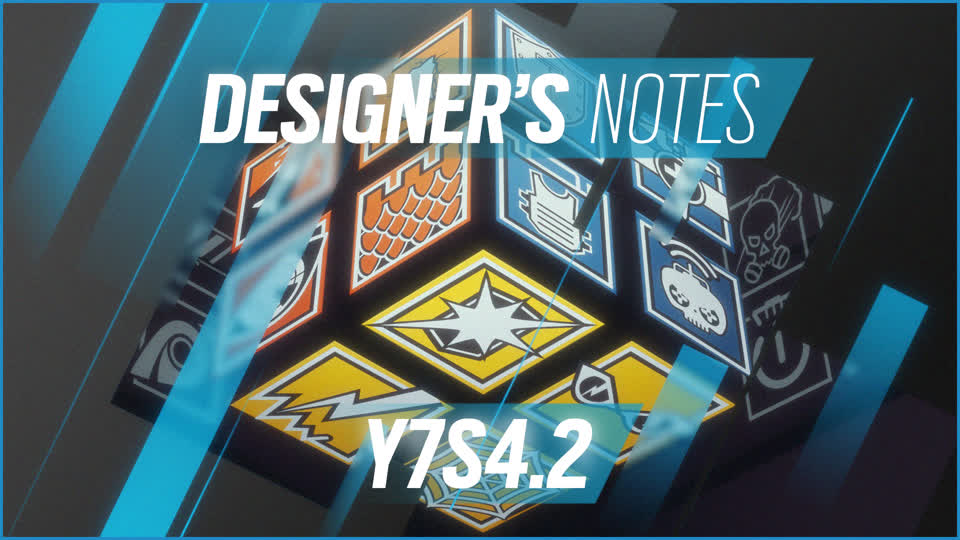 In this latest edition of Designer’s Notes, we'll go into detail about the balancing changes that’ll come with the Y7S4.2 Balancing Test Server and give you some insight into the reasons behind them. 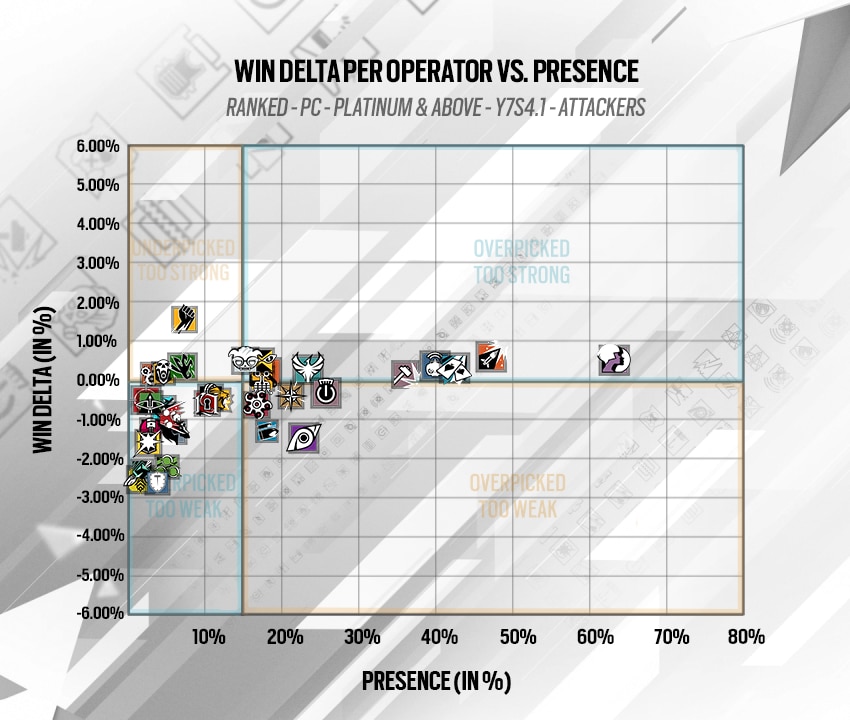 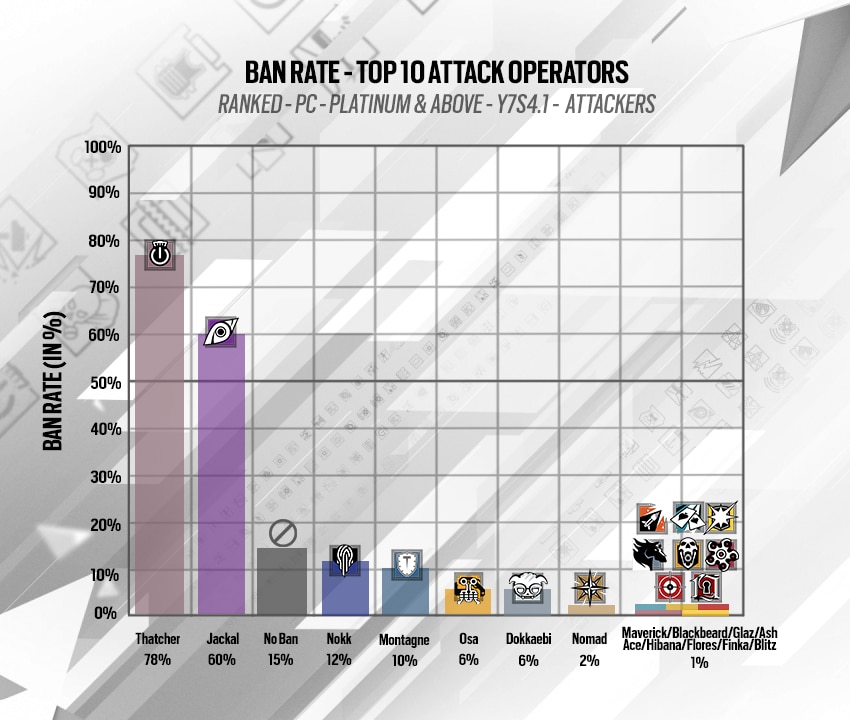 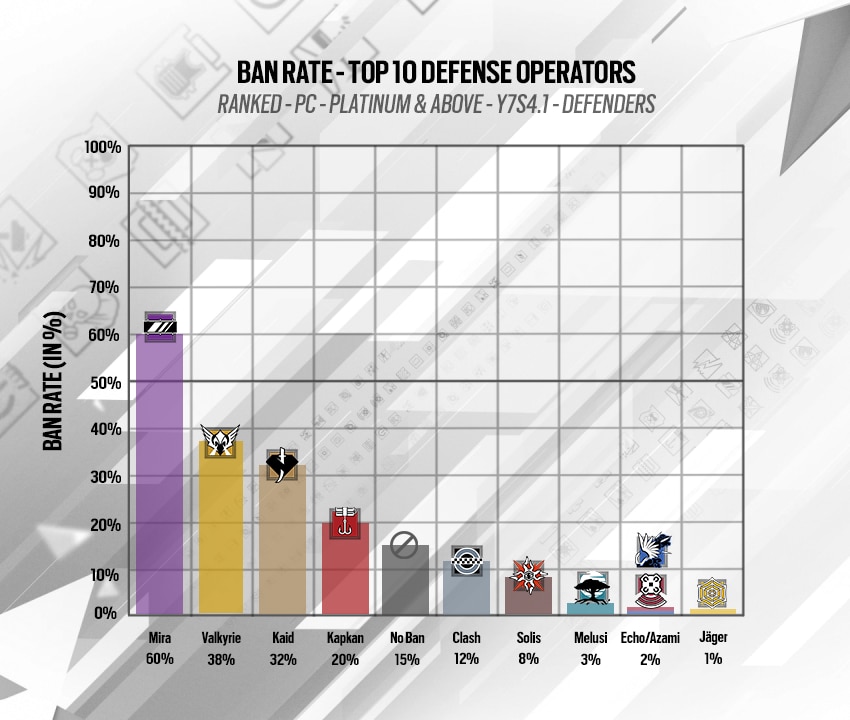 Grim still needs to find the right place in the meta. We believe he has potential, but we do not have enough data to make a firm decision about which levers we should touch first.
Therefore, we will start by increasing his available weapon sights to make him more versatile. We hope that we can see more of Grim so we can evaluate the way he is used, and how we can make him more impactful.

We gave Twitch 1 regular drone when we released "Attacker Re-pick" because we were concerned about the amount of intel she could gather. The extra drone didn't change the way Twitch was played, and most of her presence was driven by the power of the F2. Additionally, with her being the only attacker with a single drone it's an exception that makes the game harder to learn for newcomers.
We want to strengthen her support capabilities by adding the extra drone and at the same time reducing the power of her weapon. We are aware that the F2 may become a challenging weapon to use as a result, but we believe that the 417 is a good alternative if you want something easier to control.

We added a lot of barrels in Y7S3, but the Silencer took the spotlight. We continued looking for ways to make the Extended Barrel more appealing, as the damage drop off isn't enough to compete with the other muzzle attachments. In the end, we decided to address the base damage. This creates good synergies with current attachment behavior so, you will now keep both bonuses, base damage increase and drop off reduction.

We can take this direction thanks to the new recoil patterns, because landing all the bullets is more challenging, making the decision to go for the extra damage a riskier one.

Work on weapon hip fire is something that is always ongoing in the background. This time we have focused on some weapons that were very accurate from the hip compared to other weapons of the same family.

With the previous damage and the new Extended Barrel, the Para-308 was capable of downing a 2 armor operator with only 2 bullets. Even if Capitão doesn't have a high presence, we believe that this combo is too strong, so we decided to slightly reduce the damage to prevent this situation.

We want to encourage the Supernova and Bearing-9 combo on Echo, so that players that enjoy setting up the sight have a reliable alternative besides Smoke and Mute.

The 9mm C1 has the highest KD on defense by far. To compensate for the addition of the 1.5x during Y7S3.0 and to avoid removing it again, we decided to reduce the damage. You can still 1-shot players trapped in your welcome mats and the zoomed sight should help you make the headshot.

Maverick's weapon has always underperformed in comparison to other attackers, but his utility evened things out. Now that he doesn't have access to Frag Grenades, we expected only more experienced Maverick players would use him, which normally results in an increase on all stats. Unfortunately, the change wasn't enough.

He will be monitored closely, as there are few counters for his utility outside of aggressive peaking mid breach, so in terms of utility he is already very strong. Should he become extremely popular, it could make actively defending a reinforced wall feel pointless for defenders.

The UZK had the highest damage per second of any SMG, it was more in line with the Assault Rifles than other SMGs. We were considering reducing its damage some time ago, but as Thorn is not very popular it was not urgent. Now that we are changing the Extended Barrel, the UZK's potential power level needs to be brought in line.

The AUG A2 is one of the aforementioned weapons that benefit greatly by being combined with the Suppressor. We want to make this combo more challenging to use because it is quite strong on defense. It should be noted that these adjustments will have slightly different values on PC vs Consoles.