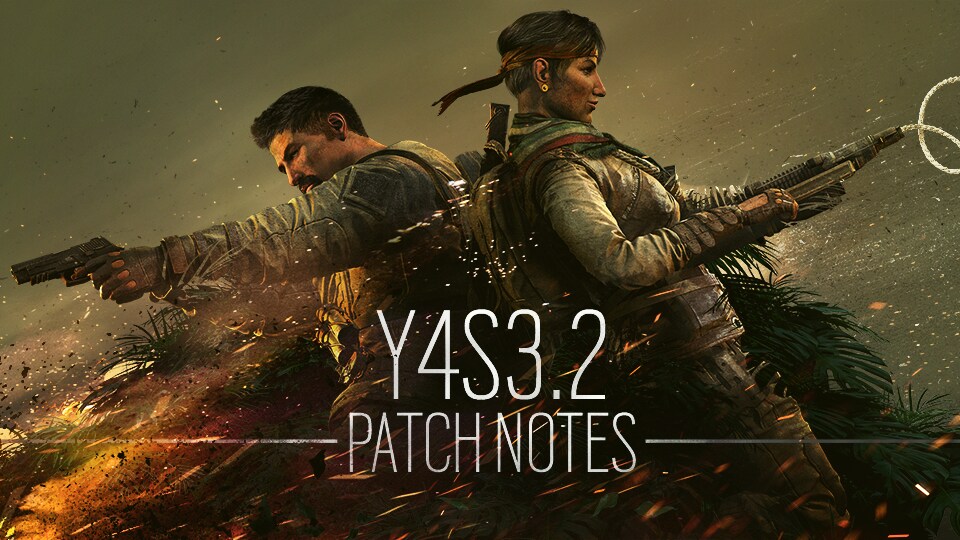 The Y4S3.2 patch features an update to the surrender feature, a fix for a bug with attacker/defender side assignment bias, and various other bug fixes. The patch is scheduled to deploy to PC on October 8th, and to console soon after.

In hostage mode, anyone who detonates a Volcan shield is now responsible for any explosive damage it does once the hostage is picked up. Prior to hostage pick up Goyo is still responsible.