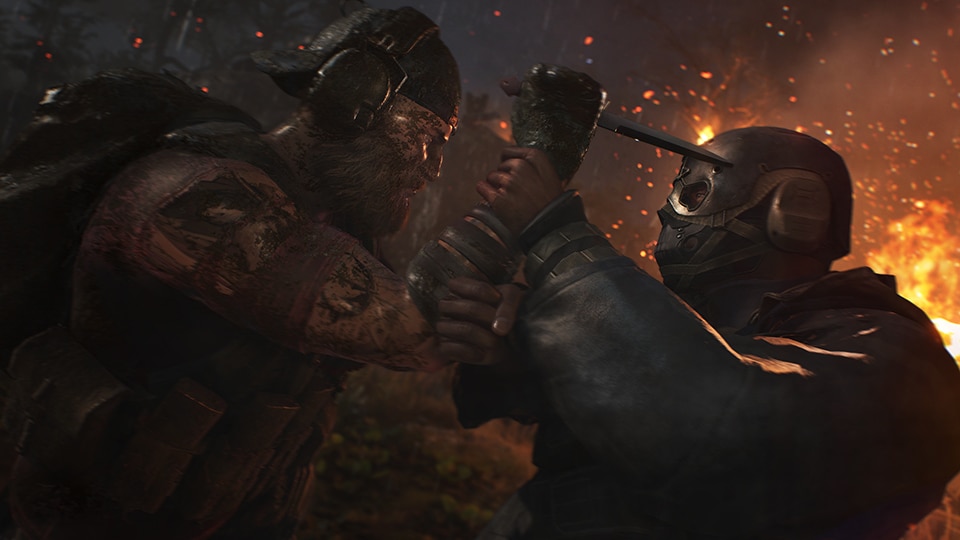 Around the world, Ghosts are gearing up for their most dangerous mission yet: surviving on the mysterious island of Auroa - a hostile open world populated by merciless ex-Ghosts, equipped with a top of the line arsenal and supported by an unrelenting army of deadly drones.

Play solo or together with your friends in four-player co-op in Tom Clancy’s Ghost® Recon Breakpoint, a military shooter where being one step ahead and using the environment to your advantage is key to surviving against all odds. Get a head start on your mission with Early Access, starting October 1st – pre-load available based on platform, exact times available in infographic further down.

Those who have purchased the Gold Edition of Tom Clancy’s Ghost Recon Breakpoint will be able to enter Auroa starting October 1st, with Standard Edition owners joining the fray on October 4th. A detailed chart of all pre-load times and platforms can be found further down.

Players in all regions are currently able to start pre-loading Tom Clancy’s Ghost Recon Breakpoint, regardless of the game version owned. 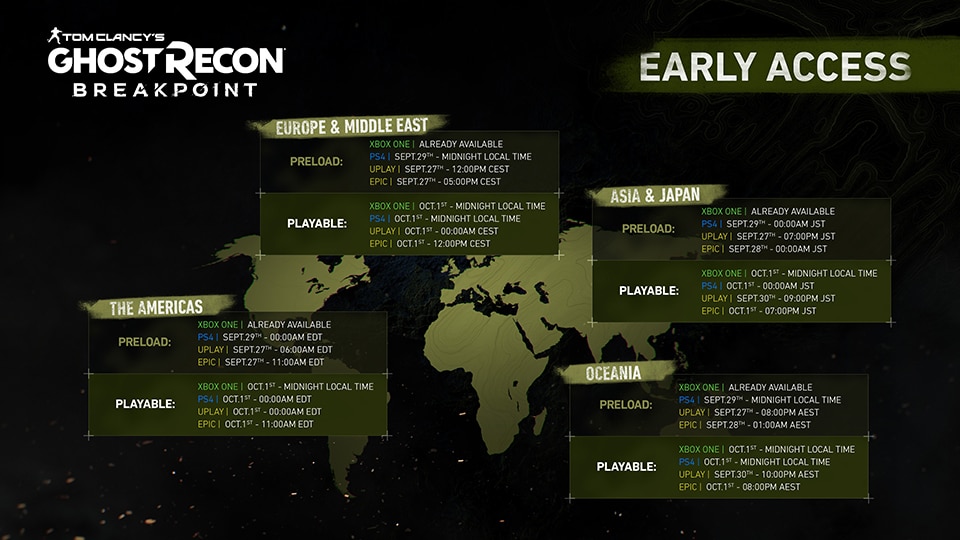 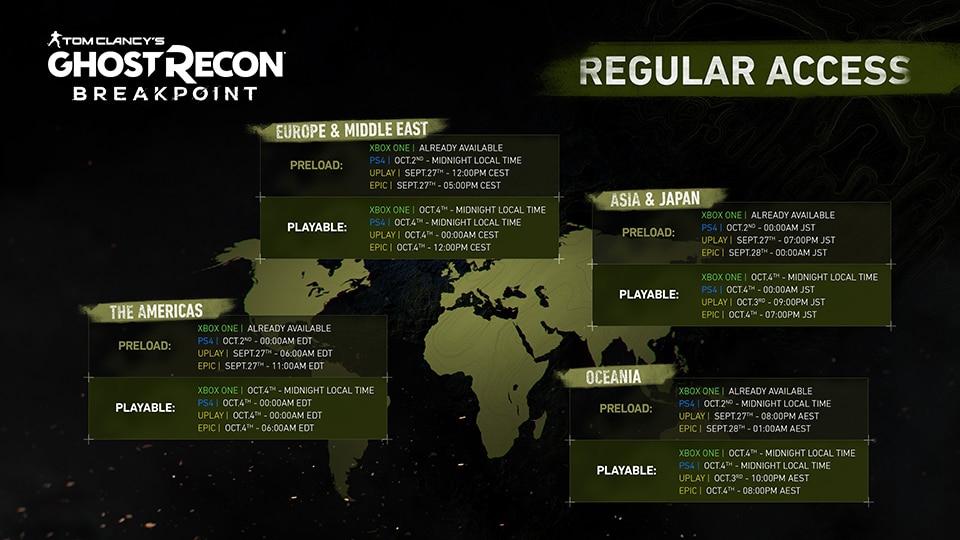 Due to the complex nature of launching and maintaining a game on multiple platforms, download sizes and the need for an additional Day 1 Patch will vary. All download sizes are approximates and subject to change.

Note that downloading Tom Clancy’s Ghost Recon Breakpoint on PlayStation®4 or Xbox One after the Day 1 Patch is released will result in a single larger download, rather than the separate downloads outlined above.

Ubisoft Online servers will open for all platforms starting September 30th at 11:00 AM UTC. Players purchasing a physical edition of Tom Clancy’s Ghost Recon Breakpoint or pre-loading before this time will be able to launch the game but not play.

Once servers are open, physical edition owners will be able to launch and play the game freely. Those of you who pre-loaded digitally will still need to wait for our region to be available, as detailed in the Early Access and Regular Access charts.

That is all for now, Ghosts. We look forward to seeing you braving the elements and never before seen dangers of Auroa starting October 1st! As always, we would love to hear your feedback, questions and thoughts on any of our channels.