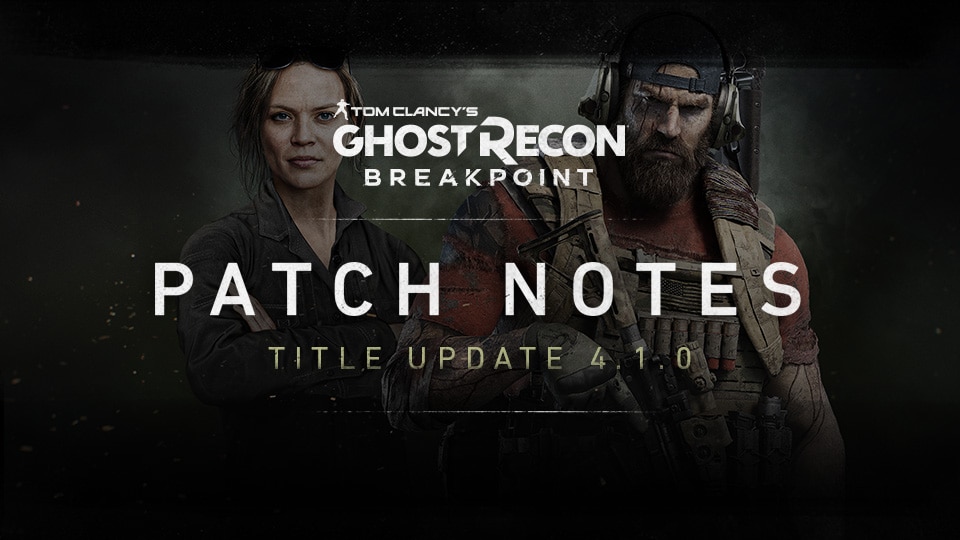 On November 2, Operation Motherland aka Title Update 4.1.0, will be deployed on the live server during maintenance across all platforms. Expect a period of downtime while our team deploys the update.

In addition to the new content and changes listed below, please note that our bug fixes and known issues list has also been updated. Thank you for taking the time to share your opinions with us as we continue to improve the game.

This title update will be released in a repackaged format, which may improve general in-game performance for some users. This causes a heavier patch but will allow lighter updates in the future. It will also reduce disk space occupied by Tom Clancy’s Ghost Recon Breakpoint.

The size of the patch depends on your platform, region, and preferred language.

Conquest mode is a new alternative mode to the classic GRB story mode. It is accessible via the objective board or the TacMap, right after the onboarding portion of the story mode.
Players must conquer the island region by region and free Auroa from the clutches of the Bodarks with the help of the Outcasts and Karen Bowman.

As you fight back the Bodark invasion, you will unlock some of their equipment along the way:

Complete the Conquest mode missions to unlock these rewards!