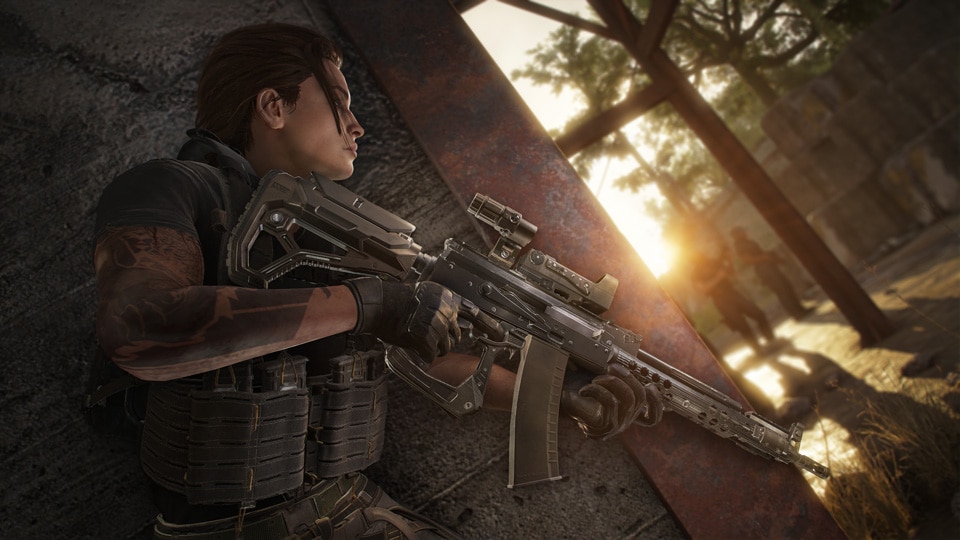 As we mentioned in our most recent developer update, our team has been working on changes to the Gunsmith. We’re excited to say that with the release of TU 2.1.0 for Tom Clancy’s Ghost Recon® Breakpoint, players can expect to see the first phase of these changes! Thanks to everyone who took the time to provide their feedback and suggestions, as we’ve been busy implementing meaningful upgrades to the system.

To improve customization in the Gunsmith, we added more options for players to select their firing mode. This means that some burst/automatic weapons (like SMGs) will have the option for single fire/full auto, and some single fire/full auto weapons (like ASRs) will have a burst/automatic option. The mode you chose will not have an impact on the damage done — only the shots fired.

These new options will be directly available to all players once they have unlocked the associated weapon blueprints.

Below is the full list of SMGs that will have the option for single fire/full auto:

Below is the full list of ASRs that will have an additional burst/automatic fire option:

Based on the conversations we’ve seen from the community, our team noticed a lot of feedback on the placements of the foregrips on assault rifles. Changes will affect assault rifles, submachine guns, and shotguns.

We have added two new muzzle options to Maria’s Shop. The control shield will provide a unique look for three separate weapon groups, which includes a specific muzzle visual FX.

You can use the control shield and the newly added Muzzle Brake with weapons listed below.

With the latest update, three additional scopes will also be added in the game to Maria’s Shop: the SLX 5 Sight, Leupold, and VC16.

If you want to try them out, we recommend giving the following combinations a test in the field:

Below you will find the list of compatible weapons with each of the added scopes.

The Socom Mini will be unlocked by default in the Gunsmith for all players that have unlocked the related weapon blueprints.

For the full list of weapons these new additions will work with, please see below.

50-Round Extended magazine for ASR (Shorty):

100-Round Extended magazine for ASR:

As we provide additions to the Gunsmith for Tom Clancy’s Ghost Recon Breakpoint, we’re also improving the state of weapons and attachments that currently exist. Here’s what you can expect in TU 2.1.0.

Future of the Gunsmith

Beyond the additions to Gunsmith in TU 2.1.0, players can expect to see further changes to Gunsmith this fall. These changes will include: the addition of customization for stocks, further under barrel compatibility and variety, new attachment options, and more!

We are thrilled to share the TU 2.1.0 changes to Gunsmith, and we are looking forward to your feedback!