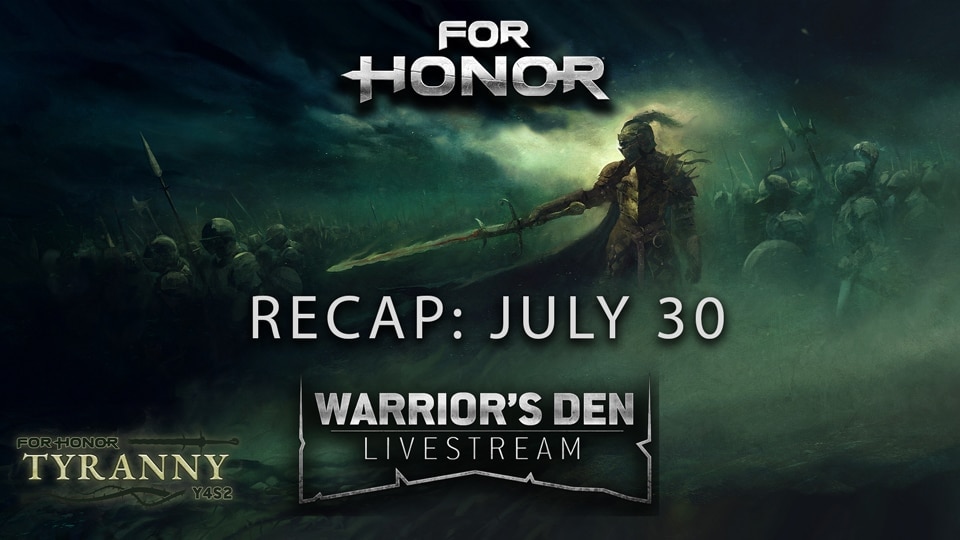 We hope you’ve been enjoying the Rise of the Warmongers event, A Tyrant’s Test! If you haven’t had a chance to check it out yet, the event runs until August 6th.

The Warmonger will be playable next week! We suggest watching this week’s Warrior’s Den to stay informed on how she’ll impact the game on August 6th. We go into her moveset, her corrupt Feats, and her wide spectrum of customization (including Apollyon style armor).

In this video, we break down exactly what will change in the Core Combat Update, and the reasoning behind these changes that will improve offense. We also cover adjustments made since the Testing Grounds, especially with regard to light spam. While we don’t get into the specific value changes for each hero, this video will give you a useful overview as we head towards August 6th.

To prep for the Core Combat Update, we released a lengthy blog post detailing what we learned from the most recent Testing Grounds!

A new emote has been released for all heroes! Head on over to the in-game store and check it out.

Thank you for joining us, and we’ll see you again at the next Warrior’s Den Recap!

Stay safe, and we’ll see you on the battlefield!