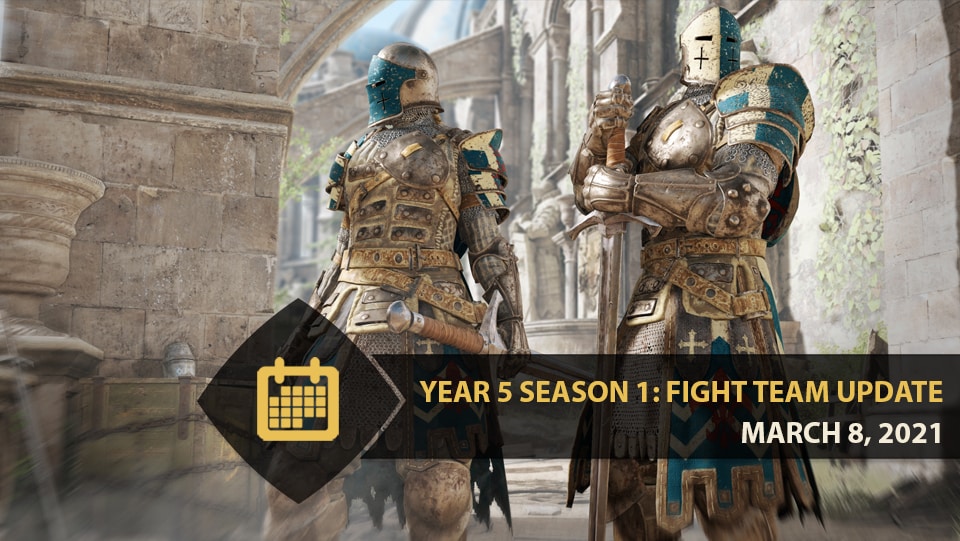 JC here again from the Fight Team, with an update to our plans for Year 5!

We also have exciting news to share about Testing Grounds in Year 5!

Based on your feedback, we felt Warden was almost ready for release. We took extra time to look over the feedback we received, as well as parsed through our data, and ultimately felt that Warden could release almost as-is from the version that was present in the Testing Grounds.

Aside from bug fixes, the one change that stuck out the most was damage on Warden’s Side Heavy Finishers being too high, especially compared to the damage dealt by the Top Heavy Finisher, and so we adjusted it downwards to be more in-line with other attacks.

In addition to this, we’re also changing Thick Blood, which is present on Warden and Nuxia – it is a frequent subject of feedback from players as it invalidates the kit of certain heroes almost completely. To address this, Thick Blood no longer makes the hero immune to Bleed and Fire Damage, but instead heals the hero when they activate Revenge. This ensures that the feat is no longer a hard counter to certain heroes while keeping some utility in group fights.

We are proud to announce that we aim to have the Testing Grounds open more frequently in Year 5 to test upcoming balance changes!

We are looking to bring up heroes that might be lower in viability – similarly to what we did in Year 4 Season 4 with Nobushi and Peacekeeper, the global aim is to improve on heroes considered weak to make them more in-line with the rest of the cast. We would love to see more diversity in hero picks, and this is a big step towards this goal.

Additionally, the feedback we received for Shugoki during the last Testing Grounds indicated players had issues with Demons’ Embrace and as such we’re giving it another go with a new round of changes, going in a similar direction as the last ones but with changes addressing feedback we received from you, our players.

In the next Testing Grounds, you will be able to test not only new Shugoki changes but also multiple other heroes we’re looking to improve. Stay tuned for more details!