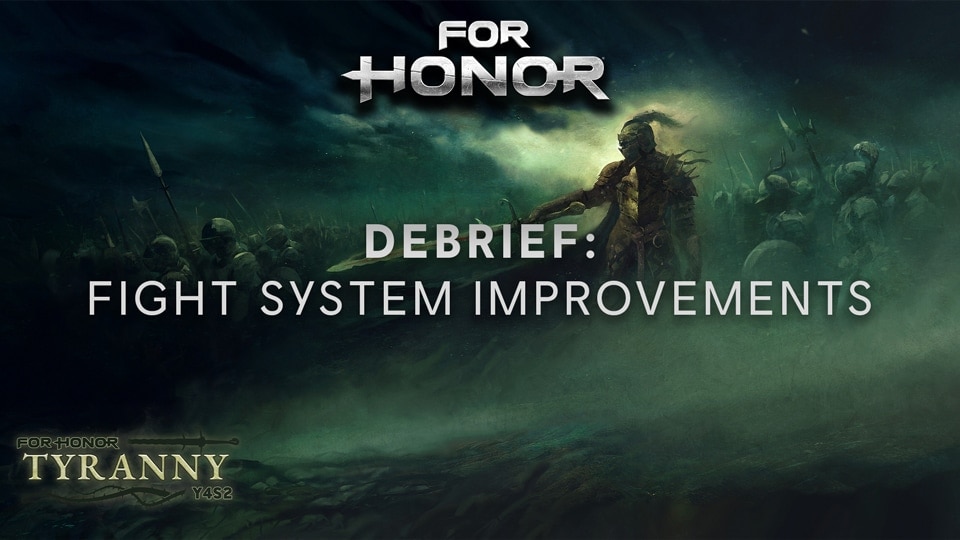 We hoped to get back to you sooner on our Fight System Improvements Testing Grounds. May was a bumpy ride for us all as we transitioned into our new work from home setup. Now that we’ve settled into this new normal, it is time to give you an update on our latest Testing Grounds.

First off, we want to thank you all for your participation. The Fight System Improvements Testing Grounds was our most successful edition in terms of attendance with 25% of the active players participating!

We also want to give a special thank you to The Arena for organizing a tournament in the Testing Grounds context. We did not expect this. This was very interesting and fun to watch, and it also reinforces our belief in the validity of these changes for the future of the game.

What did we learn?

This Testing Grounds changed many things in order to make combat more offensive:

For more details on all these changes, you can go back to the articles we already published:

By making attacks faster, most of them became harder to block on reaction. For the fastest ones, they could only be blocked on “read” (the act of anticipating your opponent’s next move). A positive side effect of this was a shift in attack usage with neutral light being less used on average and an increase in chained heavies. Chained lights, neutral heavies, dodge attacks and Specials remained quite stable with some exceptions for very specific attacks.

The switch to a more offensive meta came out quite clearly in our survey where a majority of respondents confirmed the game felt more offensive than Live.

Respondents also felt overwhelmingly positive about the removal of stamina penalties, despite more mixed feedback on the parry penalty specifically.

Now regarding damage changes, results were mixed, even though we saw a slight improvement with the release of our week 2 patch.

More generally, when asked to judge whether the Testing Grounds experience was better or worse than Live, we saw results that were overwhelmingly positive on PC but mixed on Console.

In the surveys, the main source of player-reported frustration was on the topic of “light spam”. This was similarly visible for both Console and PC players.

Where do we go from here?

After going through the statistical data and the qualitative survey feedback, even though a majority of respondents loved the changes, the amount of people who didn’t cannot be ignored. This is why we did not deploy the Testing Grounds changes into the game earlier.

We know that complaints about “light spam” at certain skill levels are not a new issue that only popped up with our Testing Grounds changes - we have heard complaints from segments of the player base on this topic since launch - and have heard the same complaints whether the attack speeds are as slow as 600/700ms, or as fast as 400ms. We are aware that there will always be a certain amount of frustration from players who expect to be able to react to all incoming attacks - we still need their own attacks to be effective - yet we also want to reduce the sense of how overwhelming it can feel for some parts of the player base. We want players to use Light Attacks and encourage pressing buttons as one part of a fully functioning offense. This will allow players to experiment with the combat system, new heroes, and it makes combat more dynamic. We know "light spam" is certainly not a winning strategy for high level competitive players, but we also don't want it to be too effective for regular players, so part of our edits is to make light attacks feel more fair.

The first step to making light attacks feel more fair at the level of regular players, is to work toward clarifying their functions in the combat system, especially with regards to heavy attacks. In theory, it goes like this:

So, to serve their purpose, light attacks need to have a fair ratio of damage, stamina cost and recovery timing and these are the parameters we’ll be iterating on.

For damage, the global approach is to make sure we adjust light and heavy damage based on the intended functions of attacks. Generally, this means that Lights often are nerfed in damage, while Heavies and especially Heavy Finishers retain their higher damage values. In addition to this, there are certain attacks on certain heroes that we nerfed in terms of attack speed to limit their ability to hit opponents, and therefore reduce “light spam” complaints.

Now, if you are being “light spammed”, it will do less damage to you.

On Live, there are some heroes that can kill an opponent who fail to block all light attacks without spending much stamina. In the Core Combat Update, we will nerf light attack stamina costs globally to 12 stamina cost (from 6) to reduce the effectiveness and ability to kill a player who is unable to block any lights.

We will still remove the stamina penalties on Block/Miss/Parry, as this was a very important step towards making players feel more comfortable about throwing attacks. It’s a very positive change to make the game more accessible and dynamic. We feel that the overall increase to light attack stamina cost should limit the effectiveness of “light spam” at lower levels of play even with these stamina penalties removed, as there was never a stamina penalty for Hit before, anyway. This means that someone who cannot block is much better off in the Core Combat Update than they ever were on Live.

Timing is an essential component in making the game feel more offensive and we’re satisfied with how the new system has made neutral game less static than it is on Live.

That being said, there are particular attacks that may not need to be as fast as they were on Live – such as the neutral 400ms attacks, which we will nerf to 500ms. Additionally, Orochi is singularly blamed by light spam complainants, so we will nerf parts of Orochi’s Light Attack kit, with some compensation on the Heavy Finisher.

With these changes to address the risk / reward of using light attacks, we are confident we’ll be able to get the vast majority of our players, across all platforms and all skill levels, to adapt to our new offensive meta.

We are not planning to do a second Testing Grounds. We feel confident that the first Testing Grounds provided enough data to allow us to identify the major pain points to address, and therefore, these changes will be in the game on August 6th, 2020, as the Core Combat Update. Once released, we will be monitoring the situation closely to make the necessary adjustments as swiftly as possible, and we will be relying a lot on your feedback, so we’ll be counting on you to keep it coming.

The team is super excited for these changes to go live. We’re confident this will make For Honor healthier, with more dynamic games that are more fun to play and watch, especially in Competitive settings.

Please note that the changes mentioned in this article are not the only changes that will be part of the Core Combat Update, but we’ll share more details about the specifics as we get closer to August 6th. Until then, stay tuned!