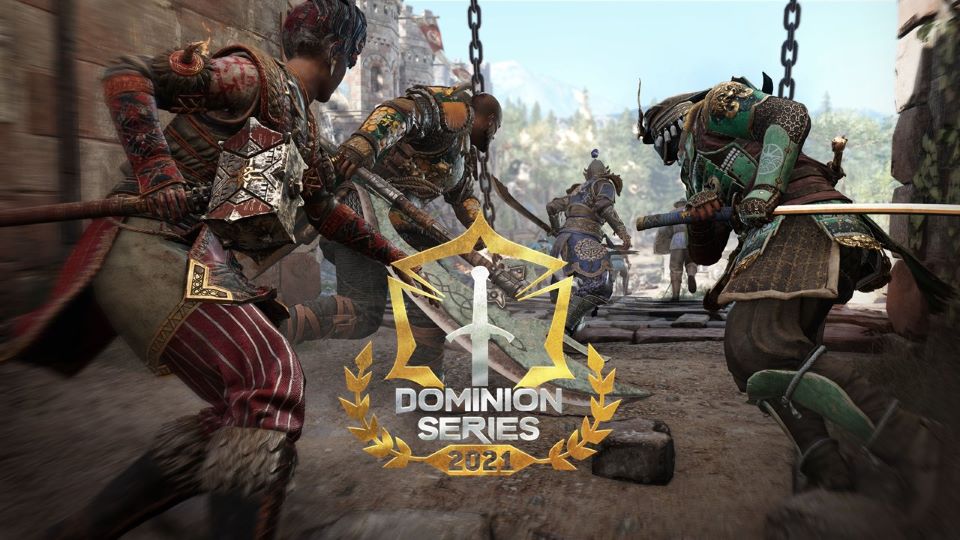 Following the Stage 1 Major that concluded on May 29th and the launch of Year 5 Season 2: Mirage, players have been competing in the four qualifiers to secure points that will be counted towards the Finals. Winners of each qualifier have been invited to compete against each other in their respective regions during the Stage 2 Major broadcast, where they will secure cash prize and more points.

A quick reminder: the 2021 Dominion Series is the second iteration of Ubisoft’s official For Honor PC competitive program for NA and EU regions, with a total prize pool of $65,000. Competing teams face off in the 4v4 game mode, Dominion, and fight their way to the top for a chance to be claimed For Honor Dominion Series Regional Champions. The program consists of four stages, one for each season. Stages 1 through 3 consists of four qualifiers and a Major, while Stage 4 consists of one Last Chance Qualifier (LCQ) and the Finals. Read more about the program on our battlefy page here: https://battlefy.com/dominionseries

Major Format The Stage 1 Major consists of the 4 winning teams from the Stage 1 Qualifiers. They will compete in a double elimination format with the initial bracket seeding based on order of qualification. All matches will be played Best of 3, including a bracket rest for the Grand Finals.

For the 3 Majors and the Finals, we will be deploying Azarus Challenges to give all viewers a chance to earn and win great For Honor prizes.

For each event, viewers will be able to unlock 5 tiers of rewards by watching the streams and correctly answering Challenge Questions. Prizing tiers are unlocked by accumulating Points. Viewers will earn 1 Point for each 10 minutes watched and between 1 - 5 Points for each correct answer.

Additionally, the 3 players who earn the most points in each of the 4 events will earn the Grand Prize of 100K of Steel.

Here is the breakdown of the tiers of rewards for Stage 2: Stage 1 Major consisted of action-packed, intense matches including upsets from the number one seeds of each region.

Nemesis Esports, champions of the 2020 EU Dominion Series, were favored to win this year’s iteration of the Dominion Series until they were caught by El Collectors in the Stage 1 Winners Final, who secured a 2-0 victory into move onto the Grand Final. Natural Mind Games proved their strength by securing the final spot in the Grand Finals against Nemesis Esports in the Lower Final with another 2-0 victory.

In the EU bracket, Natural Mind Games became the Stage 1 Major winners over a 2-1 victory against El Collectors.

Nemesis Esports and El Collectors will make a return to the Stage 2 Major, eager to take the crown.

Guidance Gaming (GG) were champions of the 2020 Dominion Series of the NA region and also favored to win this year’s 2021 Dominion Series. They flawlessly moved through the Stage 1 Major all the way to the Grand Finals undefeated, where they met Team Killing Service (TKS). GG had defeated TKS in the Winners Final 2-0 prior, but TKS ran the bracket back after securing their win against UwU Gang in the Lower Final, and ultimately getting their revenge by defeating GG in the Grand Finals with a 2-1 victory.

Guidance Gaming and Team Killing Service will once again make a return to the Stage 2 Major, hungry to secure the Winner Title.

While the qualifiers are not broadcasted, a few community members took it upon themselves to spectate matches and commentate.

Make sure you follow Norgoz on Twitch and Youtube, who has been following the Stage 2 NA Dominion Series closely.

And don't forget to follow the For Honor Discord Dojo channel on Youtube, who have hosted watch parties for those interested in the Stage 2 EU Dominion Series.