This Week in The Division 2 – September 4

The State of the Game this week dropped a ton of new information about the upcoming Title Update 11.

The Public Test Server (PTS) for Title Update 11 and its dedicated forums are online for PC players! TU11 will be introducing a new Gear Set, a new Gear Brand, new Exotics, new weapons and named weapons, and more. While the full patch notes are available on our PTS forums, here’s a quick recap of what you can expect:

New Brand Set: Belstone Armory
A new sustain-based tank brand that focuses on keeping the agent alive in more active environments. With Armor Regen, Armor on Kill, and Incoming Repairs as the 1, 2, and 3-piece bonuses. The named chest piece for this brand will have Perfectly Efficient and the named backpack will have Perfect Bloodsucker.

New Gear Set: Hunter’s Fury
A new set meant to empower agents who like to get up close and personal with the enemy, Hunter’s Fury is a callback and counterpoint to the Hunter’s Faith set from The Division. Instead of snipers, this set boosts SMGs and shotguns while crippling enemies close to you.

New Exotic Submachine Gun: Backfire
High-risk/high reward boiled down into a submachine gun. This new SMG will put out increasingly high damage with the tradeoff of self-inflicted bleed whenever you reload. As the damage you deal creeps up higher and higher, so does the price of reloading.

New Exotic Backpack: Memento
An exotic made for hybrid builds; Memento will cause slain enemies to drop trophies that increase your agent’s lethality and survivability for a short while. It also grants a longer-term stacking buff, meaning that the more foes you defeat, the more dangerous you become.

There’s so much more, including the Shrapnel Trap skill variant, buffs to Hazard Protection, new weapons and named variants that utilize unique attributes rather than perfect talents, and a plethora of balance improvements and bug fixes. 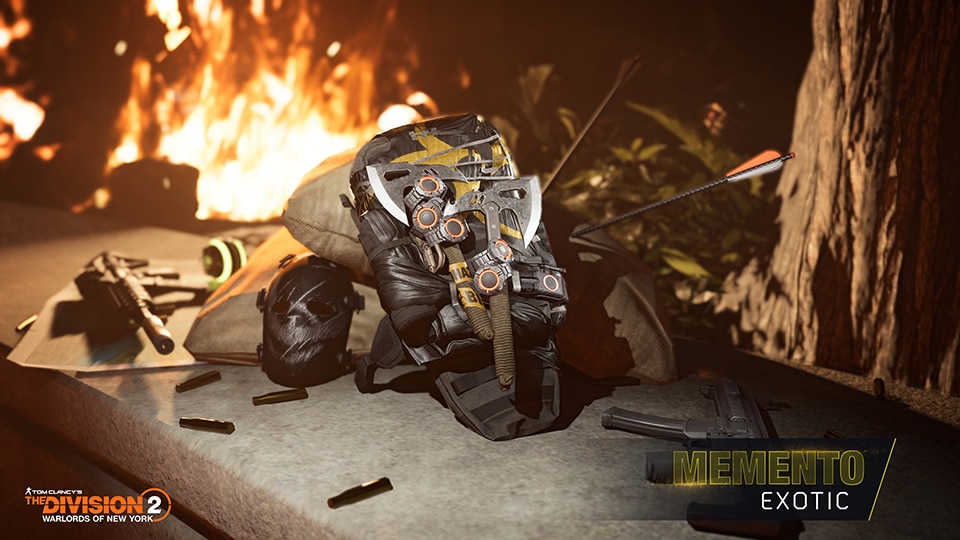 Also coming with Title Update 11 and featured on the Public Test Server (PTS) is our new PvE Game Mode – The Summit. Summit will put you and your squad against a high-rise with 100 floors of enemies with increasing difficulty, changing modifiers, and exciting rewards. Global difficulty doesn’t apply here, instead the challenge will increase as you ascend through the floors. You’ll be able to select what floor you want to start at in intervals of 10, so long as you have made it that far before. The Summit can be played entirely solo or with 2, 3, or 4 other agents in a group – and will scale accordingly.

The Summit game mode is included as part of the Warlords of New York expansion and is available to test out on the TU11 PTS right now. We look forward to your feedback!

Upon completing all 100 floors of the Summit your prize is the new Exotic Chest Piece: Ridgeway’s Pride, which is a self-sustaining gear piece that increases in effectiveness as you have more enemies bleeding. You’ll still find plenty of traditional loot on your way to the top of the high-rise too.

The Division 2: Warlords of New York enters its final weeks of Season 2 – Keener’s Legacy with the second-to-last event of the season; The Titan League. The Titan League extends to the end of Season 2 on September 15 and is predominately focused on the Black Tusk faction. This league will challenge you to complete the Tidal Basin stronghold, the Pentagon, and Lincoln Memorial missions on Hard; as well as the DARPA Research Labs mission on Challenging as quickly as possible. There are also challenges for disrupting hostiles and eliminating Black Tusk Elites.

Earn ranks by completing stages of each of the challenges. With enough ranks, you can earn the Titan Beetle patch, various gear and material caches, an Exotic cache, and The Poseidon backpack trophy as the final prize. 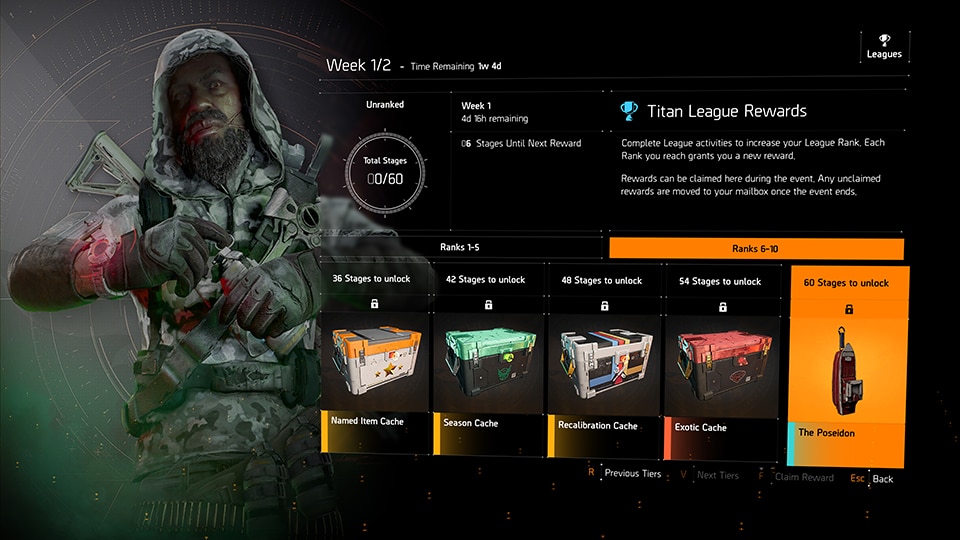 As a reminder, all the targets for the Season 2 Manhunt are now available. Once you take them all out, Hornet will be revealed as well, giving you a chance to earn the unique Repair Trap skill variant. Make sure you’re up to date on everything happening as the season comes to a close with our Season 2 Wrap Up article.

There was a maintenance on September 1 to address some issues with the Sniper Turret sometimes not aiming and firing properly, as well as a fix for the final boss of Tidal Basin sometimes not having a proper checkpoint on Heroic difficulty. Additionally, Season 2 level skips are now available in the store.