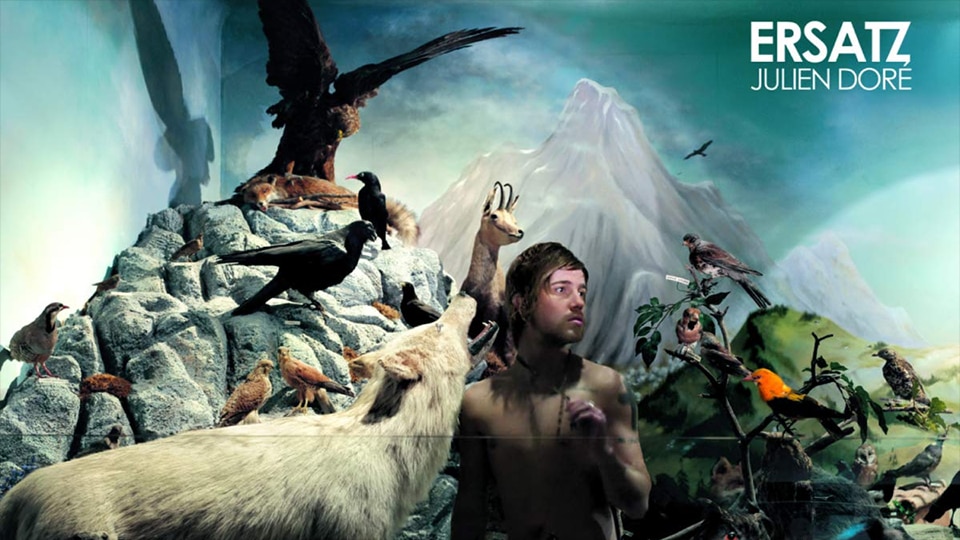 Julien Dore's meteoric success may have begun in 2007 with winning the French talent competition show Nouvelle Star, but developing that talent was a lifelong process. Julien had honed his craft throughout his school-age years and across several different bands prior to his appearance the reality show. During those years, he learned songwriting moves that add surprises to draw listeners deeper into his songs. "Les bords de mer" – a song about yearning and loss – shows how making one such small change can enhance the entire emotional impact of a song.

The song begins with the open chord progression Em – C – G. Before moving to the C – Am – Em of the chorus, one measure of F# extends the last phrase of the verse in a surprising twist. What is that chord? It helps to do a little theory homework and start with the E-minor key, or sonic home base of the song. If we take a look at the chords that are functional – or that sound good in terms of classical music theory – in this key, there are seven chords that "work": Em, F#dim, G, Am, B, C, and D#dim. F# doesn't occur in this pattern (F# sounds very different from F#dim in practice). So, where does F# come from, and why does it sound good? In short, it's what theorists call a secondary dominant. The fifth chord of a key (In Em, the chord B) sounds great when it resolves to the first chord (in this case, Em). Instead of making this move, Julien moves one step further away from "home base," using chord five of the key of B. For one moment, the song shifts into B-major, borrowing F# from that "secondary key" and then immediately shifting back to the key of E-minor after that chord is done. The resulting progression tricks your ear into hearing B – chord five from Em – on the way back. Giving that chord an extra measure to itself further exaggerates the illusion.

Then, the song takes yet another turn. Rather than going back to Em, it changes with a deceptive cadence to C. This is another common move in classical music, tricking your ear into hearing something that sounds like the home chord but really resolving to something else (hence "deceptive"). The compounded secondary dominant followed immediately by a deceptive cadence puts the chord progression in a state of limbo, keeping you from hearing Em again until the chorus resolves. Even though the song begins and ends on Em, it doesn't really sound like Em, and that's kind of the point. Rather than the same chord progression you'd find in countless other songs (not that there's anything wrong with doing that!), the off-kilter symmetry of this chord progression makes the song feel all the more unresolved, aligning with the themes of yearning and loss from the lyrics.

Not every modern pop song follows the rules of music that was written hundreds of years ago, but in this instance those labels can help to explain why the song has the feel that it does. The harmonic twists and turns Julien wrote into "Les bords de mer" come straight from the functional harmony rulebook. By breaking the harmonic expectations his listeners may have, Julien is able to take them along for a greater emotional ride than without. If you want to write a song with twists and turns, try using these tricks to surprise your listeners.