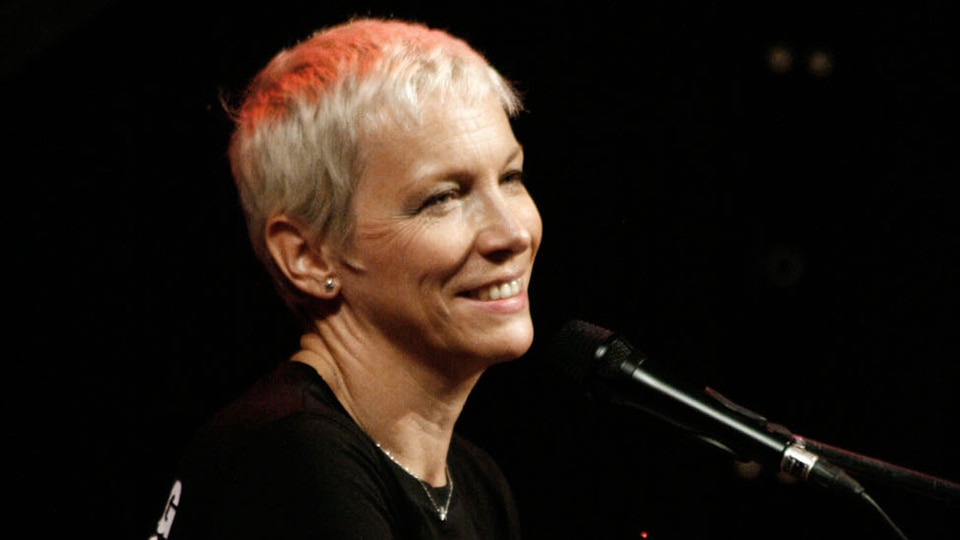 Roughly a decade after Eurythmics rocketed to stardom, songwriter Annie Lennox embarked on her first solo album, Diva. An opportunity to establish a musical identity independent from the one fans already knew from Eurythmics, Diva proclaims Annie's stature as a solo artist, foregrounding her songwriting and powerful contralto voice. "Walking on Broken Glass," a defining single from the album, shows where Annie's songwriting really shines -- using contrast to develop the emotional intensity of a song and to bring listeners into an emotional maelstrom.

The lively string part in "Walking on Broken Glass" belies the emotional turmoil underneath the song's surface. The song lays bare the turbulent emotions of trying to carry on through the pain of a breakup. Annie uses the metaphor of an explosion to show the intensity of the pain: living in a room with blown-out windows, walking barefoot over the broken glass, and yearning for her lost love to come and rescue her. Framed against the cheerful, buoyant string part, this imagery creates cognitive dissonance, where the lyrics push back against the music.

Not only to the lyrics create cognitive dissonance with the music; the music contrasts against itself from section to section. What begins as an upbeat, syncopated string part in C major during the chorus follows a deceptive cadence to a lush A-minor chord at the end of each verse. The sudden shifts in key, texture, and rhythm intensify the protagonist's desperation, moving from the determined action of "walking on broken glass" to the anguish of "since you've abandoned me, my whole life has crashed." This harmonic move happens three times in the song, each time gaining more intensity. In the final instance, the move to A minor shifts from being descriptive to making a plea: "take me from the wreckage, save me from the blast."

It's not uncommon to view a songwriter's first solo album as a proving ground, weighing its success against their previous musical projects and asking snarky questions about the division of labor between an artist and their other musical collaborators. Doing so runs the risk of discrediting everyone's musical contributions and forcing an artist to forever be measured against the talents of previous bandmates. Unfortunately, many reviews of Diva assessed the album exactly this way. And it's true -- with Diva, Annie succeeded in establishing a new musical identity outside of Eurythmics fame. But instead of proving that Annie can survive independently of Eurythmics, her work on Diva affirms how essential her writing is to all of her projects. As a standalone album it is a masterclass in emotion, and in the context of Annie's discography it shows how her songwriting is the backbone in all of her music.