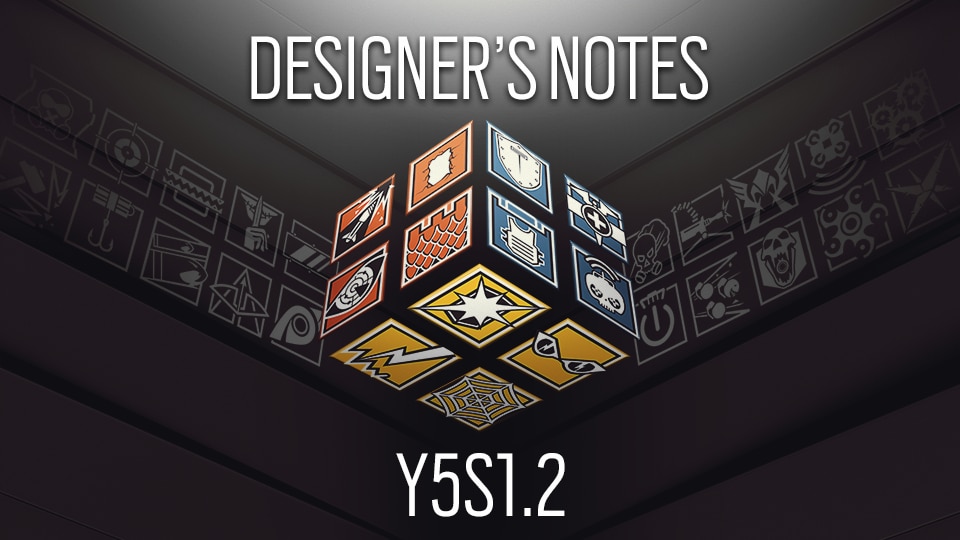 Recently, an interview took place where we made the following statement:

“So, if professional players are not happy with our proposed features, then that means we are going in the right direction.”

We wanted to take a moment to clarify the intention behind this. It is true that part of our balancing efforts is to push every player, professionals included, out of their comfort zone. This does not mean we are going about things to be intentionally frustrating for these players, but instead make adjustments to ensure our professional players are the best at the game as a whole, and not a specific update or meta. We also have to consider the entire player-base, and while some aspects of professional play will trickle down to general matchmaking, not all do (Goyo for example).

When it comes to the highest level of play, we find a few things to be true that we would like to share.

We would also like to outline how we plan to address the concerns raised over the recent changes, and our previous communication. 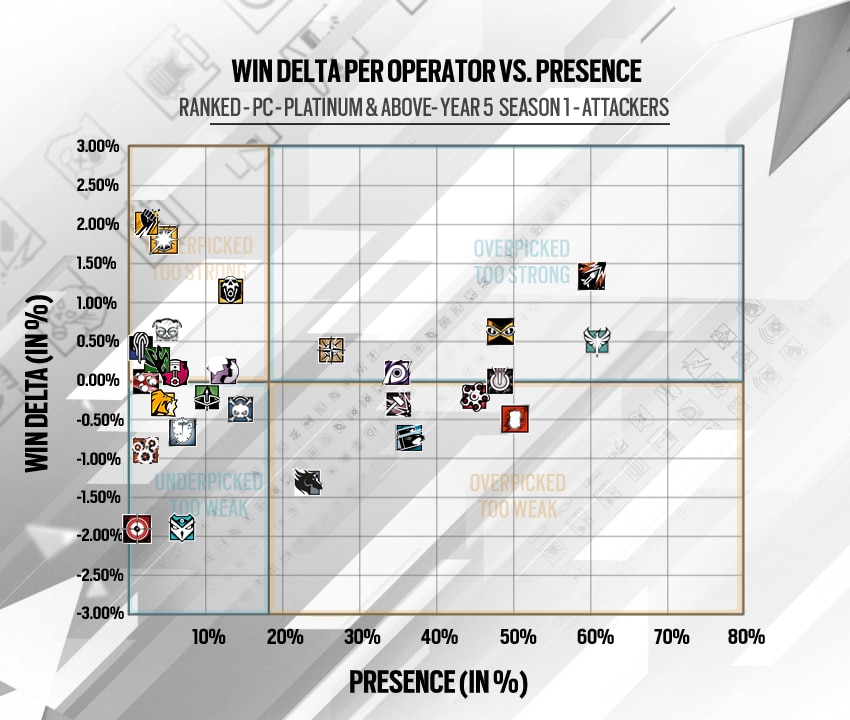 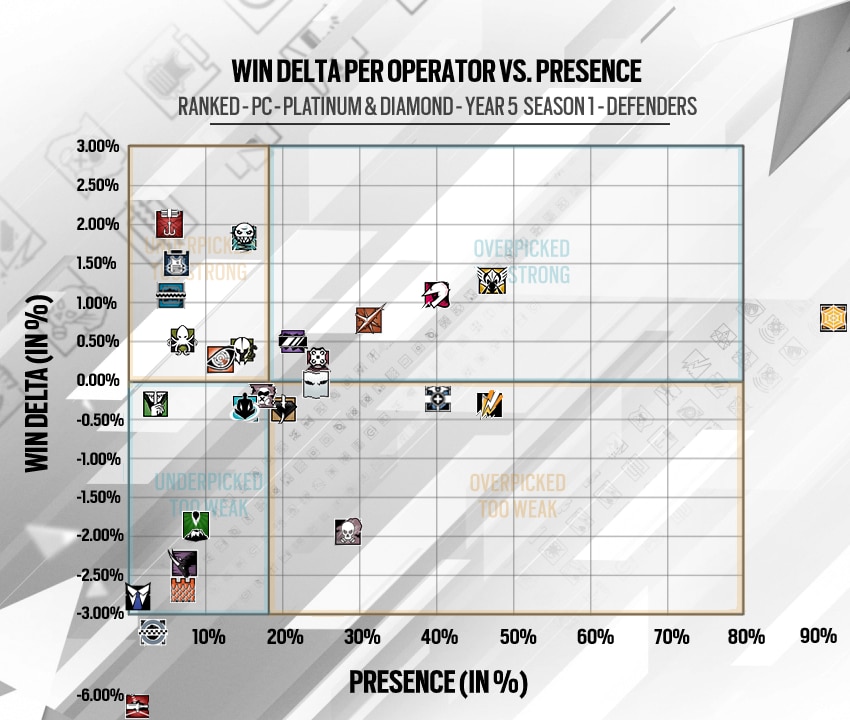 Please note that we are using presence to gauge the popularity of an operator. This notion had to be introduced to reflect the implementation of the pick & ban. Presence definition: pick rate of an Operator when not banned. Win Delta: The Win Delta is aggregated from Operator’s Win Deltas per map. We usually compute it per map and per bomb site for more precision. 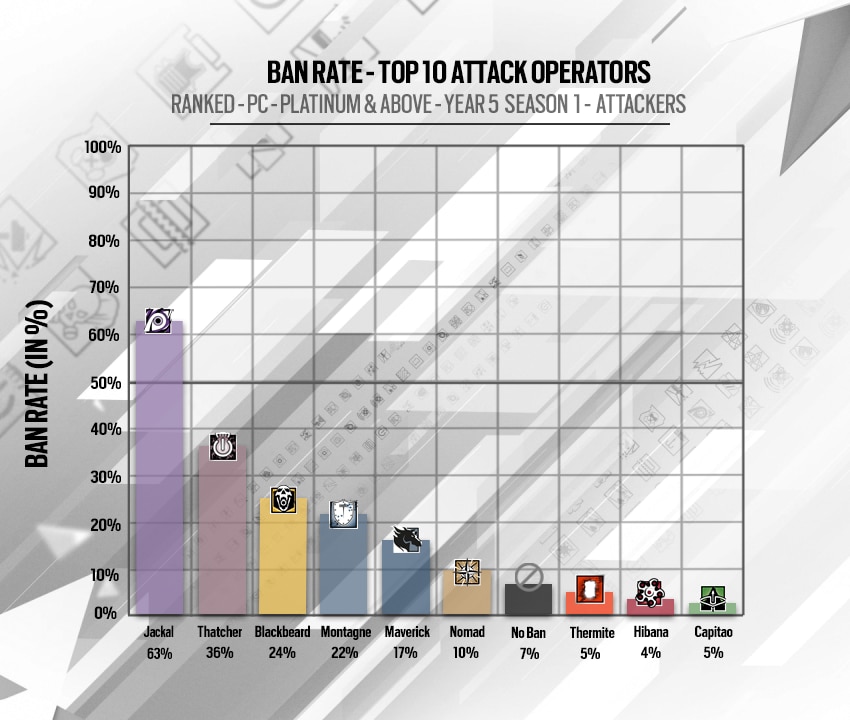 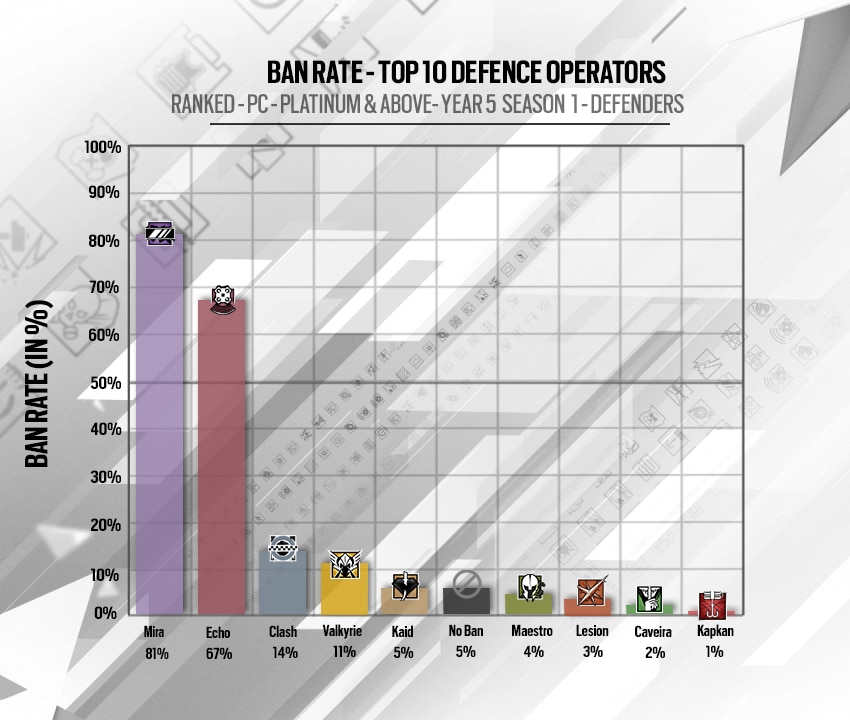 Ying is not yet where we would like her to be in terms of presence and her Win Delta has decreased since the update Y4S4.3. Adding an extra Candela should strengthen her performance and give her more option when pushing towards the objective.

Replacing her Claymore with smoke grenades aims at improving what she brings to the team. Playing Ying does not require a lot of interaction with your teammates. We want to increase the level of synergy she deploys when spearheading. At the same time, smoke grenades are useful to circumvent utility such as Black Mirrors and deployable and Goyo shields. We expect her to be more at ease and faster when rushing, as she won’t rely as much on droning thanks to her improved primary and secondary gadgets.

Her LMG has also received a damage boost, to reinforce her ability to win duels. Despite decent stats, her gun does not quite perform as we would like. We are monitoring its performance and will adjust accordingly if needed.

Just like Frost (#C9Holo) and Vigil (#BOSGACOG) previously, we have decided to offer the option to equip Caveira’s SMG with the Razor Holographic. This should not drastically impact the gun or the Operator performance and is just a pure quality of life change.

The TCSG12 proved to be an extremely powerful weapon, able to kill any Operator with two body shots. We have monitored the performance of the gun since its addition in Operation Wind Bastion and he have decided to reduce its damage in order to even the odds during duels. To compensate this radical change, we have added 10 extra slugs to Kaid and Goyo’s pouches. After this change, two shots will put any 1 and 2 armor Operators in a DBNO state and 3 armor Operators will require 3 shots to get in the same status.

Jäger has been incomparable in terms of presence and win delta for an incredibly long-time. We have recently fine-tuned his 416-C which led to a reduction of his K/D ratio.

We started to explore how much we could tweak the German gunner to try and get him a bit closer to other Operators. Jäger was amongst the most mobile defenders and could rely one of the most praised weapons in the game on top of an incredibly useful utility. Our drive is to develop and improve core mechanics of our Operators. We are creating new synergies and interactions and making ample room for every one of them to have a distinct role to play. More options are still on the table for him and we are still considering other areas to affect his current impact in the game.

Mozzie is currently one of the most versatile Operator on defence. He boasts an increased presence which can be justified by several factors. Due to his speed and very decent primary weapons, he is a great roamer who brings a lot of utility to the team. When paired with Mute, droning against Mozzie becomes extremely treacherous. On top of it all, this duo brings two prized Nitro Cells which makes them extremely dangerous.

By removing the Super Shorty from his loadout, we aim at not only removing Mozzie’s ability to remodel bombsites, but also to address his capacity to create escape routes on the fly while roaming.

Buck was viewed by many as a very balanced Operator, but we noticed that he brought unique opportunities to the attacking team and was incredibly potent on many bombsites. He could rely as well on frag grenades that are extremely strong in the current meta. Sledge, who can be used in similar situations, cannot breach ceilings or upper walls, however.

By removing his frags and giving more gadget ammunition, we expect players to have to operate a choice between an excellent downward attacker and a versatile soft breacher.

Goyo performs very differently depending on the level of play. As you can see in the balancing matrix above, he is not performing greatly as he suffers from a low presence and a low win delta. This change is directed towards the current Pro League META, which is currently utility heavy. We hope that it will alleviate some of the frustration stemming from his increased influence at a professional level.

Try out the latest Rainbow Six updates on the Test Server and earn and exclusive charm through the BugHunterProgram.