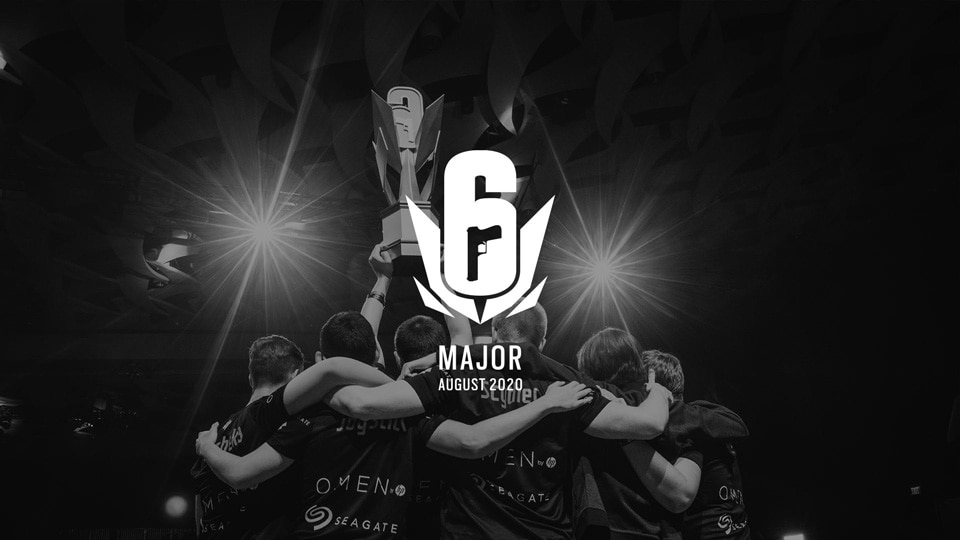 As we are preparing for the upcoming launch of the Season 2020 - Stage 1 of the new Rainbow Six Esports regional leagues later this month, we have new information to share regarding the Six August 2020 Major. Due to the ongoing COVID-19 pandemic and as the health and well-being of our teams, developers, players, partners, and audience is our first priority, we have taken the decision to switch the format of the Six August 2020 Major from LAN to online.

You will find below some details about the new direction we are taking for each of our 4 regions, North America, Europe, Asia-Pacific and Latin America. We’re confident that this alternative format will maintain high competitiveness in our programs as well as create the exciting moment we are all waiting for to mark the end of the stage,. Let’s take a look at what changes will be implemented:

Throughout the entire month of August, online events will be held across Europe, North America, Latin America, and Asia-Pacific to provide a chance for teams to prove that they are the best in their region. Rainbow Six Esports fans can already mark the dates, the schedule for each of the regional events is as follows:

In addition to proving their dominion over their region in Stage 1, teams will also battle it out during these online events for their share of the Six August 2020 Major prizepool, $125,000 being allocated to each region. Here are the first details about each region:

The North American region will see 4 teams compete online in the Six August 2020 Major. At the end of Stage 1, the top 3 US Division teams will be invited automatically to join the Major. The 4th team will be selected through a North American Qualifier opposing the 4th, 5th and 6th ranking teams of the US Division and 1st place team of the Canada Division.

Based on their performance during the online event, the teams will get a share of the $125,000 total prizepool as follows:

In Europe, the top 4 teams at the end of the Stage 1 of the European League will qualify to compete online at the Six August 2020 Major European event. Based on their performance, the teams will get a share of the $125,000 total prizepool as follows:

In Latin America, the Six August 2020 Major will adapt to the 3-division structure of the region. At the end of Stage 1:

In Latin America, the $125,000 total prizepool of the Six August 2020 Major will be split as follows: Brazil Division online event:

In Asia-Pacific, the Six August 2020 Major will adapt to the specific structure of the region. At the end of Stage 1:

To sum up, for our revamped online Six August 2020 Major, each region will run its dedicated format, tailored to the structure of its league. More details on the specifics of the formats and schedules will be shared by each region later on.

As the regional leagues and the Six Majors are part of the journey towards a qualification to the Six Invitational, the revamp of the Six August 2020 Major also led to adjustments to the way points for the Global Standings will be distributed during Stage 1. In order to maintain a point distribution that acknowledges online performances in Regional leagues, Global Points will be distributed as follow For Stage 1

Additionally in Stage 1, the LATAM and APAC regions who cannot determine a regional top 8 through online play only will have teams from their sub-regions (respectively Brazil, Mexico, LATAM South and APAC North & South) ranked in the regional top 8 as follows: