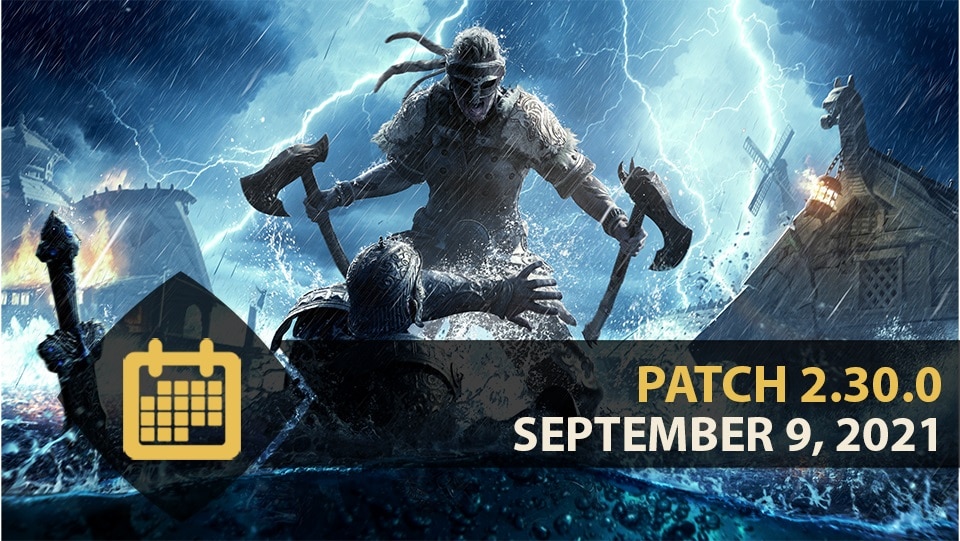 Developer's Comment: The Renown gain when defeating an opponent was too skewed towards who dealt the last hit, and as such we’ve increased the Assist reward to compensate this.

Developer's Comment: The large gap between Boosting and Contesting zones made contesting more attractive than boosting, leading to situations where players preferred letting a zone be contested so they could gain renown at a faster pace. This effect should be minimized with this change.

Developer's Comment: The first week of testing indicated that matches were longer than anticipated on average – one cause of this was the lowered point gain from the Minion Lane.

In the first week of testing, players focused on Side Points much more than the Minion Lane, and as such were spending very little time clearing minions; this lead to lowered point gain as teams control the Minion Lane for shorter periods of time. We want players to still consider the Minion Lane as a good place to gain points and to spread apart, so this change is aimed at making sure that the Minion Lane is still an attractive place to focus efforts towards.

Known Issue: Please note that diagonal back dodge will no longer work for the time being as a result of this fix.

Developer's comment: Before this change, players could sometimes experience moment where they would input a dodge using a direction and end up dodging in a different direction due to how they were facing relative to the camera. This was move visible when target-swapping between multiple opponents. With this change, players should now always dodge in their desired input direction, regardless of their orientation relative to the camera.

Developer's Comment: We decided to revert the changes we tried in the Testing Grounds; the feedback we received and our data both indicate that Raider was underperforming in group fights with the Uninterruptible Stance starting later. We did, however, fix the issue of Raider's Heavy Finishers' Uninterruptible Stance that was starting at 0ms -- it is now in-line with other attacks.

Developer's Comment: Raider's Zone Attacks are a large part of the hero's identity -- with these changes, they should now have adequate pressure in combat and let Raider flow better.

Developer's Comment: Raider suffered from problematic attack speeds; while we want the hero to feel slow and powerful with large, slow swings, we also must account for viability with the hero's attack speeds. With these changes, Raider should now have Guard break punishes that are more in-line with the rest of the cast as well as not be restricted to using side Light attacks in chains.

Developer's Comment: Raider was forced to perform a Heavy Finisher or a Raider's Fury after a chained Heavy Attack - this flow made Raider too predictable. With these changes, Raider's flow should be improved in these situations and let the hero be less predictable.

Developer's Comment: Raider's attack recoveries were often slow, to account for the realism of the weapon swings, but this left Raider too open in multiple scenarios and made the attacks feel sluggish. To address this, we've sped up the recoveries of a majority of the hero's attacks; with these changes, multiple moves should no longer be vulnerable on hit and on block and leave Raider with a large frame disadvantage.

Developer's Comment: These changes should bring two major new options for Orochi -- they should make the hero more agile in outnumbered situations and open up new offensive routes in 1v1. We received a lot of feedback on the timing of the Dodge Cancels, and as such have set it to 200ms instead of the previous 333ms used during the Testing Grounds; this should help Orochi flow better as well.

Developer's Comment: Orochi's Light Finisher was problematic; it was both lackluster at high levels and too frustrating at low levels. As such, we've removed the option, but instead gave Orochi the same combo attack the hero previously only had on Top Light; Orochi can now use a quick combo Light attack after every non-Bash Opener, including Dodge Attacks, to guaranteed a bit of extra damage and flow better. We hope that these changes will address the frustration from light attacks at the same time as give the hero stronger offense at higher levels of play.

Developer's Comment: Storm Rush's previous incarnation did not perform as intended; players were able to block on the quick side, then react to the slower sides as needed. This made the move lackluster and barely used -- we've updated it to be more in-line with our expectations of a 1v1 mixup tool, especially with Orochi's new options, and being accessible from Front Dodge should help in mixups as well as catching opponents who try to run away from the hero.

Developer's Comment: Orochi was lacking in viable openers; while the hero was relatively strong as a counter-attacker, it was difficult to force a reaction on opponents and open them up. With this new move, Orochi gains a move opponents cannot ignore, and must deal with; with the new Dodge Cancels, Orochi also gains access to additional mixups and should flow better than before.

Developer's Comment: Riptide Strike was initially intended to be Orochi's 1v1 dodge attack tool, but the lack of iframes on the attack, as well as its speed, made it lackluster. With these changes, the attack should perform its role much better and grant Orochi an excellent 1v1 counterattacking tool.

Developer's Comment: Zephyr Strikes were underperforming in group fights, as well as against heroes with low recovery attacks, because they were interrupted on block, lowering Orochi's potential as the hero's offense was easily stopped. With these changes, Orochi should now have a viable dodge attack in group fights and be able to flow better.

Developer's Comment: Orochi's Side Heavy Finishers had little function; you were always better off using the Unblockable Top Heavy version and the side versions were not useful in outnumbered situations. With these changes, the attack should be a better tool to keep Orochi's opponents off and let the hero defend better in these scenarios.

Developer's Comment: Hurricane Blast was too situational; the attack was very rarely used and had a very low success rate. As such we've combined the best of both worlds; we've removed Hurricane Blast, but improved Wind Gust so that it performs both its old functions, as a guaranteed Deflect attack, but as well let it beat Uninterruptible Stance attacks like Hurricane Blast. With these changes, we're hoping that Orochi does not have the illusion of choice anymore, and can effectively perform a strong Deflect attack every time the hero Deflects.

Developer's Comment: Orochi's Zone Attack felt lackluster, even with the changes from the Testing Grounds. One of the most requested options for the attack was for it to initiate chains, which is what we added to the hero. Orochi should now be able to perform a Zone Attack to initiate offense and pressure opponents.

Developer's comment: The Warlord's Crashing Charge has been an overly powerful move for some time, with its Uninterruptible Stance properties and unhealthy ability to chain into itself when Unbalancing or Wall Staggering. We hope these changes bring the move back in line with the intended power level while keeping its uses as a ledging tool and guaranteed damage off Wall Staggers.

Developer's comment: The reason it didn't work properly before is that having the effects at the different thresholds, combined with the effect they performed, combined to be unable to query the correct HP threshold that the Tiandi was at. For this reason, Rally Call, Sacrifice and Vital leach are now using only the 50HP Threshold, and Indomitable will only use the 25 HP Threshold.