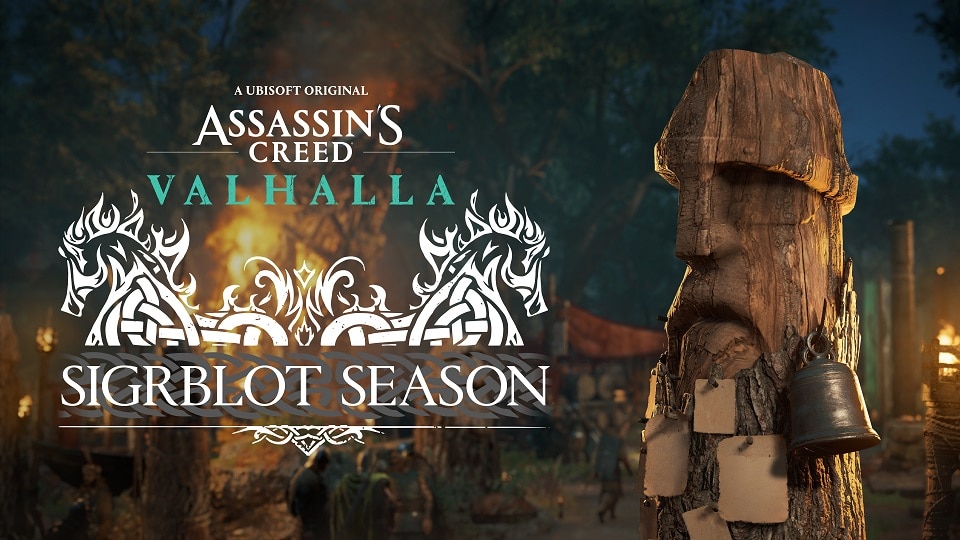 Summer has begun in Assassin’s Creed® Valhalla with the Sigrblot Festival, which is free for all players. This limited-time event ignites Ravensthorpe starting July 29 with new activities, quests, and rewards. To train for the raiding season, the one-handed sword makes its debut! Players will also receive 50 free Opals to celebrate the start of the season. Read on to gain favour from the gods and prepare for the ultimate test of war, The Siege of Paris. Raiding season is almost here! Rivers are high, clearing paths for new arrivals to Ravensthorpe. During the Sigrblot Festival, a limited-time event available from July 29 to August 19, fires blaze and forges glow, adding to the heat and lust for battle. Training, preparation, and sacrifice are essential but they’re worth the rewards. Whether you raid England or prepare to invade Francia, the gods will be on your side!

Important Note: Players must reach England, complete one of the first two narrative arcs (Grantebridgescire or Ledecestrescire), and be at least Settlement Level 2 to participate in the Sigrblot Festival. To celebrate the glorious incandescence of the community and the Sigrblot Festival, players will get 50 Opals for free! Log in to Ubisoft Connect to claim this reward when the festival begins on July 29 and spend them on premium items in Reda’s Shop.

We’re also fanning the flames of your arsenal with the highly anticipated community request, one-handed swords! Get a taste of the sizzle by participating in the Test Your Metal activity and exchange hard-won festival tokens at Norvid’s shop for one of your very own! Ravensthorpe abounds with travelers and new settlers looking for a taste of battle. In preparation, three new replayable activities are available during the Sigrblot Festival: Test Your Metal, War Games, and Fight or Flyte.

In Test Your Metal, players can hone their skills using a variety of weapons in brawl-like matches. Equip armor and rations of your choice to fight alongside your Jomsviking in this friendly tournament. The choice of weaponry is limited, but up to you: dual daggers, dual shields, or the one-handed sword!

Orlog! In War Games, Alwin brings his Orlog set to challenge Eivor during the festivities, so gather your gods.

Fancy yourself a flyter? Hold a battle of wits with Ake in Fight or Flyte and double your bet with festival tokens. Test your might and see how you do!

Complete activities to earn tokens, which are redeemable for exclusive rewards at the festival shop. New settlers, new quests. Help Eivor and the Raven Clan prepare for upcoming raids and for the war with Francia. For safe and bountiful journeys for your clan, select offerings to the gods like Thor, Freyja, or Baldr. Help Braun prepare for the Sigrblot Festival’s sacrifice in The Three Big Pigs, where he’ll let you in on his plight. Contribute to The War Effort by completing festival activities and quests and by gathering supplies for The Siege of Paris.

Dedication to the Raven Clan can also earn players tokens for use at the festival shop. 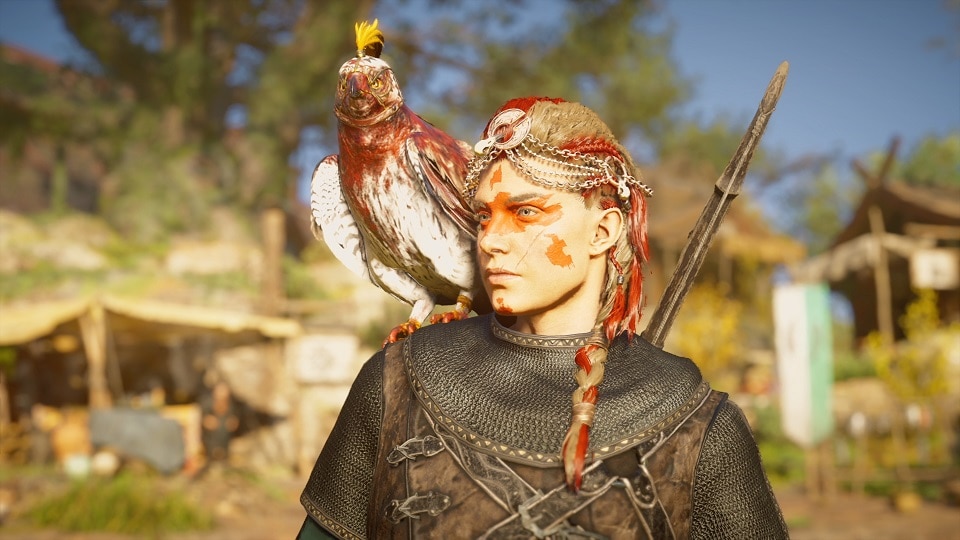 Norvid is at it again, kindling his shop for the Sigrblot Festival. Here you’ll find exclusive rewards, including the festival’s one-handed sword, available for a limited time only. Use tokens gained from completing activities and quests for an exclusive mount, weapons, gear, tattoos, and settlement cosmetics. These fiery rewards are a blazing addition to Eivor’s hoard. Travelers speak of an emerging threat to the Raven Clan. On August 12, sail to Francia with Eivor in the second expansion, The Siege of Paris, to find out if the disturbing rumors are true. Explore the lush countryside, forge alliances, and behold new enemies of all sizes. Choose how you’ll complete objectives and infiltrate the corrupt and war-torn land with the introduction of Black Box Infiltration Missions. Engage the forces of Charles the Fat and set Paris aflame. Visit the post-launch roadmap to infiltrate further.

More details will be available soon, so stay tuned. Thanks for playing and enjoy the opals, one-handed sword, and Sigrblot Season. To fully prepare for the battle in Francia, try these combat tips by @JorRaptor in collaboration with Gameplan.